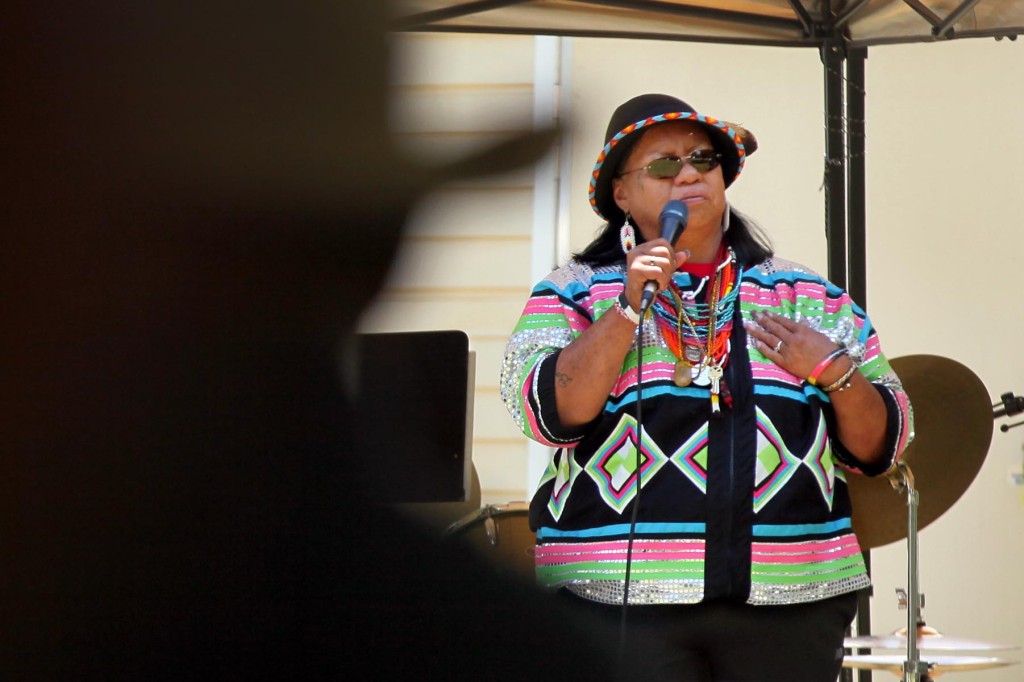 BIG CYPRESS — On one hand, Mike Allen Smith’s life ended too soon for loved ones to bear. On the other, his death left a legacy of hope and love for all to share.

“We did not lose Mike. He may not be here for us to touch, hug, hold and talk to, but all things happen by God and after a tragedy we have to remember that God is wonderful and Mike is still with us,” said Janice Billie during the third annual Mike Allen Smith Memorial April 12.

About 70 relatives and friends gathered at Oneva Smith’s home on Big Cypress Reservation to honor the life of her brother whose time was cut short in March 2010 by an accidental drug overdose. He left behind the joy of his life – his daughter Julia, now 11, whose early years with her dad were depicted in a collage of laughs and cuddles posted on a photo board.

Billie and others who, like Mike, had struggled through battles with drugs and alcohol, spoke about how the carpenter and chickee builder enriched their lives.

Martha Tommie said she did not realize she knew Mike until she was in recovery at the same Ocklawaha treatment center in Marion County a few years later. There, she came across Mike’s name among those who lost the fight.

“I knew him, but I didn’t know him at all,” Tommie said. “I asked if he was Seminole and when they said yes, I remembered him from the running around days.”

She learned that Mike was a leader of the treatment center’s sunrise services and was the creator of an intimate meditation chickee that Tommie had used for renewal before eventually taking over the sunrise services herself.

“He was a kind, caring, loving soul,” Tommie said.

Longtime neighbor and Big Cypress Board Rep. Joe Frank said he remembers Mike nearly every day when he sees his workshop and shed.

Indeed, Mike’s chickees, sheds, porches and other structures can be found on every reservation, including the sign at the Big Cypress Sober House that he erected during his recovery process.

For Julia, a softball player at Pemayetv Emahakv Charter School, her father was her special fan and her friend. A burly man, he was never too big to ride shotgun in her powder pink ATV for spins around the rez and he was never too grown-up to don a wacky costume on Halloween. He was there to help her ride her first two-wheeler – a Hannah Montana bike. And he rarely missed her softball games, where his fingers gripped the chain-link fence and his cheers boomed over other parents.

“He’d call me wonk (baby) and his voice was the loudest of everyone,” Julia said.

Just beyond Oneva’s house, on land where her brother was to someday build his own home, the memorial get-together continued with horseshoe, beanbag and log peeling contests. Friends from near and far, like the Willis family from Tennessee who Mike taught how to build chickees, competed – but no one cared who won.

Linda Beletso, who grew up with Mike in Brighton, said she will never forget Mike’s work ethic and his sense of responsibility. She watched him build and rethatch several chickees at the Ah-Tah-Thi-Ki Museum.

“Mike was always, always working hard at his work and his family. But he is home now where he should be,” she said. “Now it’s our job to be faithful to God so we will get to see Mike again.”