FORT MYERS — Florida Gulf Coast University’s Alico Arena is home to the Eagles, but on June 7, more than 50 Seminole girls from Brighton moved into the ‘Nest’ for an intense volleyball clinic.

The Tribe has had a long partnership with the university in Fort Myers, including sports camps and clinics. Stanley “Butch” Perchan, senior associate athletic director for External Affairs, welcomed the group to campus and urged them to do their best in school and commit to their education.

“This is a really good school and our athletics are just as good as our academics,” said FGCU sophomore and Tribal member Lewis T. Gopher Jr. “Athletics and education are both part of our community in Brighton. It’s all about finding a balance so you can excel in both. It’s hard, but not impossible. Just stick to your guns.”

Brighton’s girls are familiar with volleyball. The reservation’s Recreation Department has two travel teams that play teams from all around the state in 10U and 11U age divisions.
“We want them to get acclimated with the sport, see what it’s about and where it can go,” said Dallas Nunez, Brighton Recreation site manager, who helped to coordinate the clinic. “There’s a lot more to it than just playing the game; drills are important for footwork, serving and more,” Nunez said.

Those drills took up a large portion of the day under the tutelage of FGCU head coach Matt Botsford and assistant coaches Kim Maroon and Danny Mahy.

“These drills may not be as much fun as serving and hitting,” Botsford told the girls as he explained a passing drill they were about to start. “But the best passers are always the most vital members of a team.”

In addition to passing, plenty of other drills filled the day’s agenda, including jumping, hitting and kills. The moves were new for some of the girls, whose ages ranged from 5 to 17.

“I learned if you swing your arms as you approach the ball, you’ll have more power to spike it,” Krysta Burton said. “I don’t have much power, so that’s good to know.”

The payoff for all the drills and sweat should come during the volleyball season.

“This helps us know what to do during the game,” Lexi Thomas said. “The toss it up and hit it over the net was the best drill.”

Camryn Thomas wants to try out for the Lake Placid High School team in the fall, so the clinic was helpful for her.

“I never jumped with both arms before,” Camryn said. “But if I have the ability to jump higher it will make me a better player. It should improve my game.”

There were more than a few veteran volleyball players in the group, either from school or the travel teams. Alicia Fudge and Caroline Sweat both played for Moore Haven High School and think the skills learned in clinic will improve their games.

“They have a different method of coaching,” Alicia said. “They showed us what to do and then taught us how to perfect the moves.”

“I liked the interaction,” added Caroline. “They don’t just watch; if they see something being done the wrong way they come over and help you fix it. And they don’t yell at you, they talk to us.”
Coach Botsford was pleased with what he saw on the courts. He didn’t know what to expect.

“Whatever the girls are learning, they have a good foundation,” Botsford said. “I’m impressed with them.”

Gopher, who is studying business management with an eye toward international business, was glad the Brighton group was so large.

“Coming from the reservation, it’s real comfortable here with all the trees around,” Gopher said. “At the same time, there are important people from Fort Myers and Naples involved with the school. My dad always told me it’s good to be around those people so they can drive you to be better. I’m glad I get to be here to help these kids understand the benefits of a college education.” 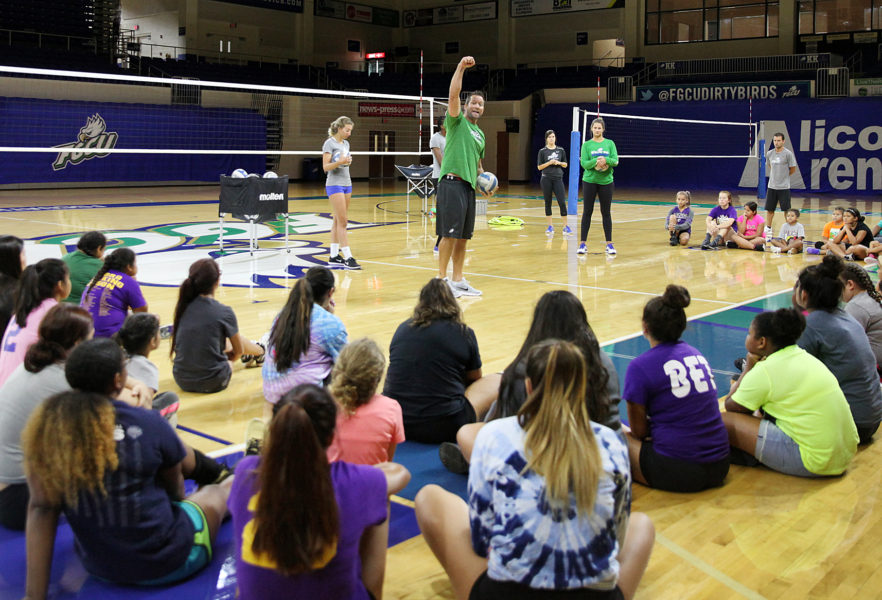 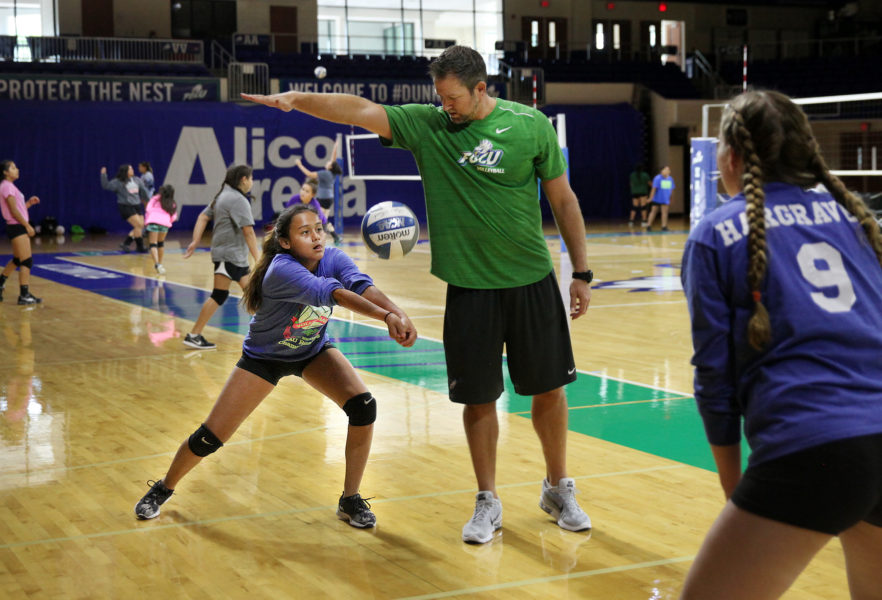 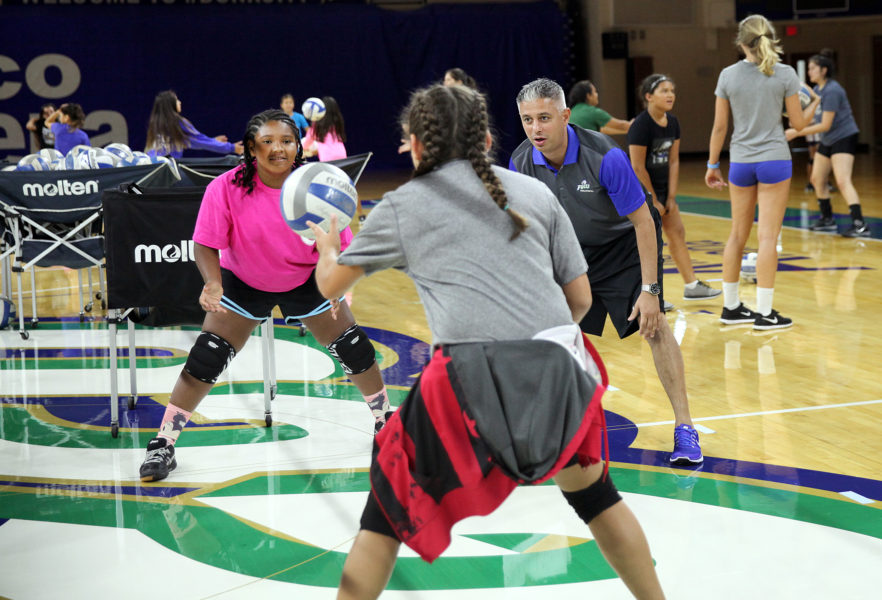 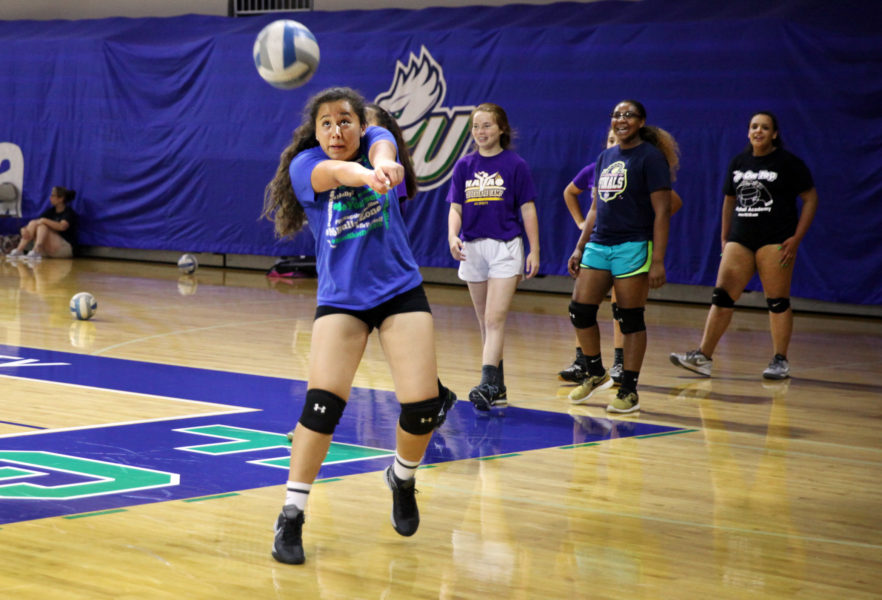 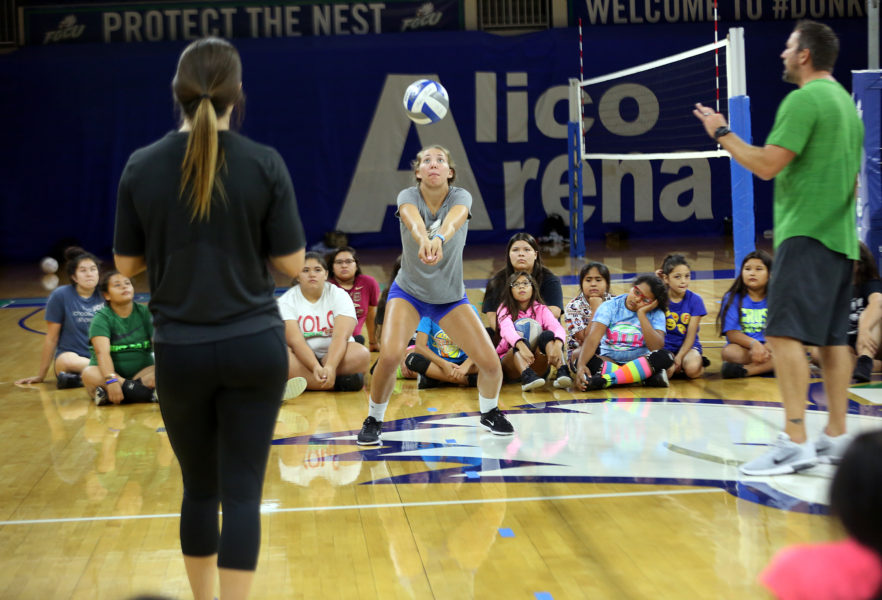 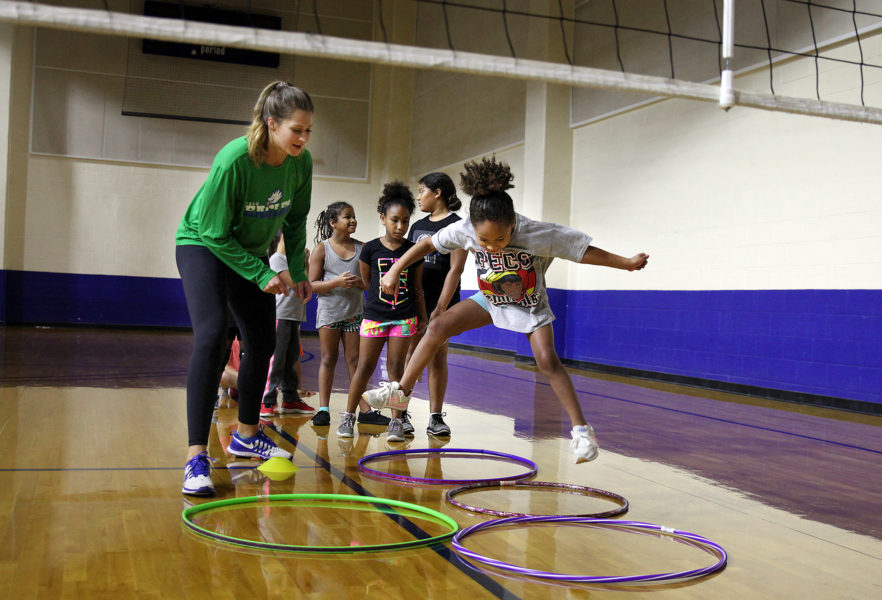 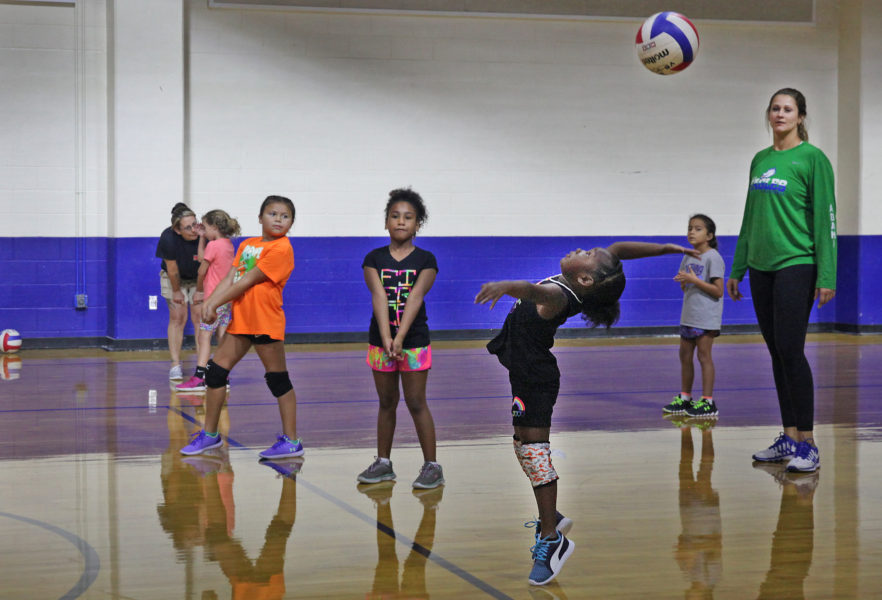 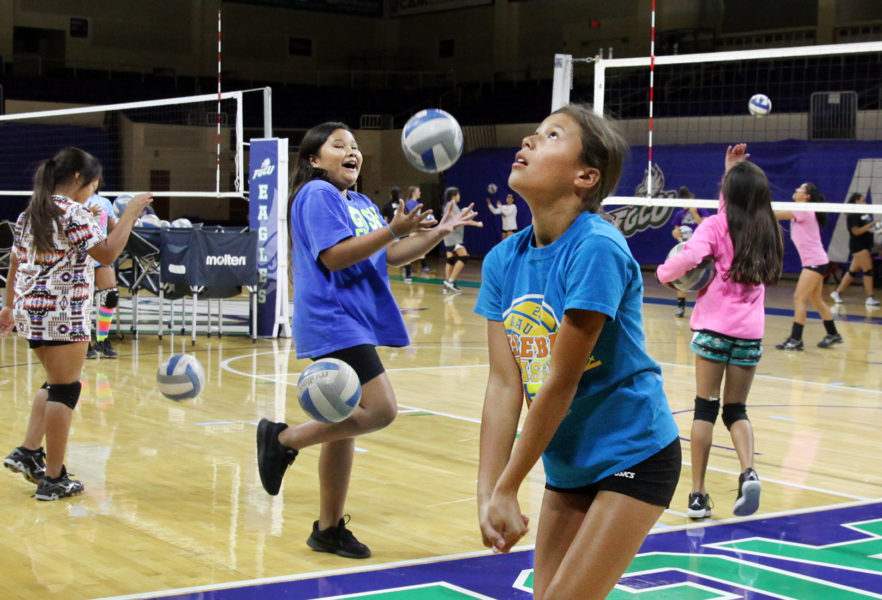 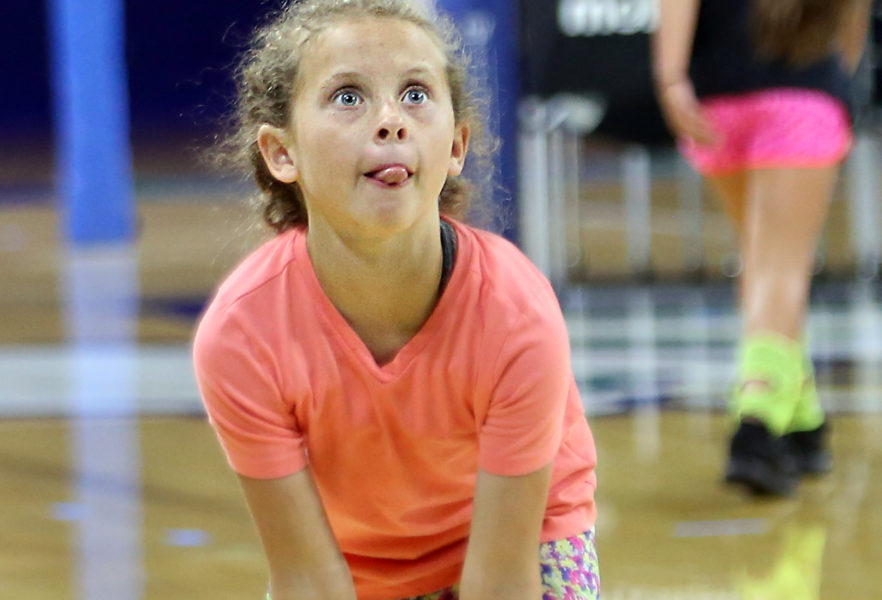 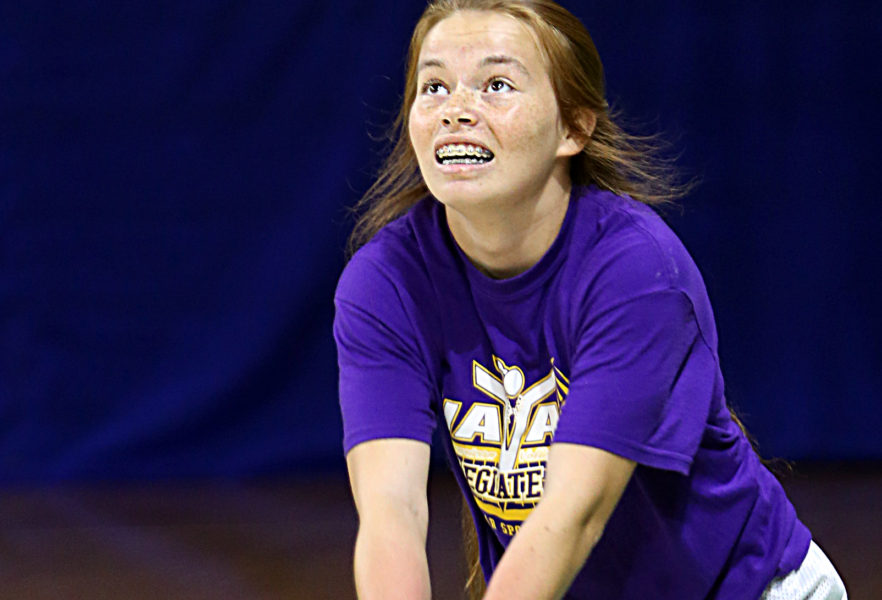 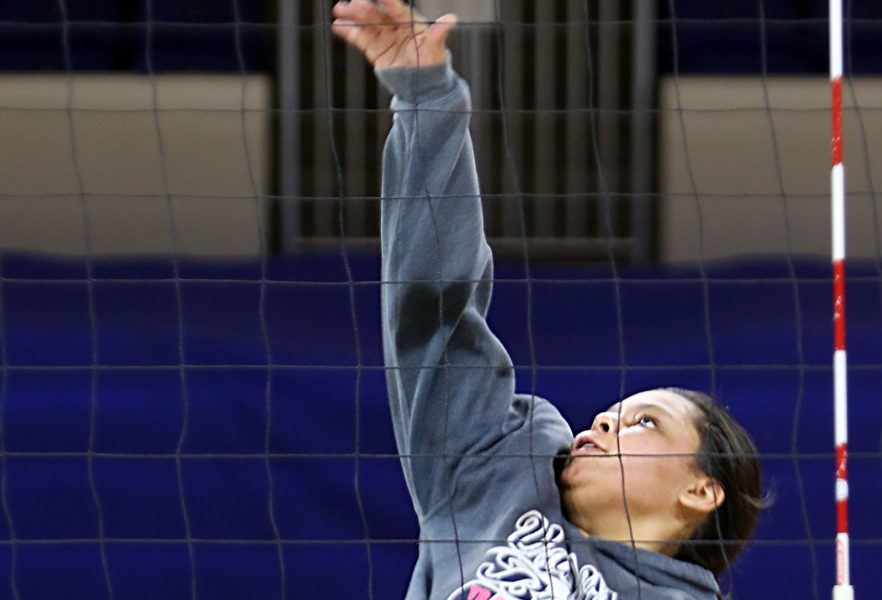 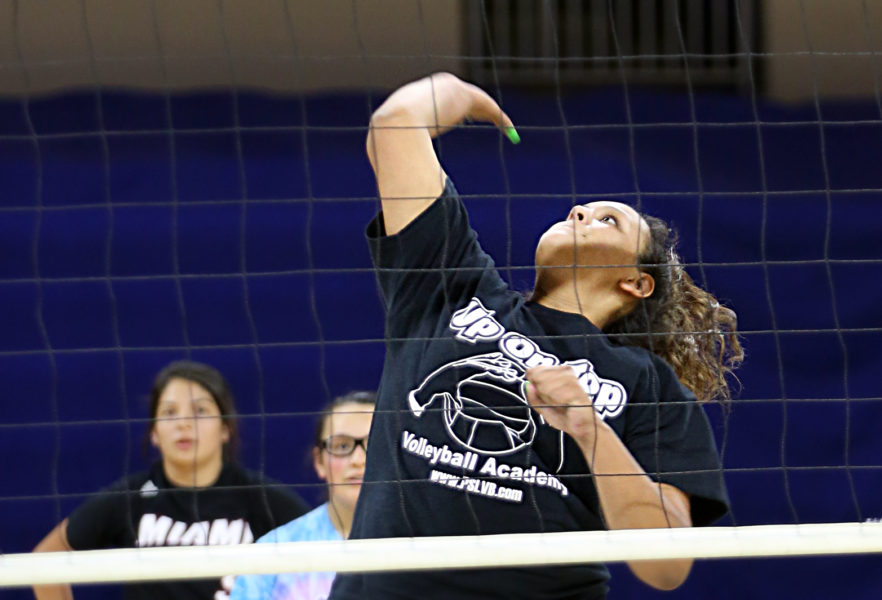 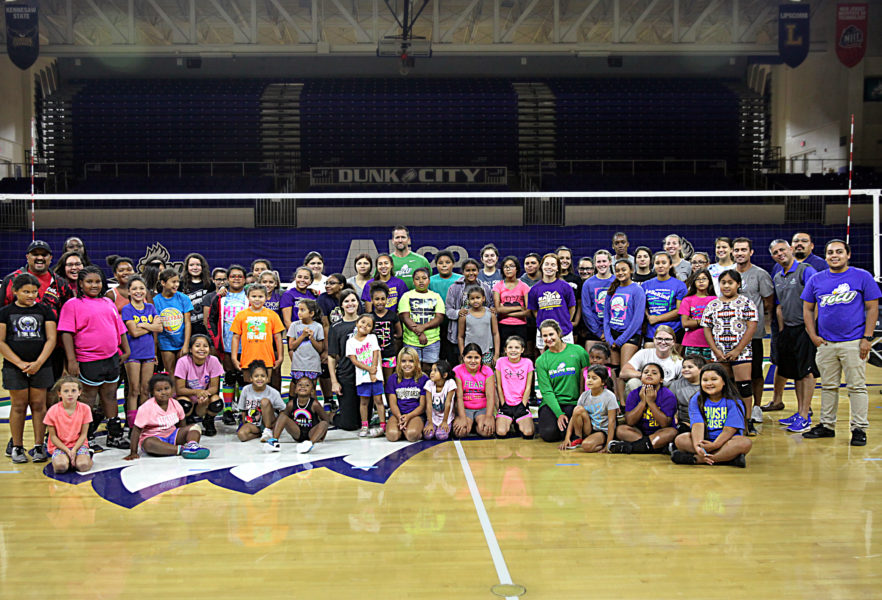