While October in northern climates brings a change in the color of leaves, the most noticeable

change in Florida is the prevalence of the color pink, which popped up around reservations to commemorate Breast Cancer Awareness Month.

Tribal members wore pink as they walked together, posed for photos and listened to speakers recount their breast cancer survival stories throughout the month. On Oct. 13 in Immokalee, a group of women listened intently as Maggie Billie Porter shared her story.

“The more we talk about it and educate ourselves, the better off we will be,” said Porter, who was diagnosed in 2012. “I was raised in the traditional way in a camp, but we need to use modern medicine to tackle this disease.”

Early detection is crucial to surviving breast cancer, which is the second most common cancer in women after skin cancer. Native American women have the lowest incidence based on race and ethnicity, according to the Centers for Disease Control (CDC). White women have the highest rate of breast cancer followed by black, Hispanic, Asian/Pacific Islander, and American Indian/Alaska Native (AI/AN) women.

A 19-year study, published in 2014 in the American Journal of Public Health, cited breast cancer as the most common cancer and leading cause of cancer mortality in AI/AN women. Despite having lower incidences of breast cancer than white women, AI/NA women are more likely to be diagnosed at younger ages and later stages.

At age 61, Porter was feeling good after she lost some weight, but a routine mammogram detected cancer in her breast and lymph nodes.

“It was really a blow,” she said. “I was ready to fight and do whatever I had to do to survive. Some women are afraid of radiation. The key to me was if it’s going to give me more years to my life, my hair will grow back.”

Porter had six chemo and 34 radiation treatments. She is still fighting and sees her doctor every six months, eats healthier and exercises regularly.

“It’s important to get a mammogram every year,” she said. “I skipped one year and the following year they discovered I had breast cancer.”

For older generations brought up traditionally, it can be an uncomfortable topic to discuss. Porter generously offered to be a resource and speak privately to those who have more questions about the disease.

“It’s a killer but it doesn’t have to be,” said Health Nutrition Counselor Andrea Kuzbyt. “Screening for it and getting checked can save your life.”

“You just thank God that you get up every day,” Porter said. “It affects you physically and mentally.”
Prior to the event, Immokalee Council Project Manager Raymond Garza welcomed those in attendance.

“They teach us to use our medicine,” he said. “But we have to talk about diseases that kill our people. Hopefully, they will find a cure for it one day.” 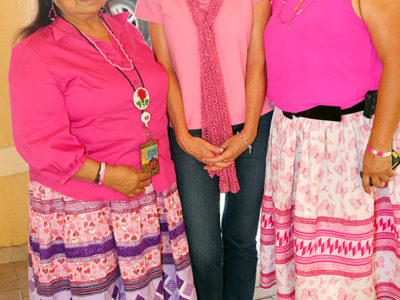 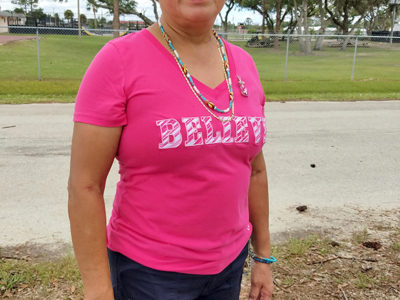 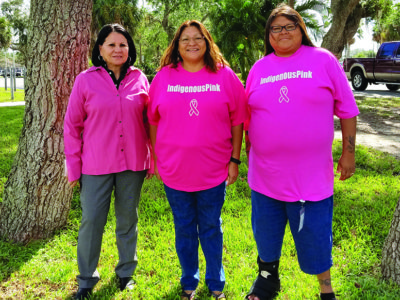 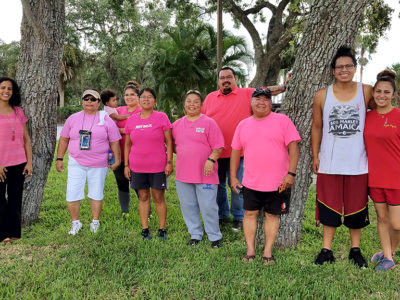