OKEECHOBEE — Sitting in the bleachers is not the way Alicia Fudge, Julia Smith and Caroline Sweat wanted to spend the evening of Jan. 18.

The Brighton Reservation’s trio of guards – all key components to what had been an outstanding season for the Okeechobee High School girls varsity basketball team – watched from the stands as Eau Gallie crushed Okeechobee, 62-20, in a varsity game that essentially featured only one varsity team.

In the wake of a bench-clearing brawl that erupted early in the third quarter of Okeechobee’s home game against Pahokee on Jan. 12, Okeechobee’s entire varsity squad was immediately suspended pending further review.

Okeechobee’s junior varsity players – including a few players who just a year ago were playing as eighth-graders for Pemayetv Emahakv Charter School – were called up to replace the varsity players in an unenviable and difficult task, especially at the Class 7A level. Through no fault of the JV players, the results from the first two games after the fight weren’t kind to Okeechobee. Before suffering the lopsided loss to Eau Gallie, the Brahmans lost by 11 points to Port St. Lucie, a team Okeechobee defeated by more than 30 points in the teams’ first meeting when the Brahmans had their regular varsity.

But the regular varsity squad won’t be together the rest of the season.

After the initial suspensions were enacted, the Florida High School Athletic Association ruled on the matter and doled out six-week suspensions on Jan. 23 to four Okeechobee players and four Pahokee players. The FHSAA also fined the schools $850 each, placed the teams on probation and are requiring both squads complete a sportsmanship course.

Okeechobee athletics director Kenny Buckner said the school would appeal the decision. He said Smith and Fudge were among the four Brahmans suspended for six weeks from any athletic competition, which means they will miss the postseason that starts Feb. 5 and a portion of the spring sports season. He said Sweat was not among the four OHS players suspended and was eligible to return to the basketball team immediately. Cady Osceola, another OHS varsity player from Brighton, was not suspended. She has been out with a season-ending injury suffered in an earlier game.

As for the fight against Pahokee?

“It was crazy,” Smith said.

According to several accounts from Okeechobee’s side, the fight ignited when a Pahokee player punched Smith in the face after they were battling for a loose ball.

“We were in a full-court press doing our defense,” Smith said. “My teammate knocked the ball out and I grabbed it. Me and this girl were fighting over it and I ripped it from her, and I guess she got mad and called me the ‘B’ word and I got mad. Then she hit me in the face. That’s how it all started.”

Getting punched in the face didn’t sit well with Smith or her teammates, some of whom rushed to Smith’s defense.

“I swung back because she hit me first,” Smith said. “That’s when my friend Alicia started going and then like the whole team started going. I was pretty heated in the moment. If you get hit, of course you’re going to swing back. Now we’re all upset because we can’t play.”

“One team, one family,” Fudge said about the incident.

Reports of the incident filed with the FHSAA indicated several players were swinging and pulling hair and that the fight escalated beyond the players. In a letter to the FHSAA, Okeechobee Vice Principal Vicki Goggans, who was in attendance as the administrator on duty, wrote that a female – described as not an Okeechobee High student – came out of the crowd, fought with a player on the Pahokee bench and was removed by police and trespassed from attending future events at OHS.

In conclusion, Goggans wrote that “staff, coaches and parents from both teams worked quickly to diffuse the situation” and that Okeechobee personnel assisted Pahokee with helping a student who was having breathing issues calm down.

Okeechobee, which videotapes its games, sent a clip of the incident to the FHSAA.

The game was canceled after the fight. The boys game between the schools was played as scheduled afterwards.

The fight and suspensions couldn’t have come at a worse time for Okeechobee, which had a 7-2 overall record and was in second place in its district with a 4-1 mark.

“The stage was set this year for them to be great,” Okeechobee coach Joe Smith said. “We had a chance to host districts this year so I jumped on that opportunity because I knew the caliber of varsity basketball team that I had. It’s unfortunate everything is panning itself out like this.”

Just two days before the brawl Julia Smith led Okeechobee to a 75-50 win at South Fork with a season-high 28-points.

Coach Smith said all of the players from Brighton were having good seasons.

“Julia is very good. Last year she made the team [as a freshman] and was second in scoring with 276 points,” he said. “Alicia leads the district in assists. She’s my court general, my point guard. She runs my offense and my defense. Caroline is our 3-point shooter. She leads the district in free-throw percentage.”

Okeechobee figured it could make a strong run at the district title, but 48 seconds – which is how long the players said the fight lasted – have all but dashed those hopes.

“We really wanted to play in district [playoffs] because we thought we had a pretty good chance,” Julia Smith said.

Smith, Fudge and Sweat – all of whom were averaging about 10 points per game – won’t have to wait until next season to play together again. They’ll be on the same Seminole team at the Native American Youth Organization’s tournament on Easter weekend in North Carolina.

“We’re going to have a good team,” said Sweat, who scored 18 points in the first game against Port St. Lucie and 16 points against South Fork.

“They’re young,” coach Smith said. “Half of those girls were playing middle school basketball last year, like Caylie Huff and Hailey Huff. They were playing for Pemayetv, a middle school, and now you’re starting point guard for a high school, Class 7A, ranked second in the district, basketball team. Those girls are getting varsity experience early. I’m not asking you to be perfect; I’m just asking you to give me all you got. If you give me all you got, I’m satisfied with that.” 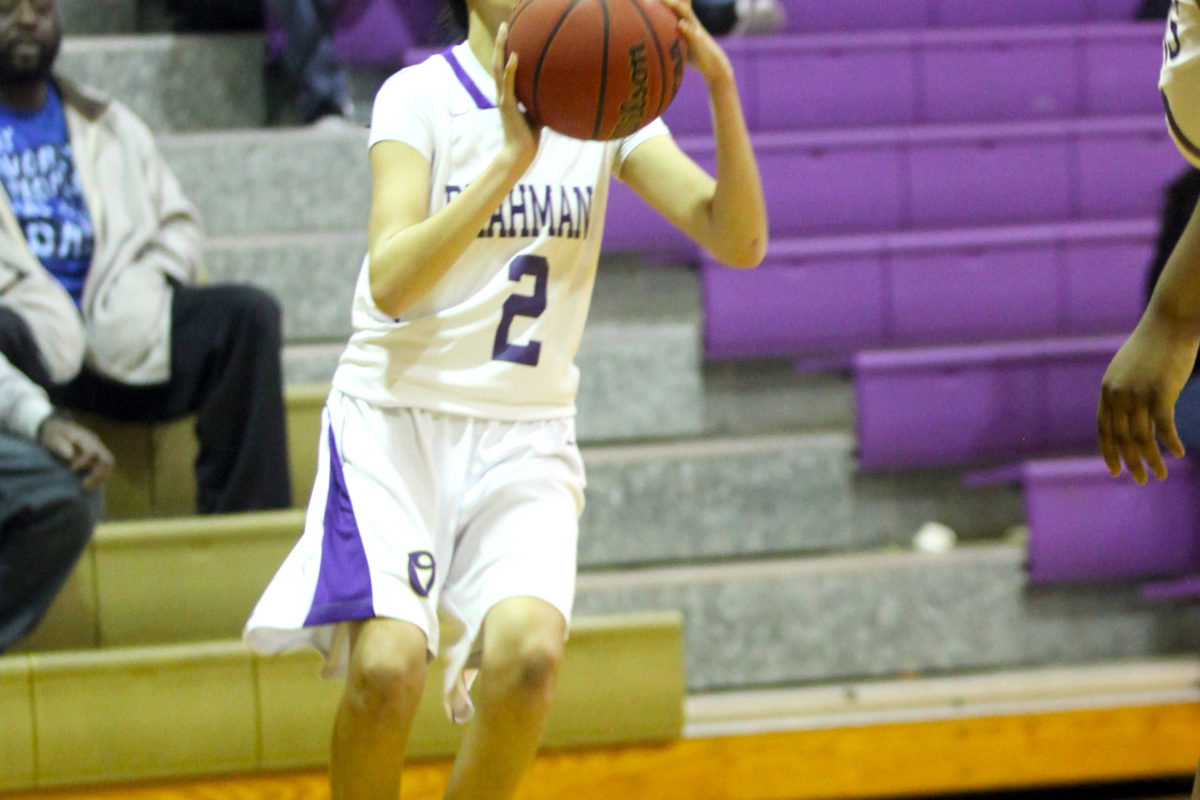 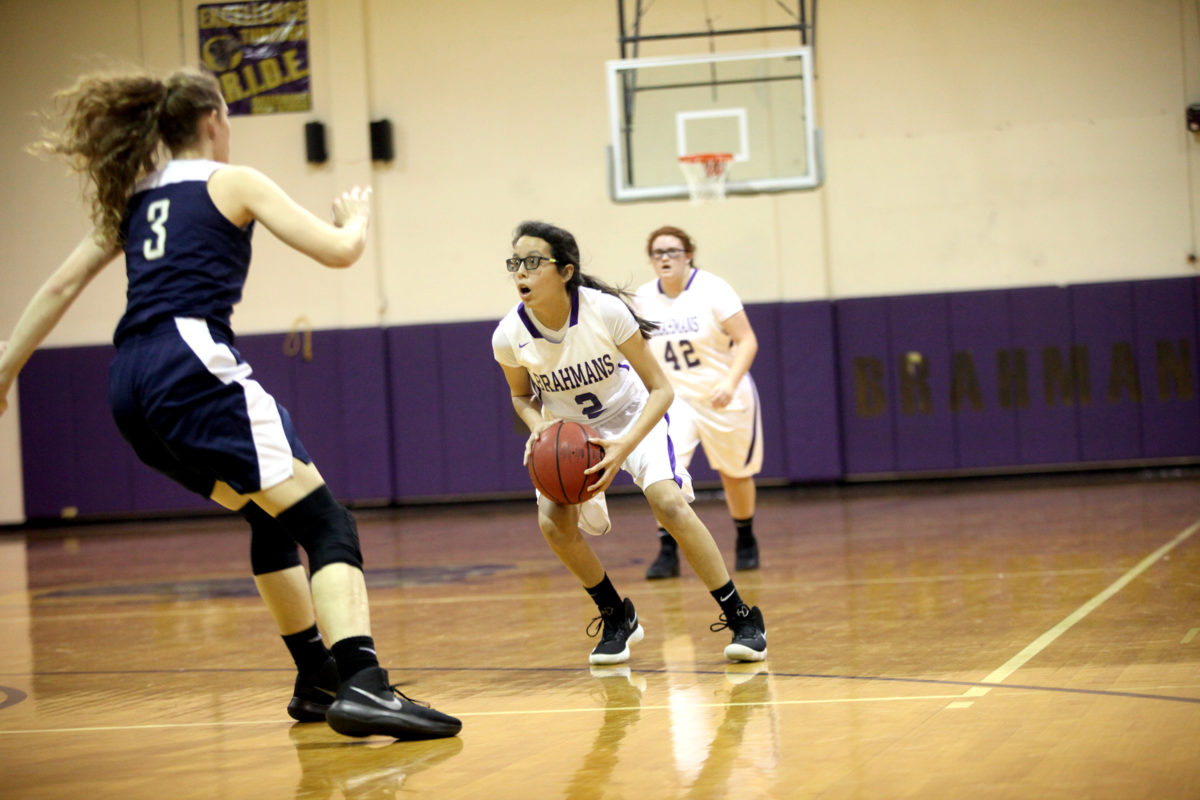 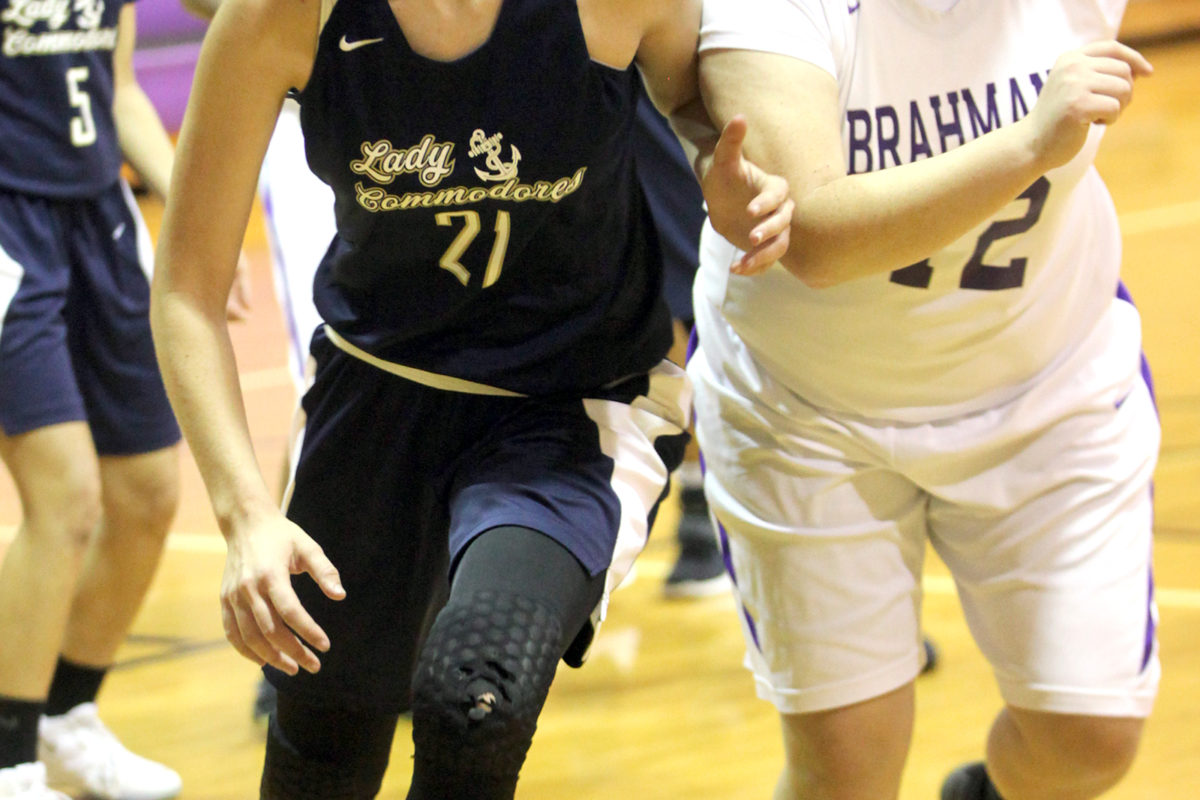 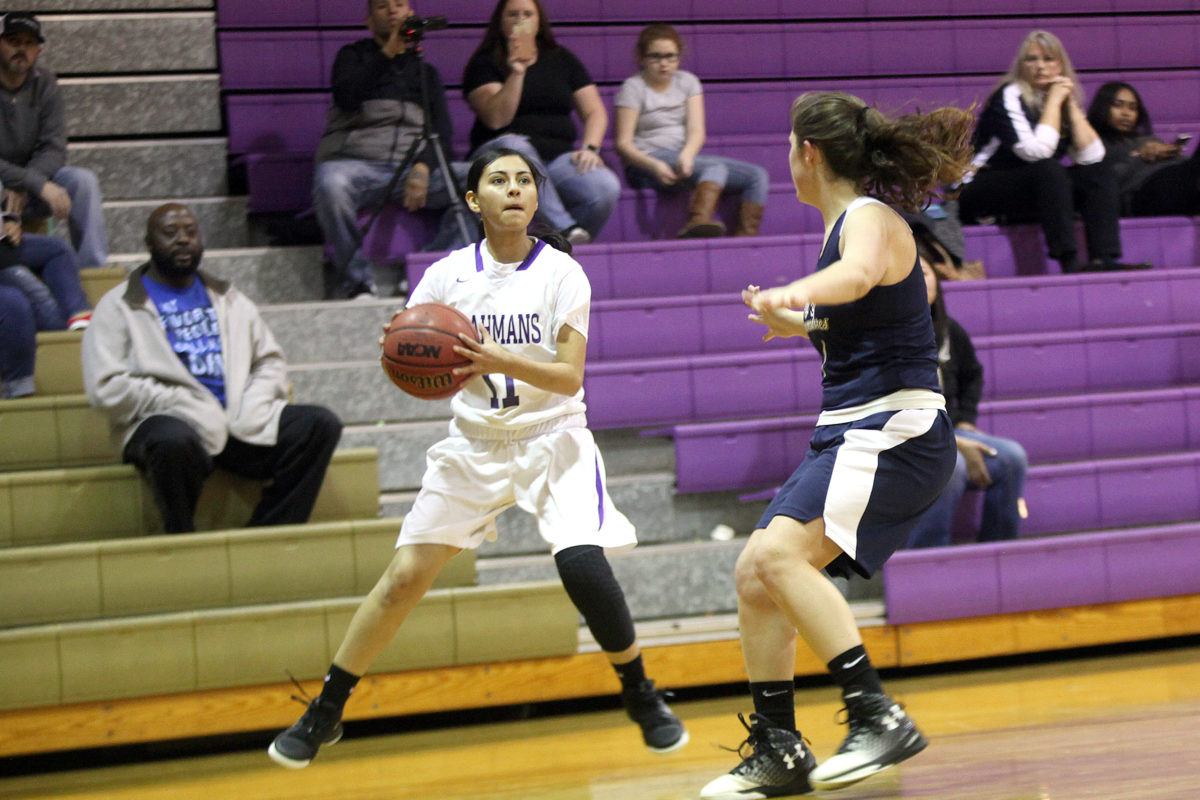 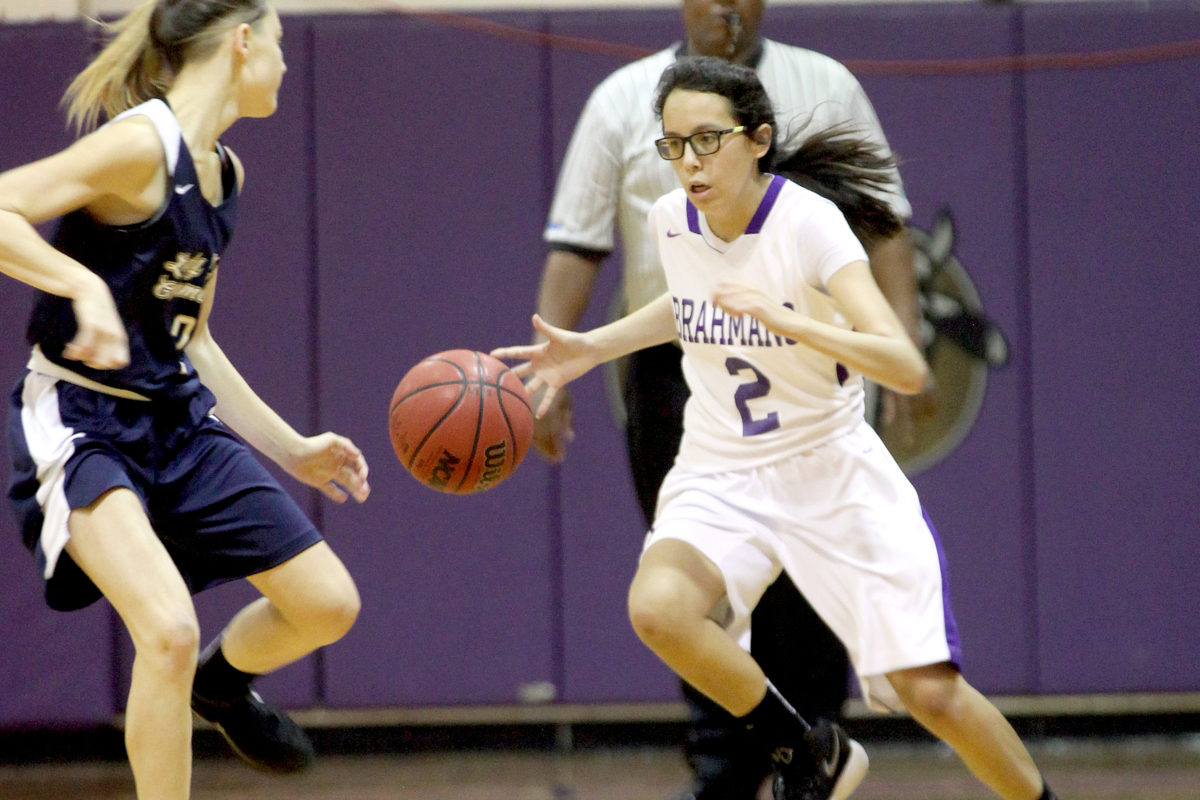 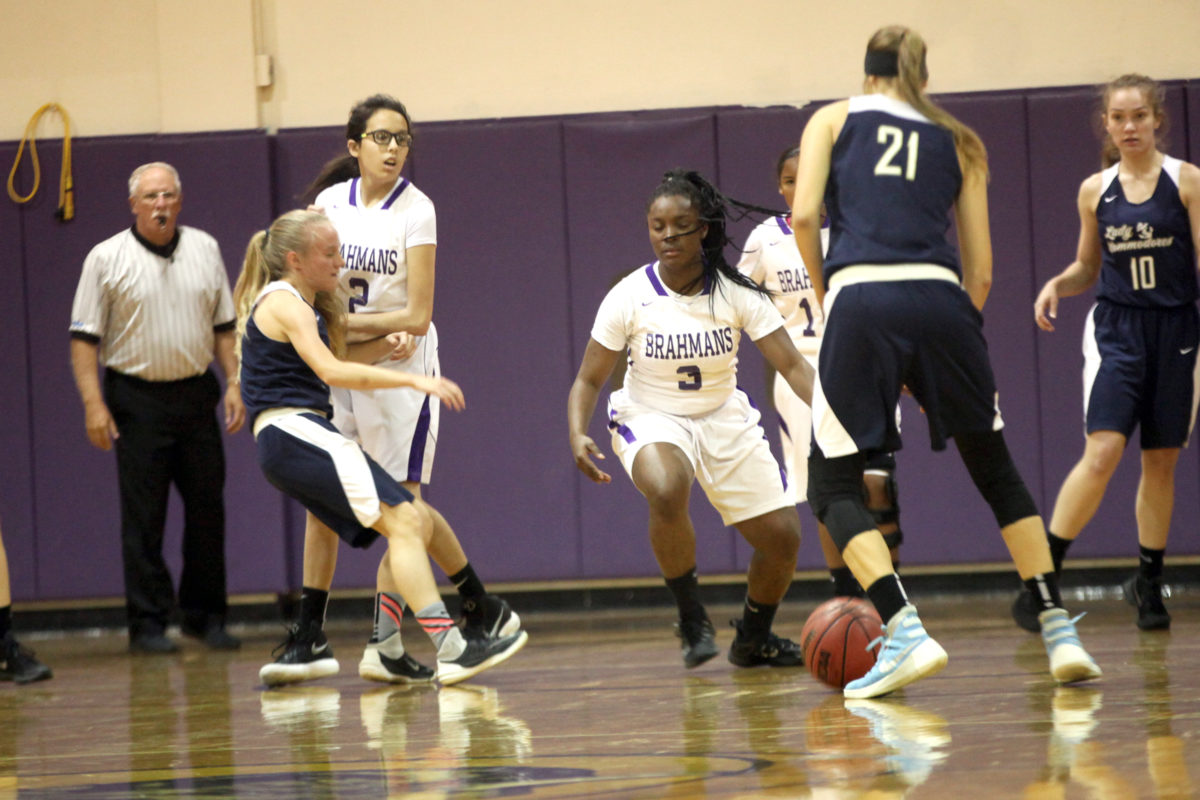 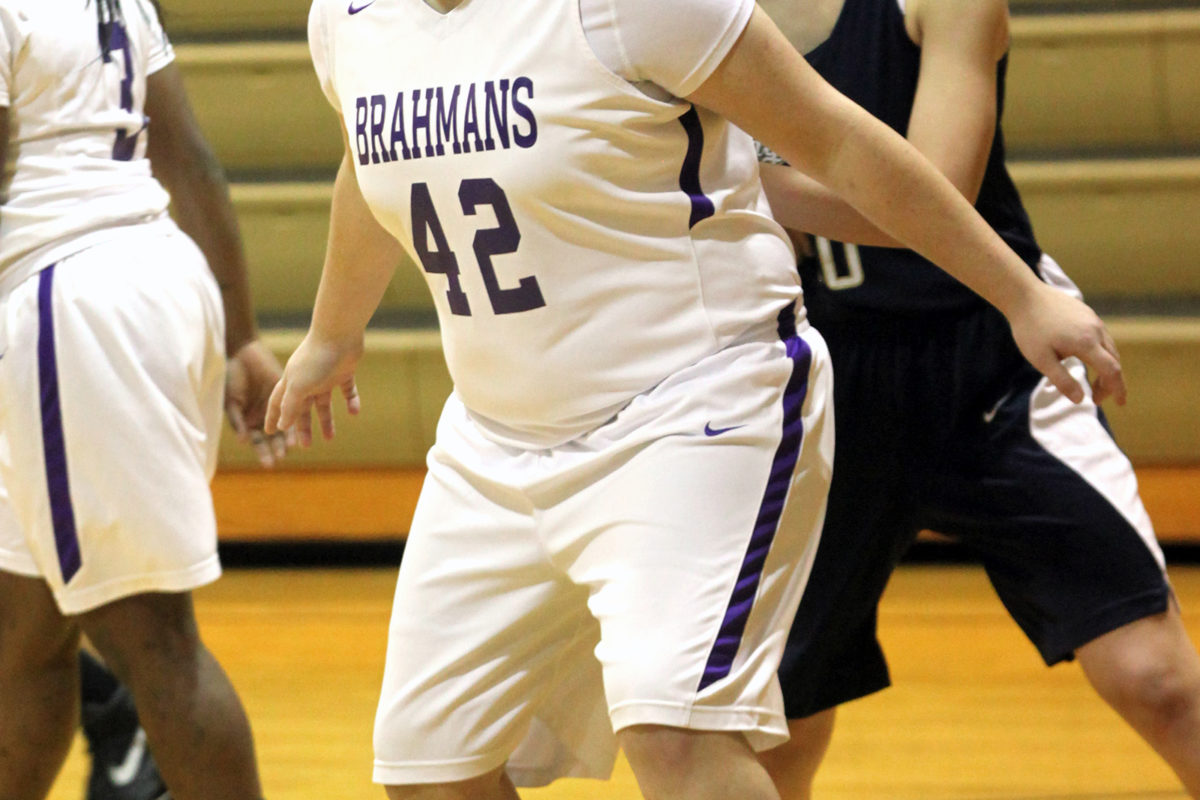