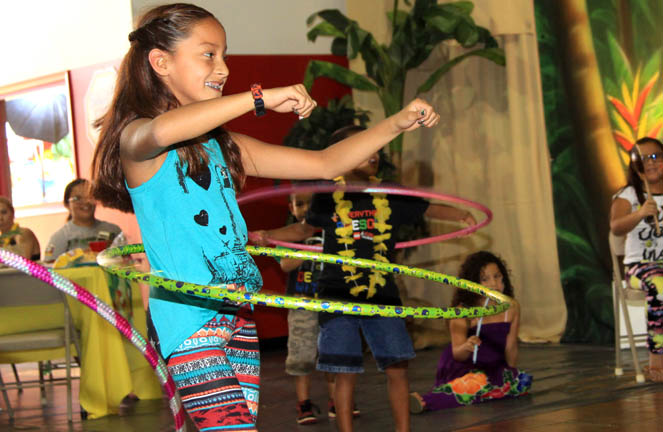 The celebratory luncheon rewarded students of all ages for their achievements in various categories during the 2013-14 academic year, including grade point averages of 3.0 and higher, perfect attendance, effort and improvement.

Malari Baker, the lone member from the class of 2014 who attended the event, received an award for graduating high school.

For students with years to go before they turn their high school tassels, the dance floor was a popular place to hang out while a disc jockey played upbeat music that spanned decades. Students clapped and stepped to “Cotton-Eye Joe,” swayed to the Beach Boys and tried their best to master the Macarena.

Some students were hesitant to be among the first onto the dance floor, but rising fourth-grader Javian Cypress wasn’t shy as he entertained attendees with swirling dance moves. Javian had to share the spotlight with his siblings, Jaylee and Harmony Cypress, who outlasted about 15 other contestants in a hula hoop contest.

The music took a break as Education’s Tony Bullington and Samantha Sherrell handed out award certificates to about 30 students. Caleb Billie received his award while carrying a tiki torch across the stage.

Students were given their choice of new book bags for the upcoming school year, which for some started just five days later.