BIG CYPRESS — More than 30 Tribal and non-Tribal cowboys and cowgirls of all ages saddled up March 17 and hit the road for the 22nd annual Junior Cypress Cattle Drive and Rodeo in Big Cypress.

A group of nine steer led the way as horseback riders, dogs, ATVs, bicycles and a swamp buggy kept them in line and on pace to reach the rodeo grounds in time for the afternoon Eastern Indian Rodeo Assocation Kids Rodeo.

The symbolic moving of cattle 10 miles from the spillway to the rodeo arena honored the late Henry Osceola and his son Rudy Osceola, both renowned cattlemen with the Tribe.

Henry Osceola, a mechanic who lost his sight in a spark plug mishap, was also a farmer, a BC store owner and a cattleman. His son Rudy Osceola ran the Tribe’s cattle operation with Jonah Cypress in the 1970s and retired five years ago.

“Rudy is 110 percent cowboy and a rodeo legend,” said President Mitchell Cypress. “He’s still at it, he just doesn’t give up. He challenges himself every day. He had a health issue, but he overcame it.”

Rudy Osceola was pleased to be honored and enjoyed being a cattleman; he ran a cow calf operation from 1972 until he retired.

“This is a really big honor,” said Rowdey Osceola, Rudy’s grandson. “There’s a lot of history here and I’m proud to be his grandson. I know he’s going through a lot but he’s fighting the good fight.”

Moses Jumper welcomed the participants at the starting point and recounted how the Tribe used to herd free range cattle in Big Cypress.

“Sometimes it would take three or four days or even a week to round them up,” Jumper said. “This cattle drive symbolizes those days.”

The public was invited to join the cattle drive and spend the day with the Tribe on the BC reservation. Outsiders came from around the state; some had been on the cattle drive before and some were participating for the first time.

“We are one of the best cattle producers in the business,” Big Cypress Councilman Mondo Tiger told the group. “You are some of the lucky few who get to spend time on the reservation with us.”

At the resting point about halfway through the cattle drive, Jumper shared some facts about the Tribe’s history in cattle.

“We had horses and cattle before the crackers farther north,” he said. “We got them from the Spanish in the 1500s, we were a horse culture.”

Jumper told the crowd that today the Tribe’s cattle program is one of the best in the country and the cow calf operation is in the top 10 in the nation and top 5 in the state.

“We’re here for the long haul,” he said. “As long as the grass is green and the rivers flow, we will continue to be resilient.”

Big Cypress Board Representative Joe Frank, who grew up in Big Cypress, shared his experience working with cattle as a child.

“There were a couple of simple rules when I was six,” Frank said. “I had to go to church, to vacation bible school and I had to be a two-legged dog chasing those cows around the pens. There were a lot of good times and memories from then.”

Josie Billie Highway was shut down as the cattle drive made its way slowly past the field office, health department, Ahfachkee School, the gym and over the Eight Clans Bridge. As they arrived at the rodeo grounds, the cattle made their way into the arena to the delight of those already there to see the rodeo. 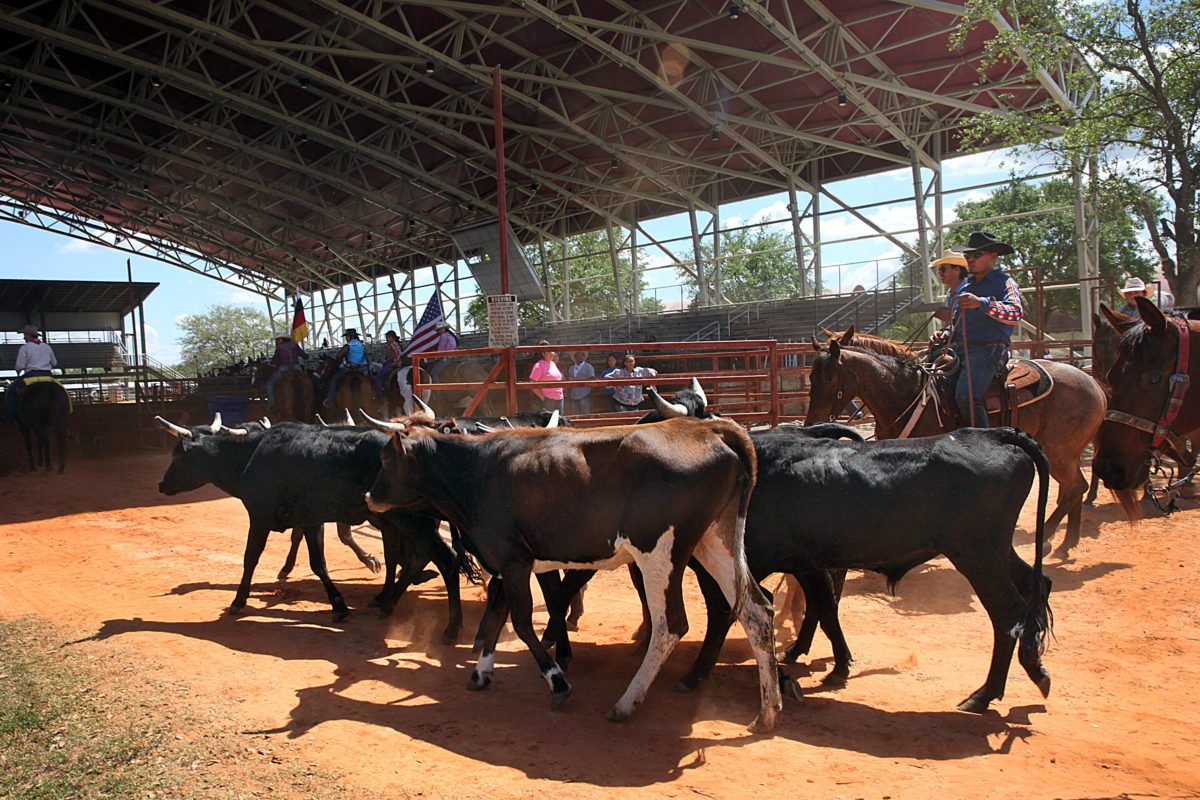 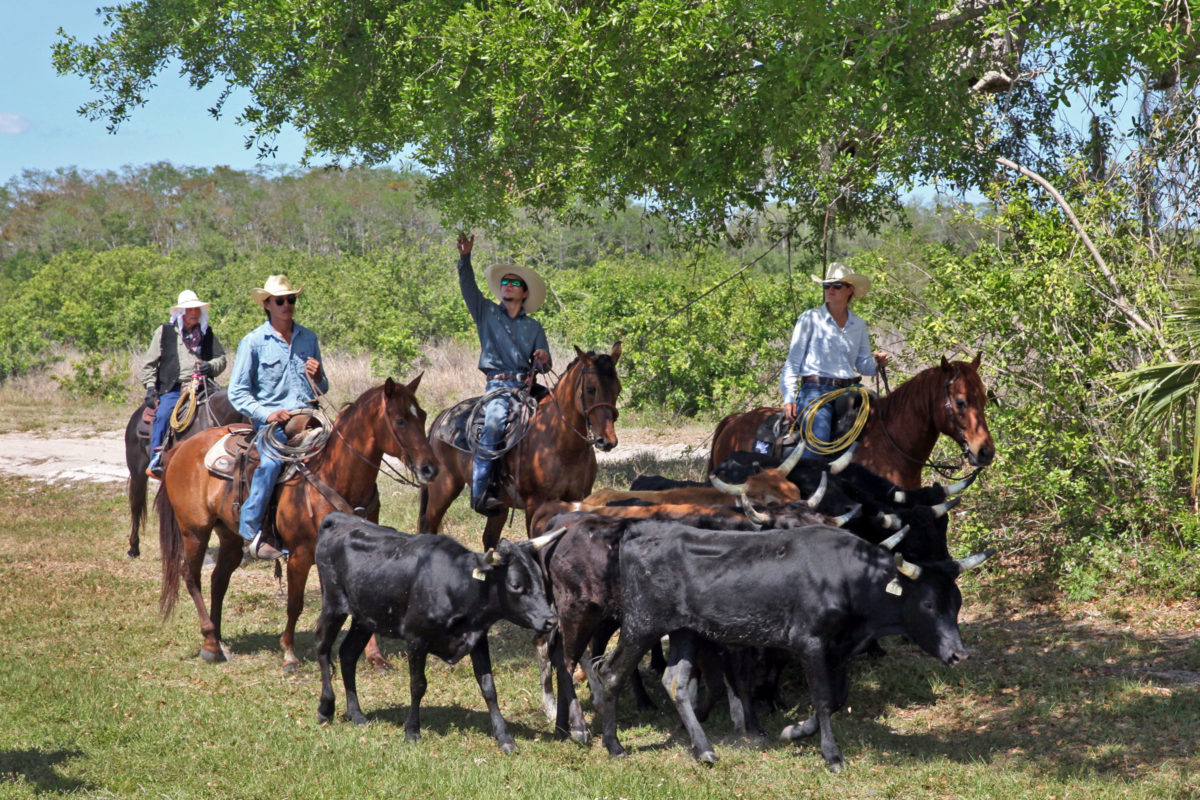 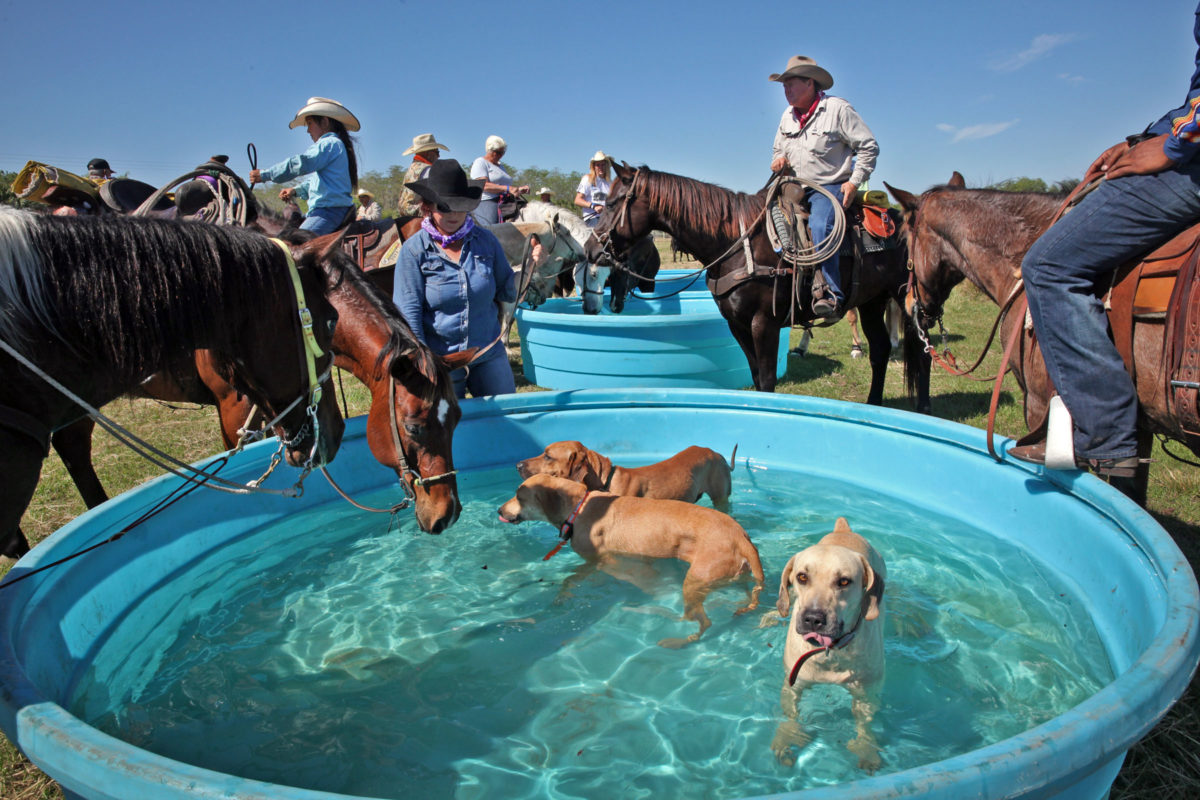 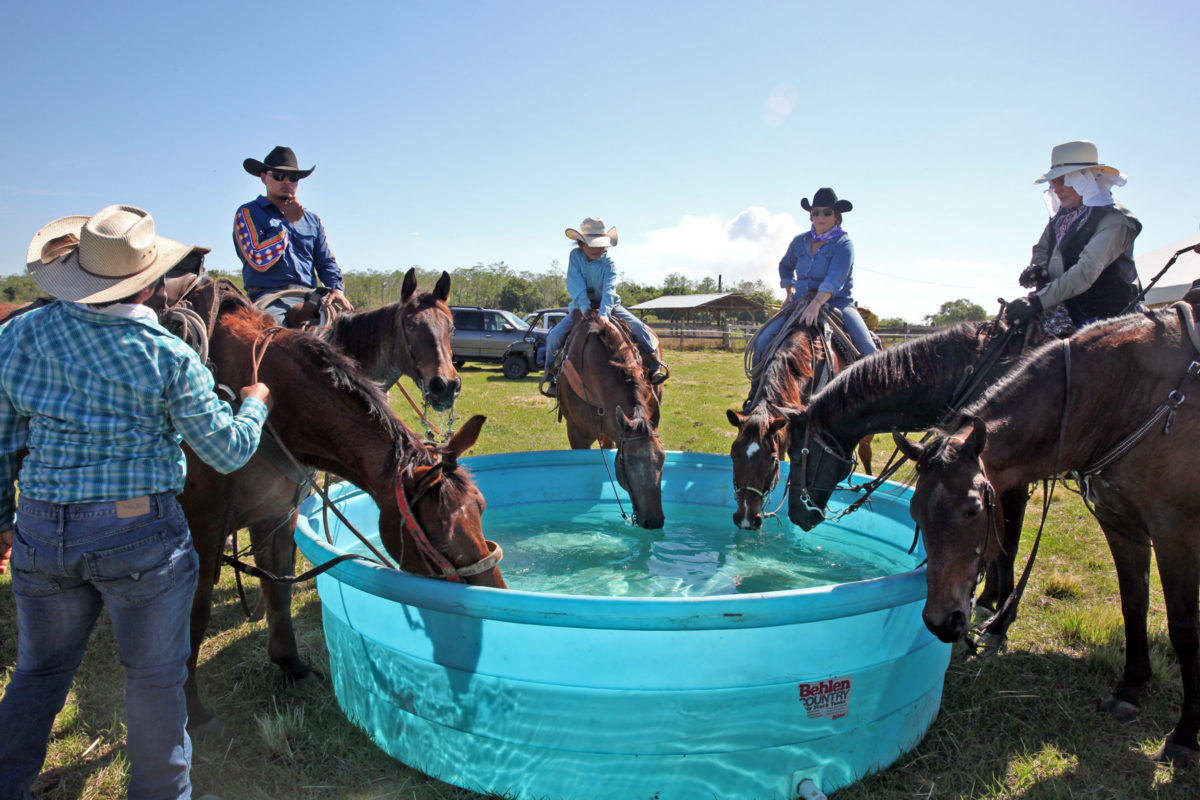 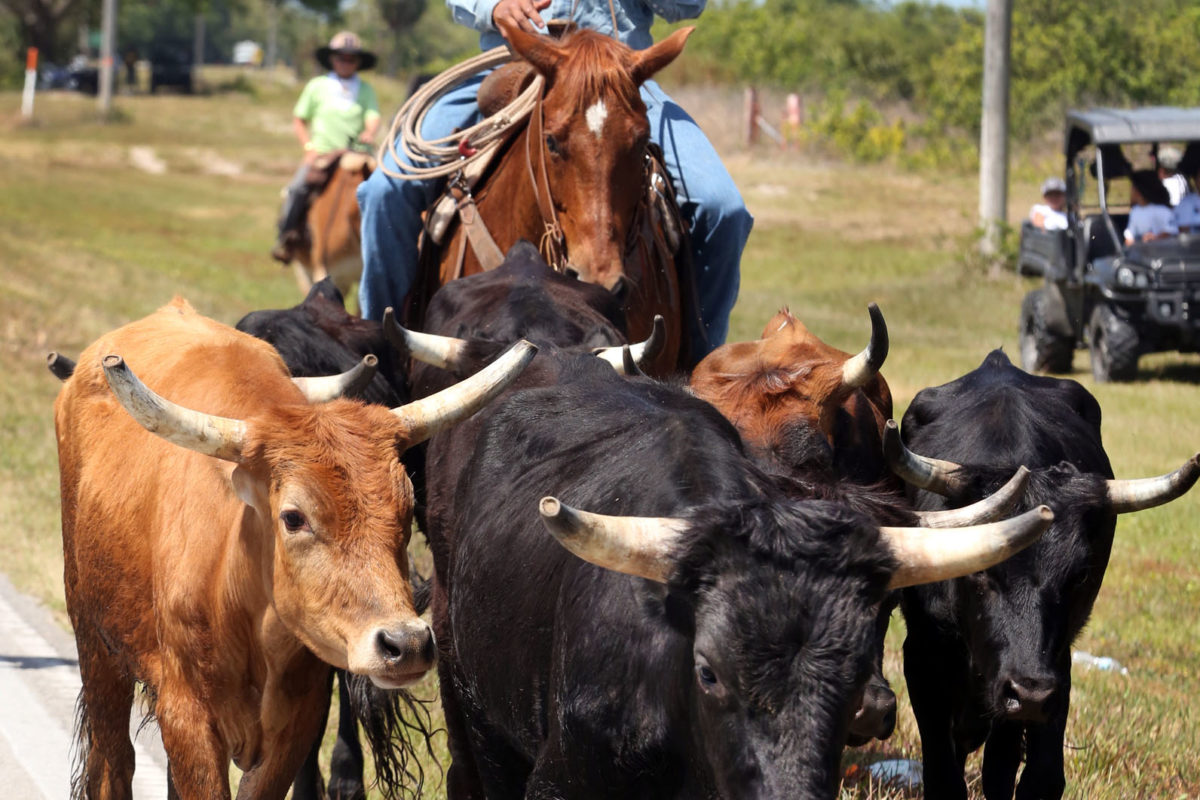 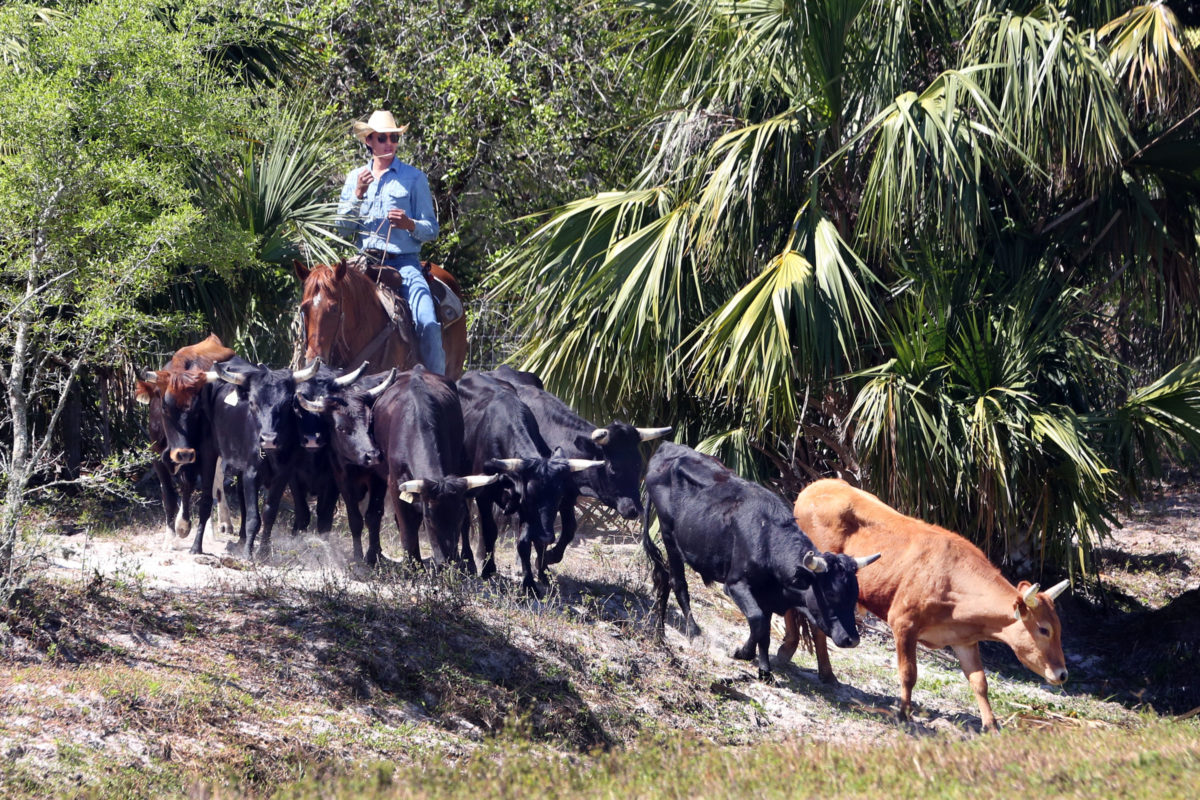 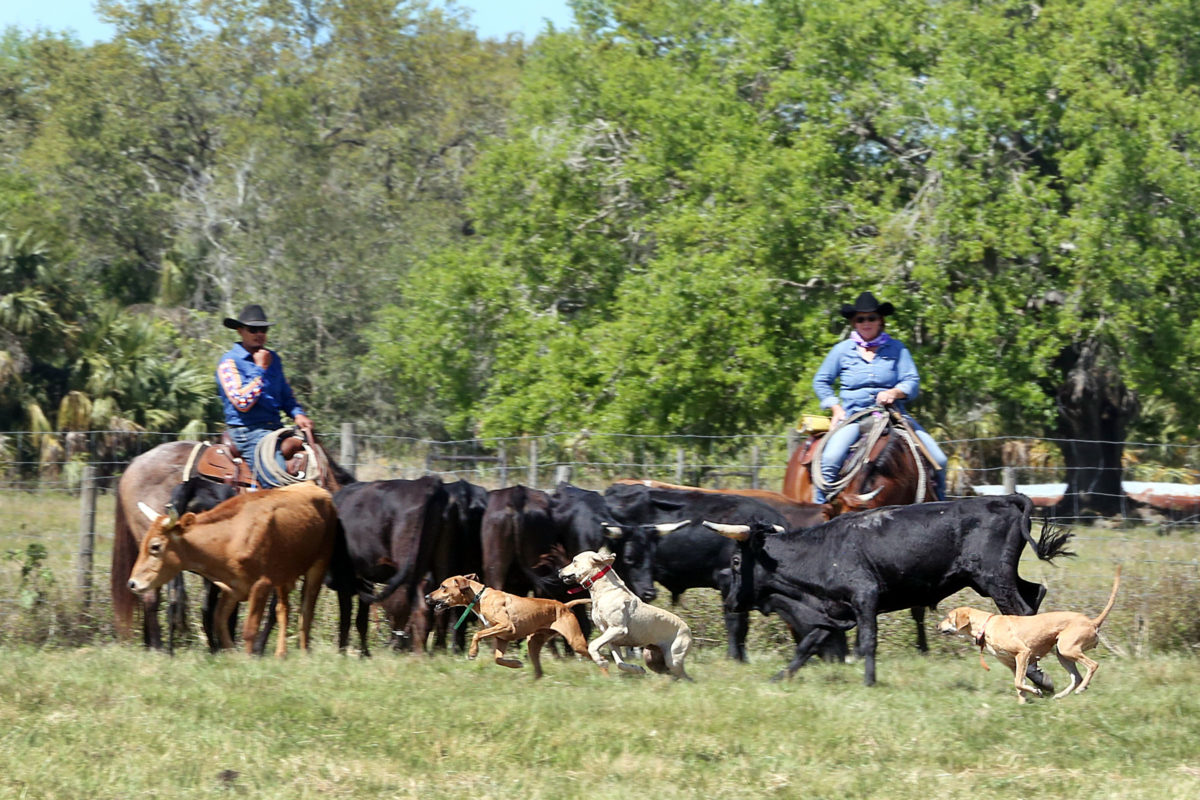 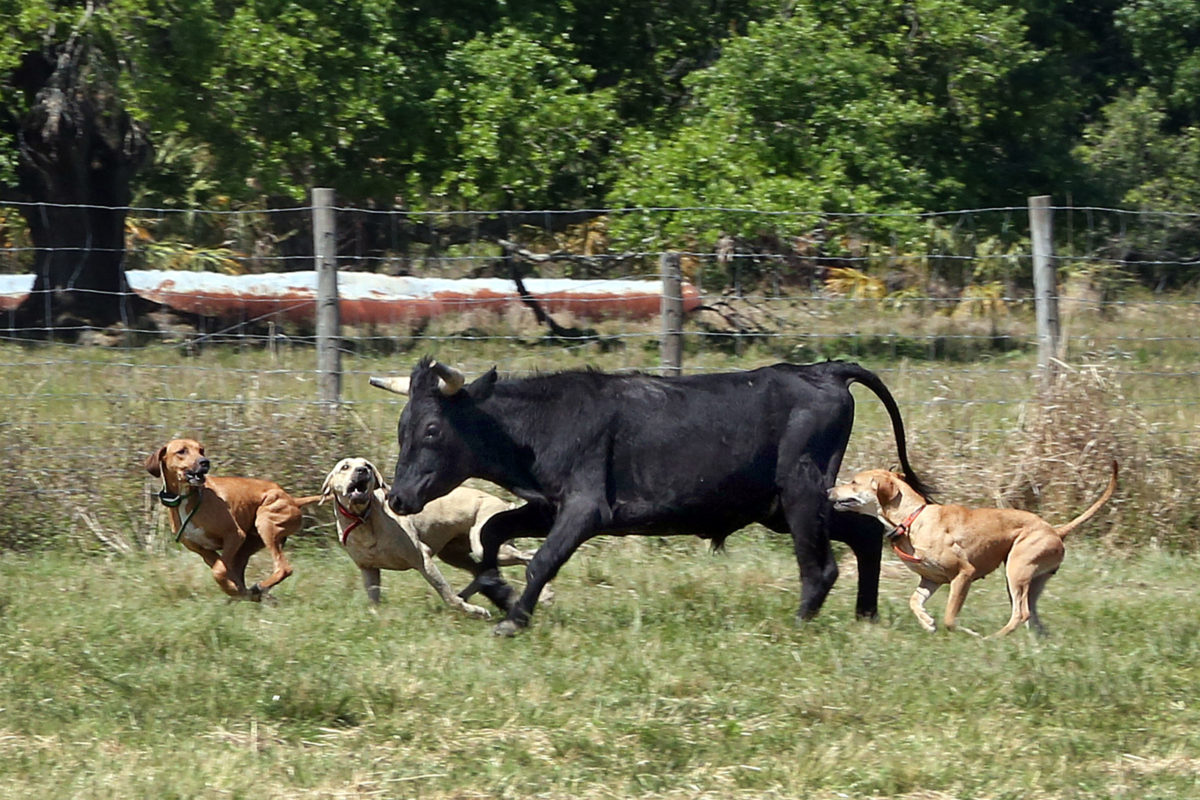 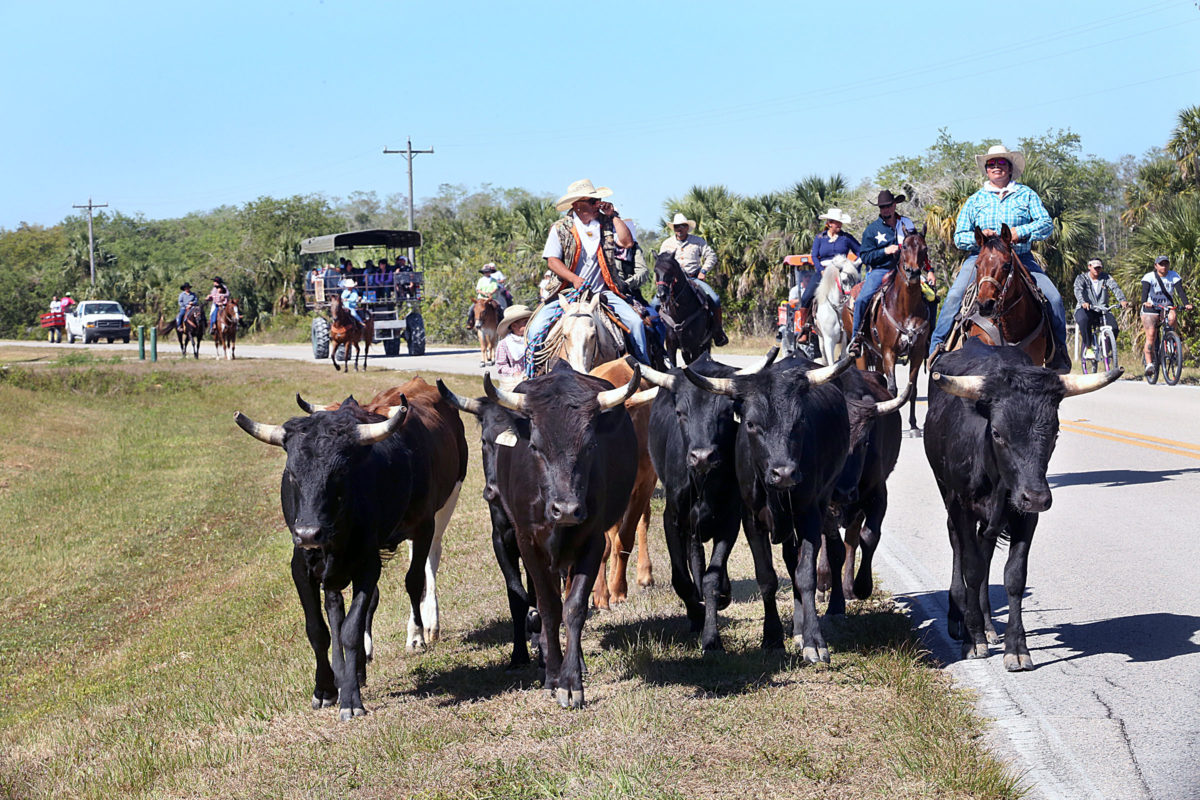 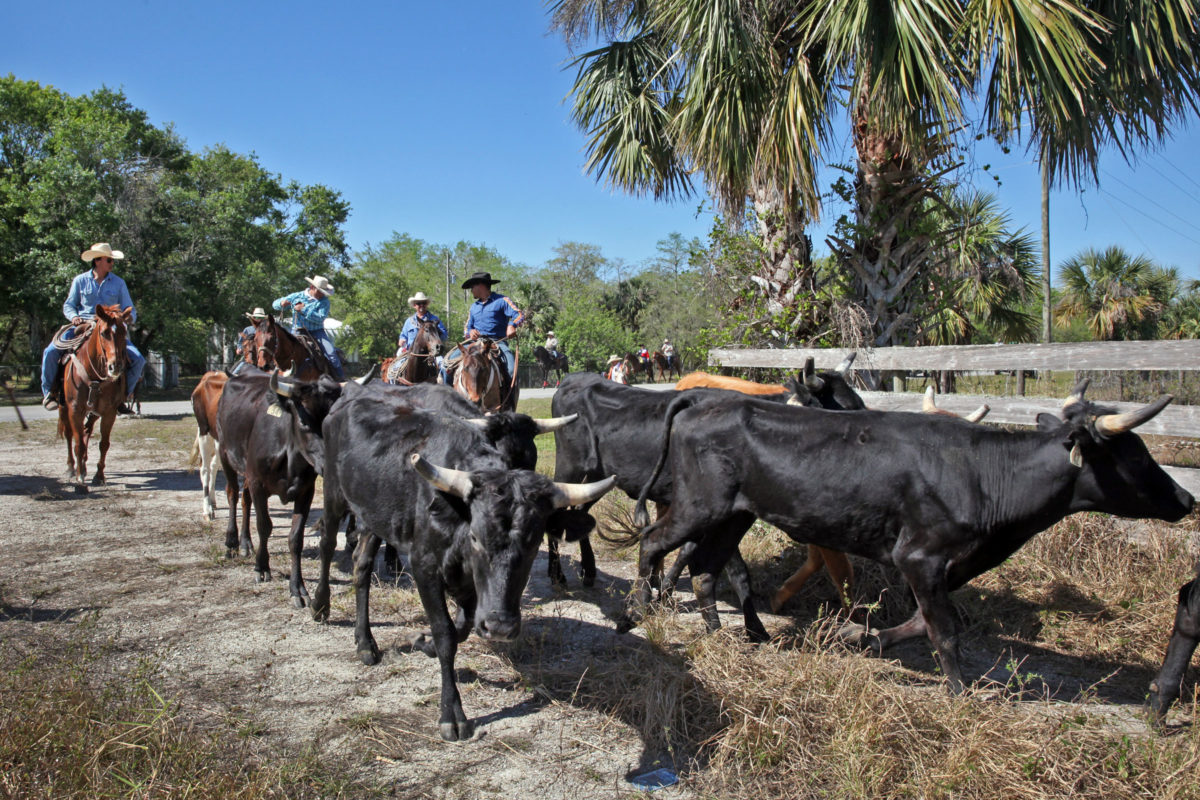 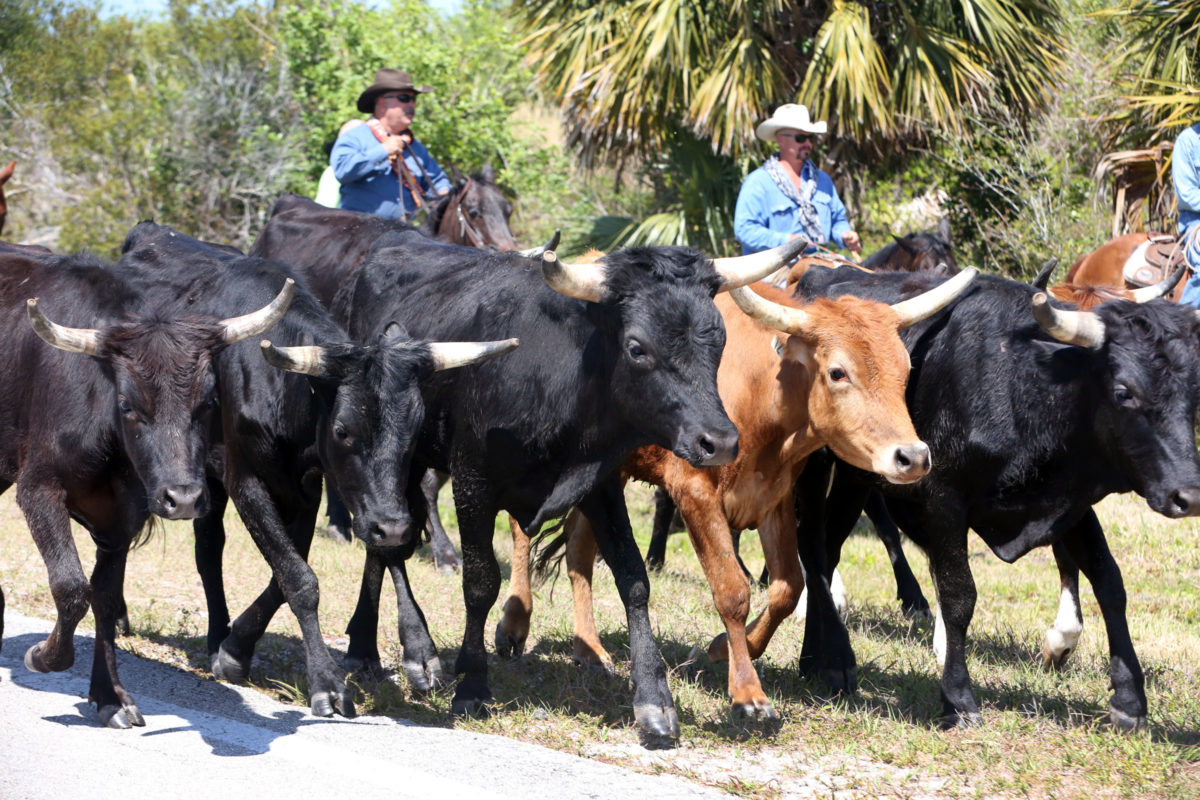 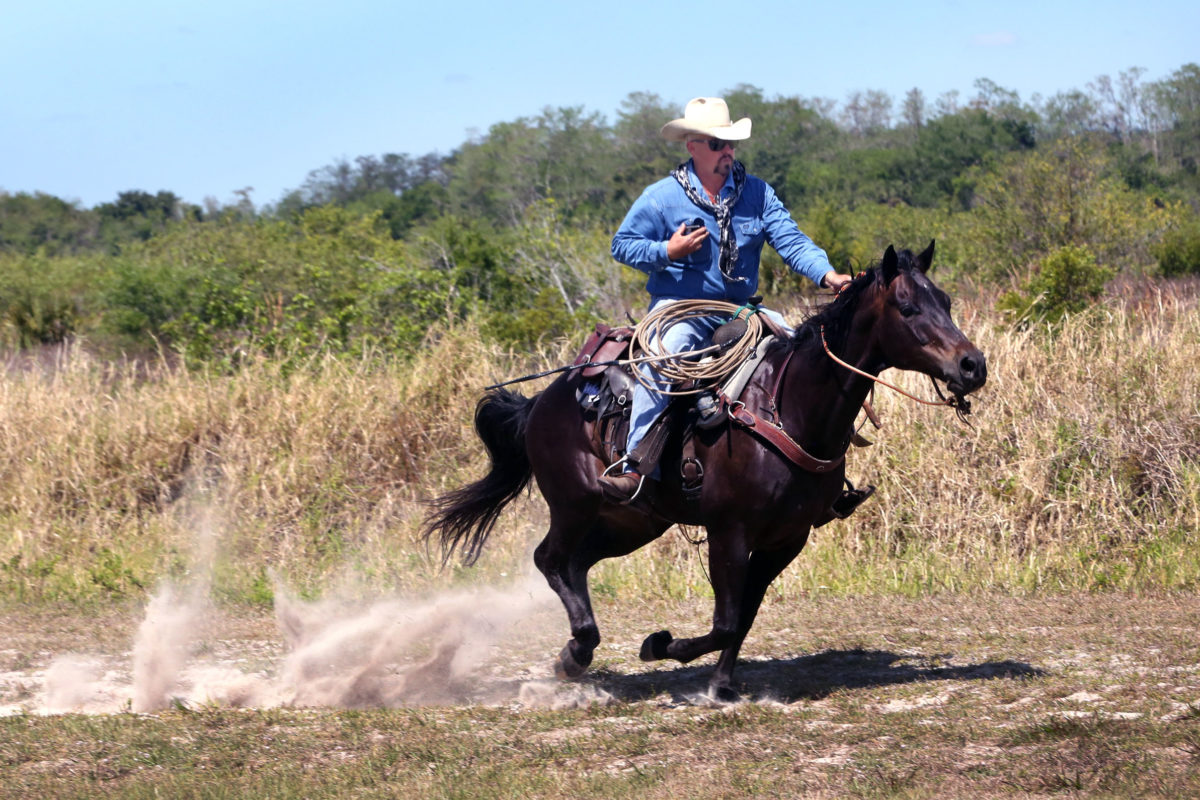 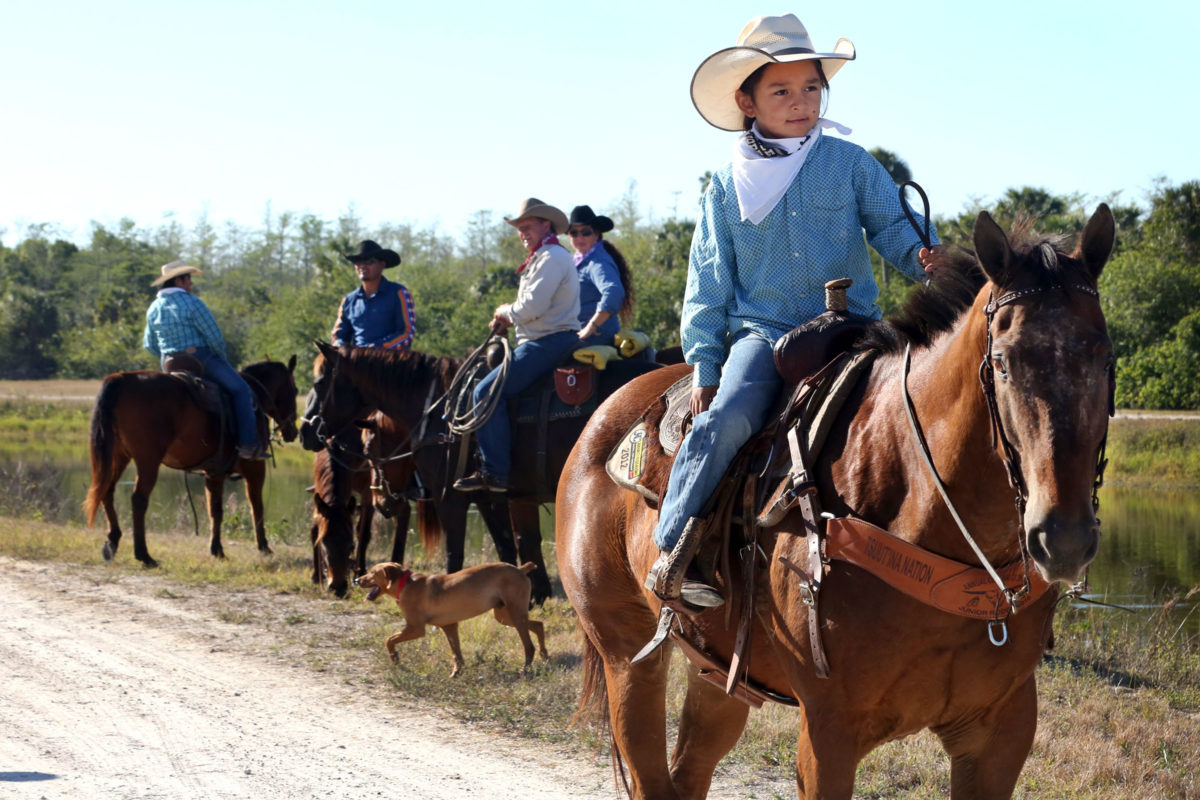 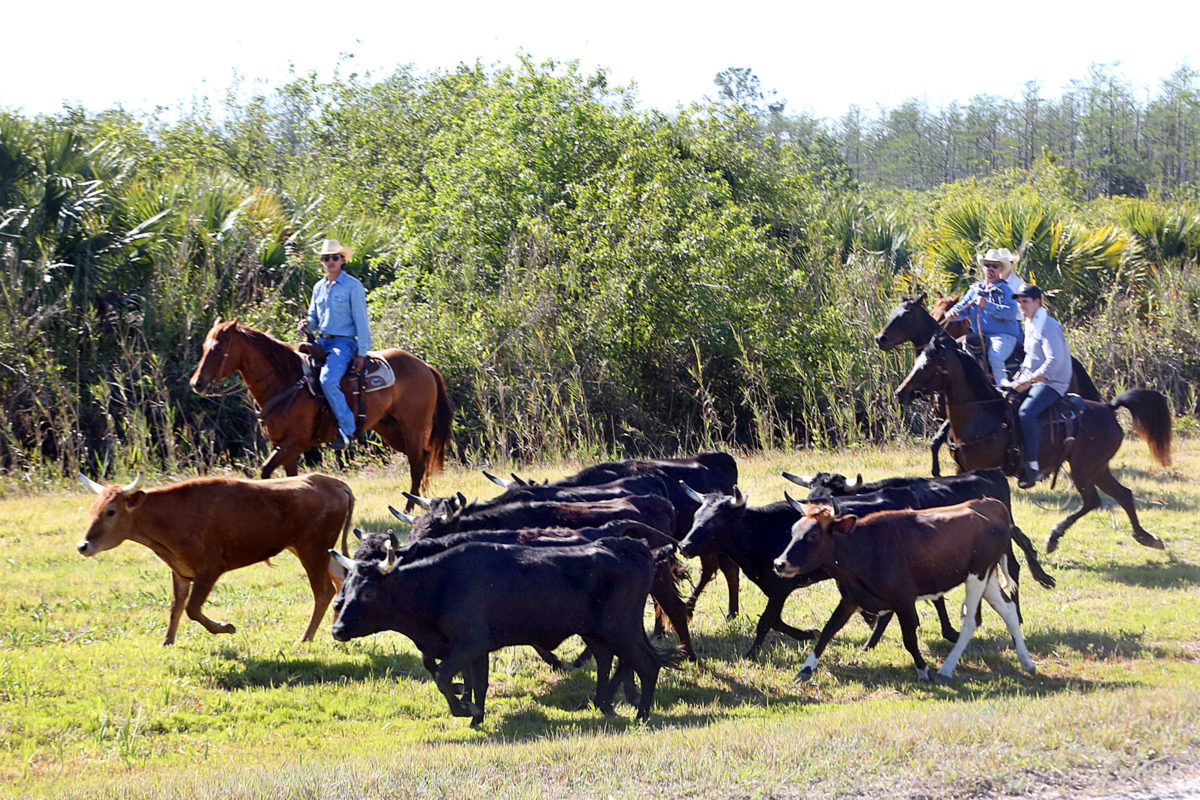 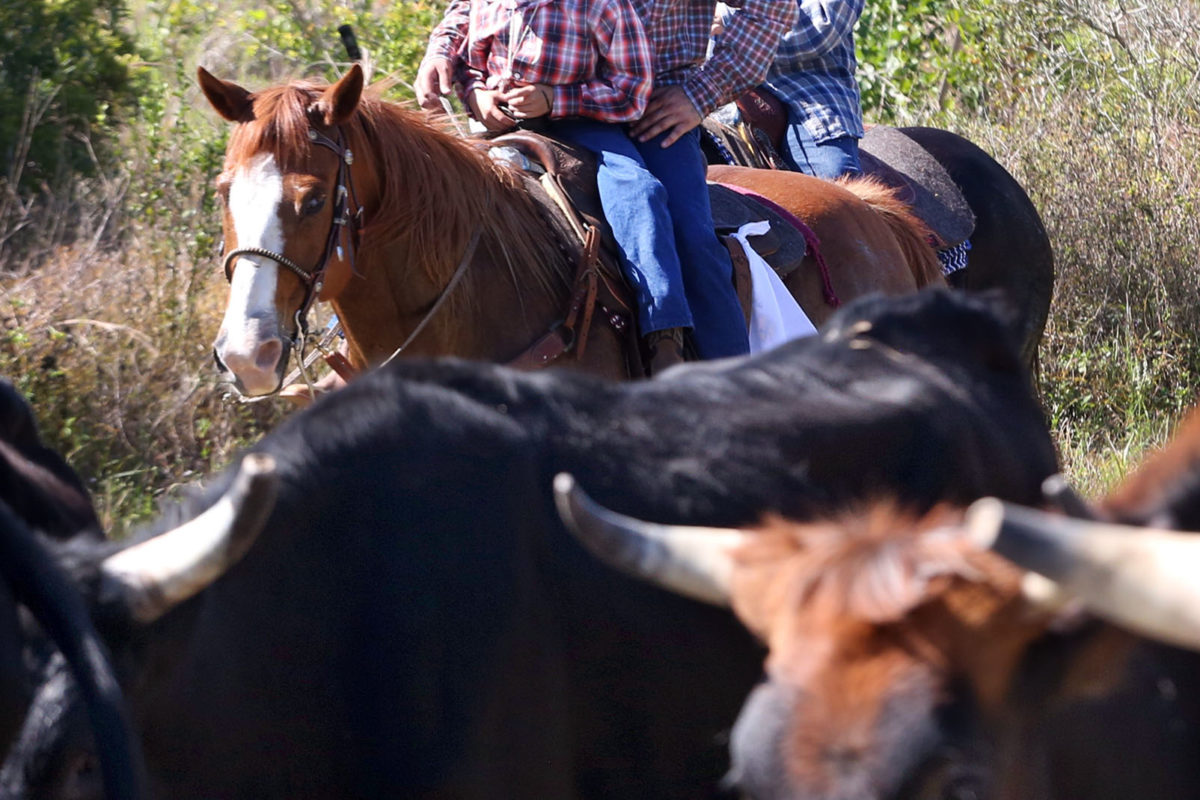 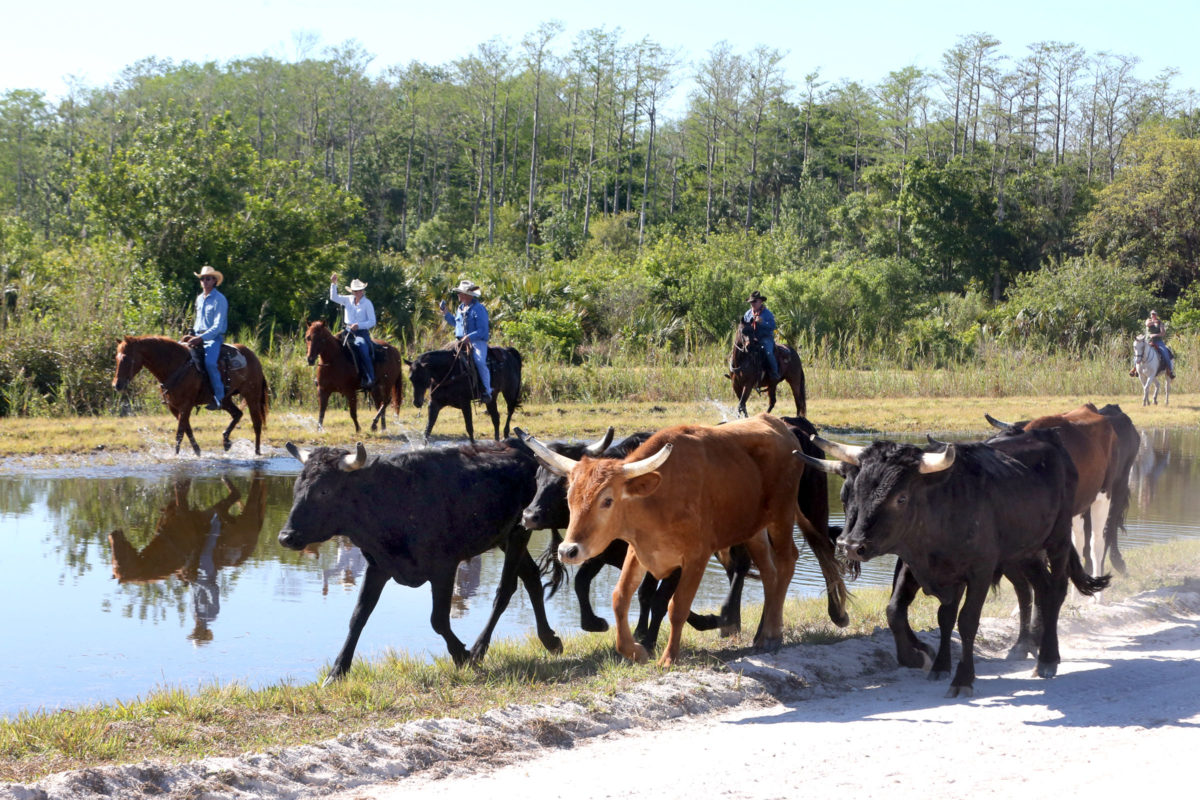 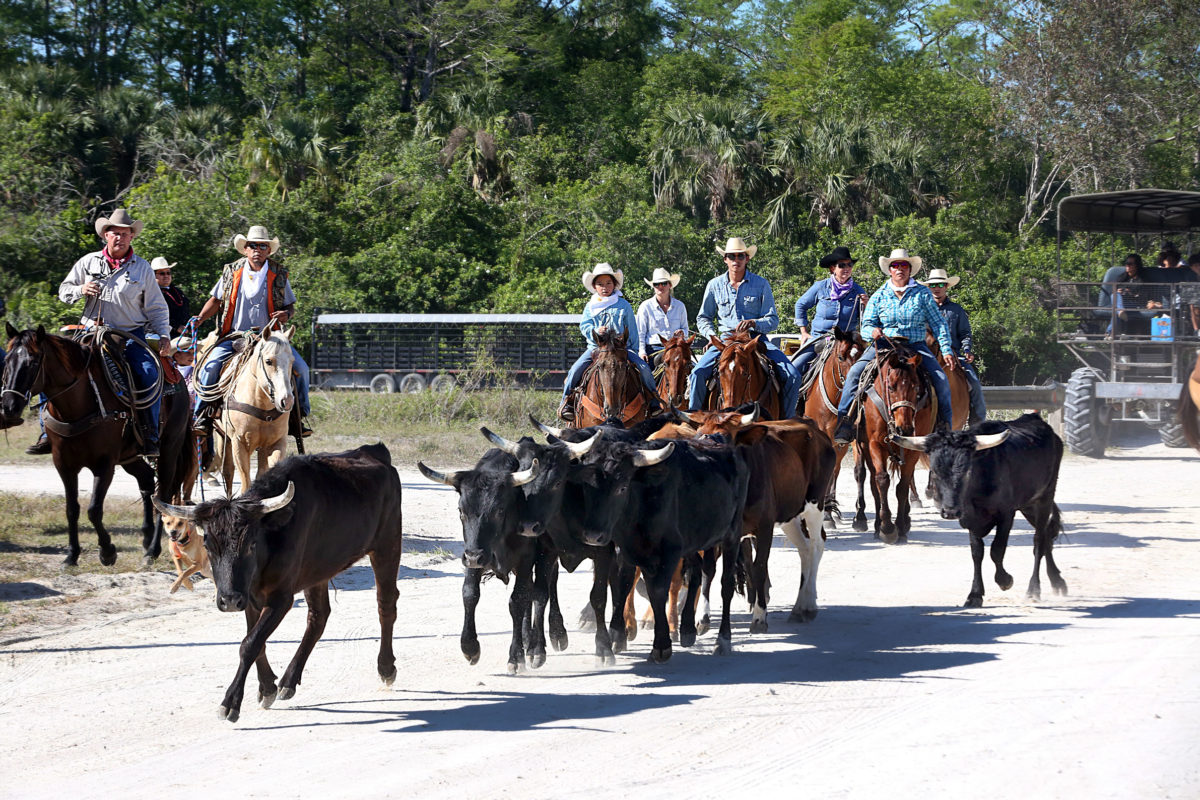 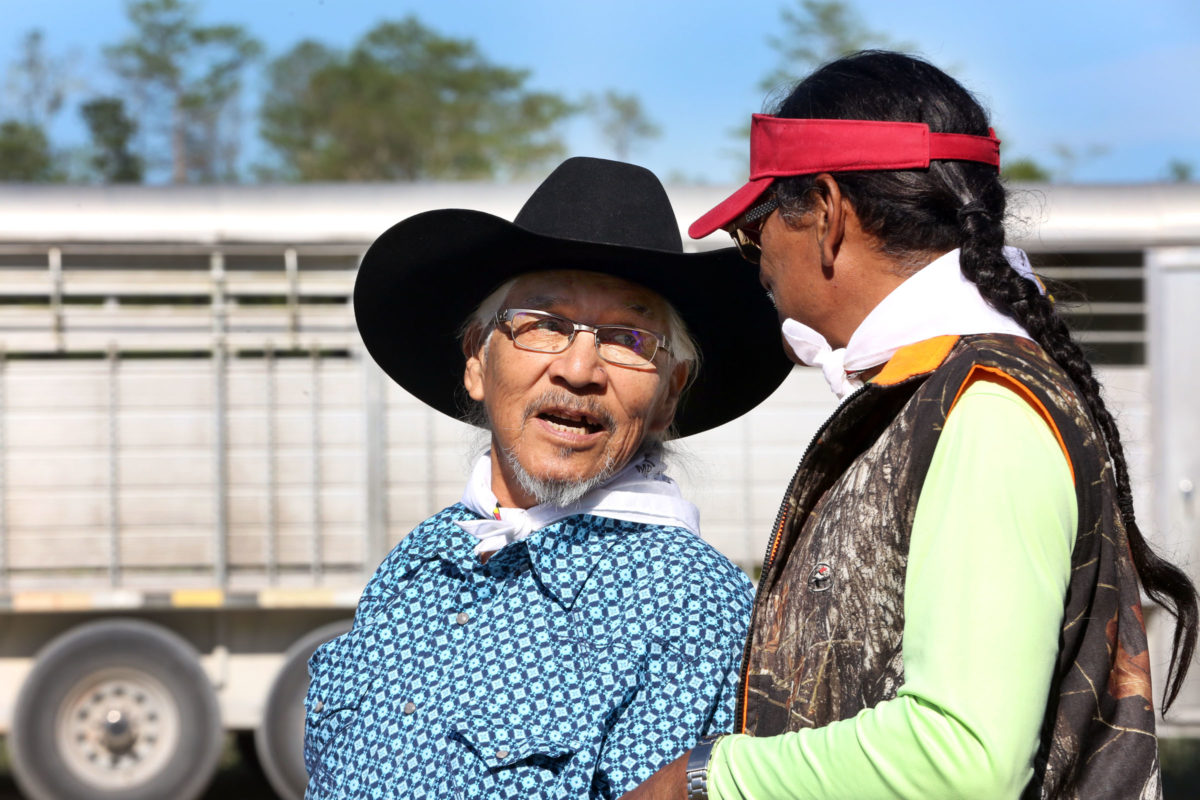