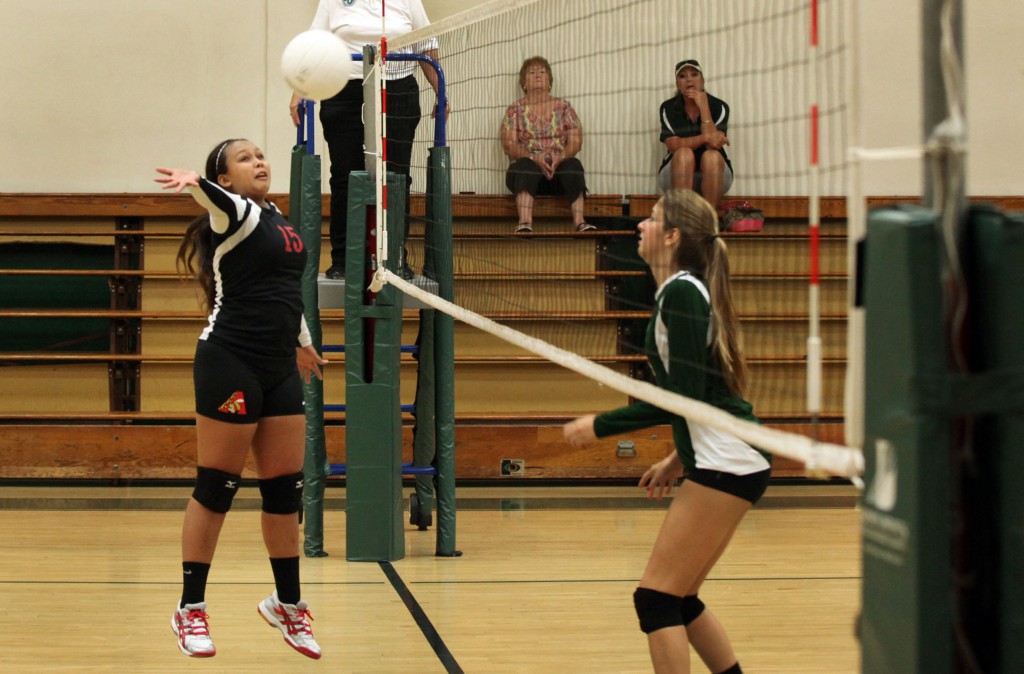 BIG CYPRESS — Ahfachkee School’s Lady Warriors volleyball program is off to a sure start when it comes to learning the game and building a competitive team.

With a 0-1 record for the middle school team and 0-2 for the varsity team as of Sept. 11, the girls charge the court with determination and school spirit.

But coach Dessie Thomas said the teams are up against some very established school teams – some that are also part of travel leagues, such as Glades Day School. Secondly, the Ahfachkee high school team consists also of middle school students.

Eighth-grader Dasani Cypress shows promise with powerhouse serves and consistent defensive returns. Eleventh-grader Sabre Billie is also a power server who, in a recent game against Glades Day, put out three consecutive serves for a series of point rallies, though the team lost the first three matches in a shutout.

The varsity team will have played a 14-game schedule for the 2013 season before the district playoffs set for Oct. 22 in Naples. Finals will be played Oct. 24 in Naples.

For now, the team is winning in attitude, outlook and camaraderie.

“I love when I see them out there on the court and smiling,” Thomas said.