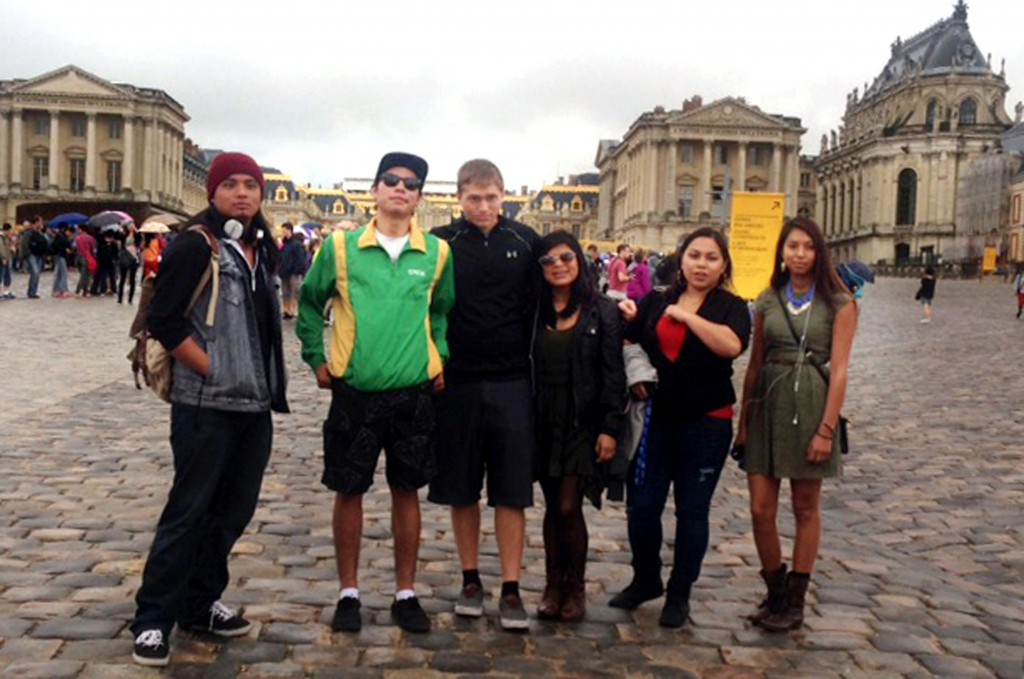 Most people only fantasize about taking a whirlwind European tour. For a dozen Tribal members, seven summertime days recently spent discovering the art, culture and religions of Paris and Rome was a fantasy come to life.

“It was my first time out of the States, so it was awesome and overwhelming,” said Alanis Emilee Bowers. “Yes, I want to go back.”

Organized by Mariann Shaa-nutch Billie, the educational experience for high school students and parent chaperones featured tours of St. Agnes church, Vatican City, the Roman Forum, the Colosseum, Pompeii and the Basilica of Saint Mary of the Flower in Italy, as well as the Louvre, the Palace of Versailles and the Eiffel Tower in France.

“The idea behind the trip was to take our young adults to explore other cultures and religions,” Billie said. “I feel many of the students also gained a greater appreciation for our own culture.”

The adventure was paid for by each participant, but Billie hopes in the future to help fund annual educational excursions through the ABC Foundation. Still in its infancy, ABC was established last year in memory of avid skateboarder Alexander Blaine Cypress who passed away of pneumonia in May 2012 at age 21.

Billie said the foundation was created to build and support skate parks throughout  Indian Country and the United States and to provide college scholarships to Tribal and non-Tribal extreme sport athletes.

Former Miss Seminole Alexis Aguilar and her parents, Vanessa and Pete Aguilar Jr., had a collective blast as Native American tourists in Europe. Pete Aguilar, owner of Seminole Construction and Development, said his favorite site was the Colosseum in Rome.

“I was impressed with the ability to build something of that magnitude so long ago. The construction was amazing considering what they had to work with way back when,” he said.

For Cypress Billie, the best part of the vacation gave him a physical workout.

“Visiting Florence and climbing the (Basilica of Saint Mary of the Flower) dome – all 426 stairs of it,” he said.

Mariann Billie said the next educational road trip is already scheduled. In the summer of 2014, she will take another group to Costa Rica. Teens must be 16 or older, passing to the next grade and be in good standing in the school and community.

Mariann Billie contributed to this article.