COCONUT CREEK — Franklin Jumper would have liked some company – in the form of teammates – as he lined up for the start of the high school boys varsity race in the Pine Crest Cross Country Invitational on Oct. 12.

Other runners from schools such as American Heritage, Calvary Christian and Palmer Trinity had four, five or even six runners who flanked Franklin at the starting line before the starter’s pistol was fired at Tradewinds Park in Coconut Creek.

Despite his recruitment efforts, Franklin is the only high school boy on the Ahfachkee School cross country team, which debuted this fall.

“I tried talking my classmates into it,” Franklin said. “But they’re not into cross country that much. Maybe I can get them into track.”

Although Franklin doesn’t have teammates in his division, at least he isn’t alone on the Ahfachkee team. Alonie Gore, a freshman, runs in high school girls races while seventh-grader Anthony Avalos competed in his first cross country race in the middle school boys division at Tradewinds.

Ahfachkee cross country coach and Athletic Director Matthew Beckham admitted the sport, which can be demanding with practices and races in hot conditions, isn’t for every student. His team runs along the canals on the Big Cypress Reservation in the middle of afternoons after school.

Initially, about eight students came out for the team; most didn’t return after the first practice. The few students who remained with the program have earned Beckham’s admiration.

“I give a lot of credit to these kids who decide they want to run two, three miles,” said Beckham, a former high school and college sprinter whose expertise is more in track than cross country. Sprinting and cross country are two totally different things. It’s a lot easier to get a kid to come out to a practice and say ‘hey, we’re going to run maybe seven 100-meters,’ instead of saying you’ve got to run all the way down the canal and back, and it’s hot and humid.”

Franklin has stuck with the program to become its trailblazer. He consistently attends practices, a dedication that has paid off with faster times each time out for a runner with a calm, smooth stride. He finished his first two races in the low 30-minute range. At the Pine Crest meet, he got his time down to 26 minutes, 49 seconds on the 3.1 mile course that wound its way around the athletic fields at the park.

“It was good. I gave the most I could,” said Franklin, who finished 140th in a field that featured several of the top private schools in South Florida. “Franklin has set a [personal record]every meet. He’s done better every meet, and that’s the name of the game,” Beckham said.

Last spring, Franklin helped kick off Ahfachkee’s track program. In a few months, he’ll return to track, but he wanted to give cross country a shot this fall, and he’s glad he did.

“It challenges me in different ways than track because it’s more endurance. It’s more sticking with it than just one minute running,” he said.

Alonie Gore has stuck with it on the girls side, so much that she ran in the Pine Crest meet despite being ill. She’s done double duty this fall as a member of the school’s cross country and volleyball teams. In fact, after competing in the cross country meet she headed back to Big Cypress to play in a volleyball match.

In the middle school race, Anthony Avalos looked comfortable early in his first-ever race as he was among the middle of the pack. Although he finished toward the back with a time of 18:24 in the 2-miler, the experience competing in a cross country race should be beneficial for his future.

“He did all right early on,” Beckham said. “His ability to keep up with the rest of the kids and keep his pace is not really going to be there because he hasn’t attended practices.”
Beckham was encouraged by Anthony’s willingness to try and compete in something new.

“He finally decided it was something to do and he wanted a shot, so we gave him a shot and he came out here to see what it’s like,” Beckham said.

Similar to all the sports at Ahfachkee, Beckham wants to see the cross country program grow. Interest is already building for track season. A year ago, five students comprised the track team. Beckham said the squad should have eight this season.

As for cross country, Franklin and Alonie returned to Tradewinds Park on Oct. 24 for the Class 1A-Disrict 14 meet, which featured a much smaller field than the Pine Crest meet. Franklin generated another PR with a time of 26:37, good enough for 25th place in the boys varsity race. Alonie finished the girls race in 17th place with a time of 34:25. 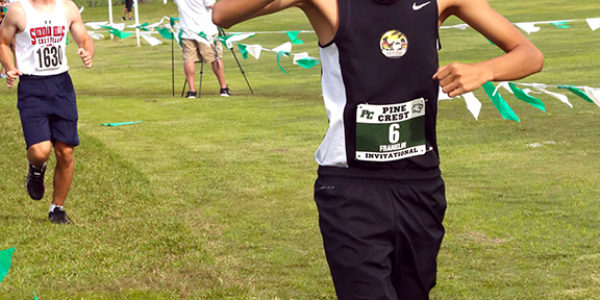 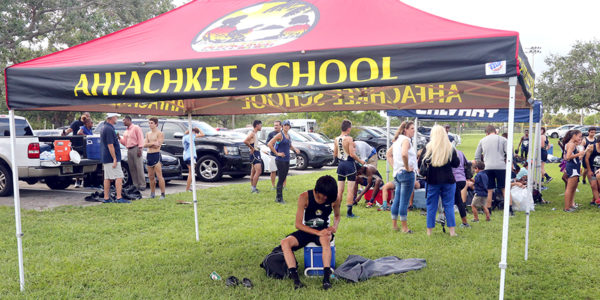 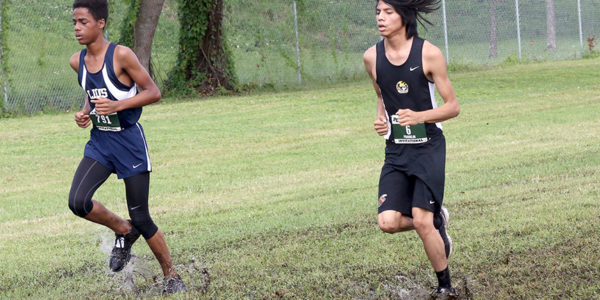 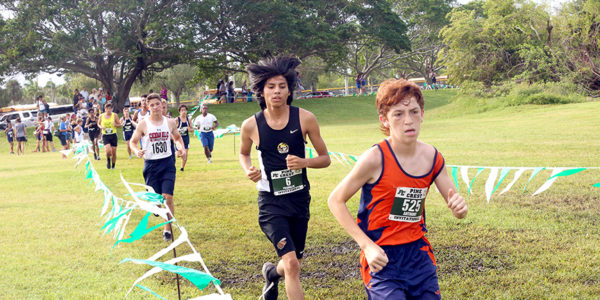 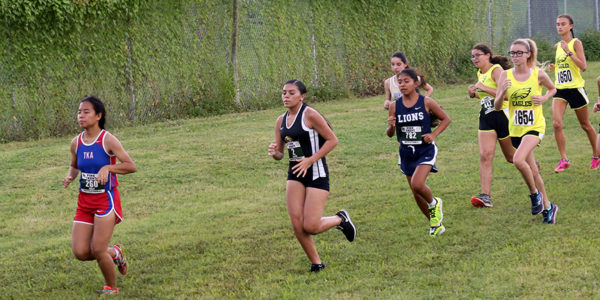 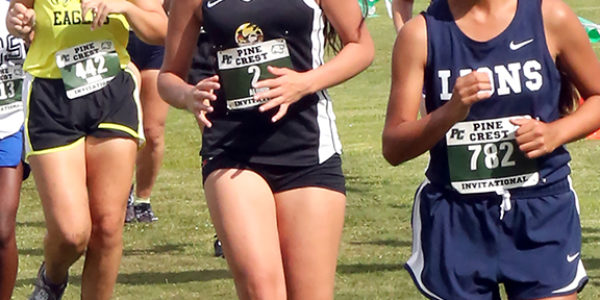 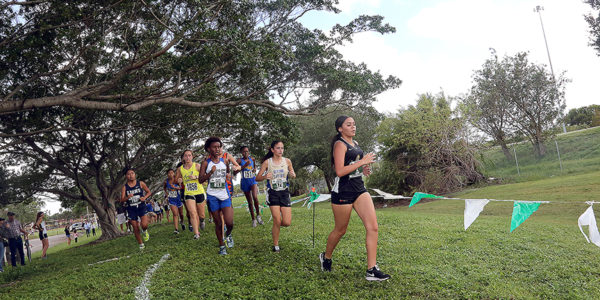 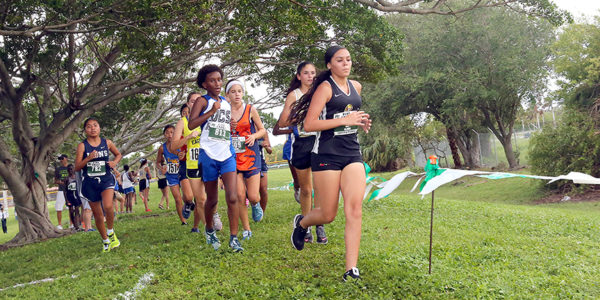 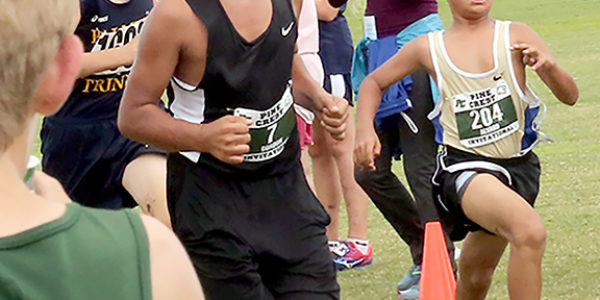 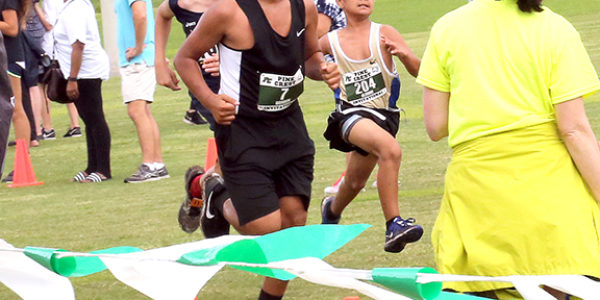 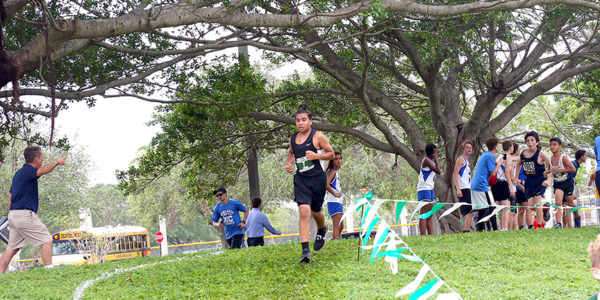 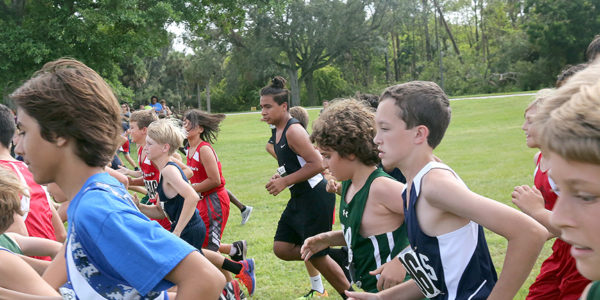 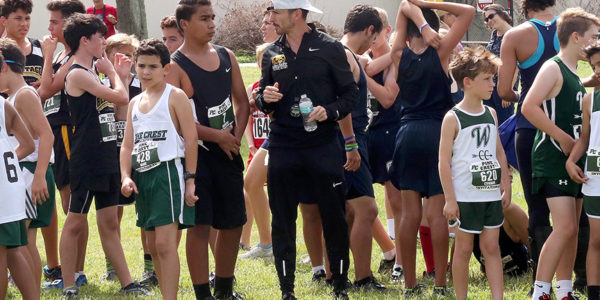