The Tribal Historic Preservation Office has been excavating the presumed site of Fort Shackleford since 2008 and on Nov. 20 a group of THPO archeologists taught 20 Ahfachkee students the art and science of archeology during a field class at the site.

Jumper gave the students a personal account of the land that has been in his family since the 1950s.

“This is part of your history as Seminoles,” Jumper told the students. “The army wanted to send us all to Oklahoma. Seminoles burned it down. If it wasn’t for your ancestors fighting for what they believed in, you wouldn’t be here. I’m always thankful for them. It’s important to learn your history; we all come from a proud bloodline. Take pride in who you are.”

The fourth, fifth and sixth graders learned about archeology first-hand by participating in three different field stations. They excavated soil and then pushed it through a mesh screen to find small objects, looked for metal objects with a metal detector in another area and learned about objects that were previously found on the site in a lab activity.

THPO archeological field technician Sean Keyte told the story of the site. The fort would have contained a small building for the officers, but soldiers would have slept in tents. The site contains a marker placed in the pasture in 1943, but it may have been moved in later years to prevent looting. The land was also a watermelon farm and was plowed over many times.

The purpose of the dig is to find artifacts from the 1850s to prove the fort existed in this pasture. Keyte told the students THPO looks for and has found square nails, wood objects, charcoal, musket balls and metal objects on the site. He said the most significant finds at the site over the years have been the square nails and charcoal.

During the dig, field technician Nick Butler told the students to look for different colors in the dirt as they dig deeper.

“We want to track and see how the dirt changes,” Butler said. “But this soil is all jumbled because it used to be a watermelon field. Plowing it moved the dirt around a lot.”

Regardless, students found a few artifacts including some wood and small metal pieces. All the pieces will be examined more closely in the THPO lab.

“The fort was made of wood, so that’s a good thing,” THPO project coordinator Bernard Howard told Lena Cypress, 9, after she found a piece of wood.

“I like that we get to learn about this stuff,” said Ina, 10. “We learned about the artifacts. I think the metal may have fallen off a knife or a nail.”

At the metal detector site, students took turns wielding the heavy metal detector over the uneven grasses in the pasture. They also marked off the areas they searched.

In the lab activity, students measured and described photos of objects they were shown as they tried to figure out exactly what they were. They recorded the data and looked at the texture, color and size of each piece. Some were rusty old nails and some were pottery shards made of clay, but all were likely from the mid-1800s.

“Sometimes we take unidentified metal objects to the dental office to be x-rayed,” Keyte said. “It lets you see if there is a square head and you can tell if it is hand cut.”

The students were engaged in the discovery process and were also glad to be out of the classroom.

It may have been fun for the students, but the meaning was much deeper for Jumper.

“This fort represents a time when our people were oppressed,” Jumper told the students. “The soldiers were trying to take away our home and families. Take these opportunities you have and use them; it will help you to grow in your walk through this life. Talk to your elders, listen to their stories and learn your language.” 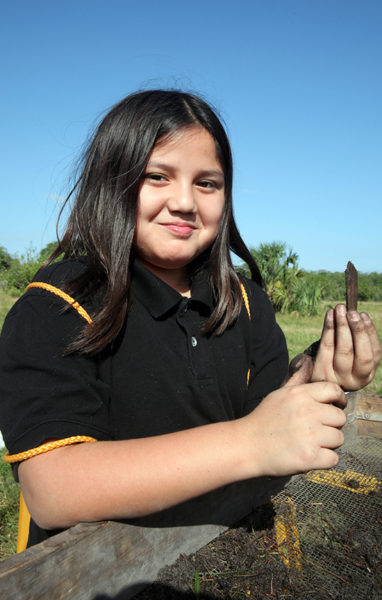 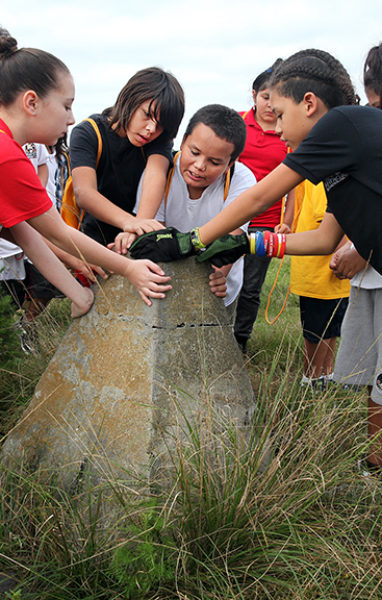 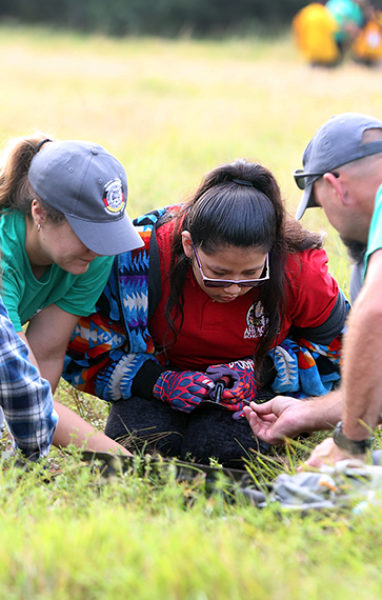 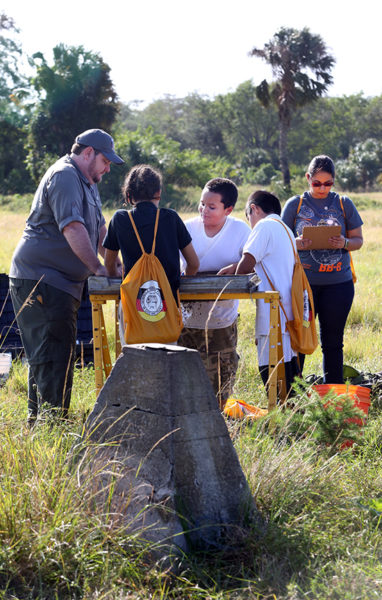 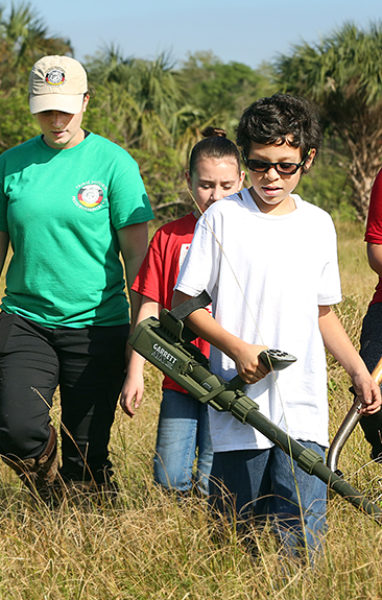 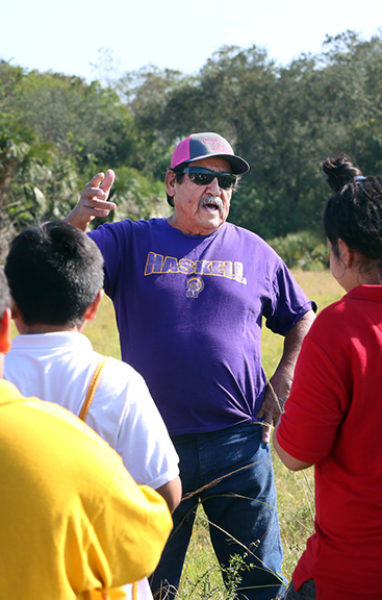 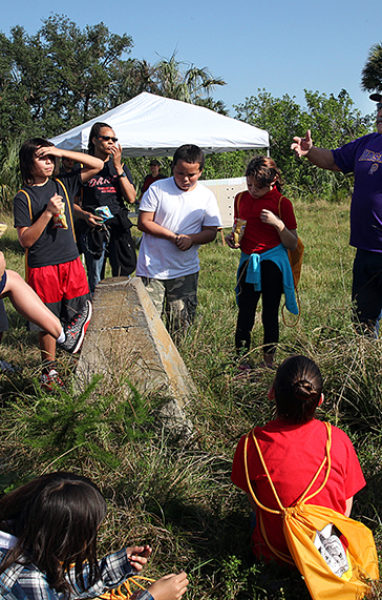 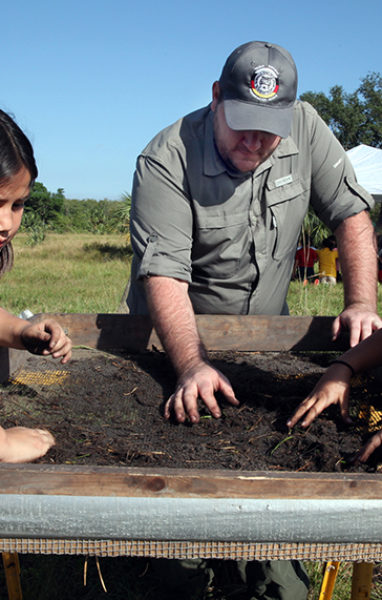 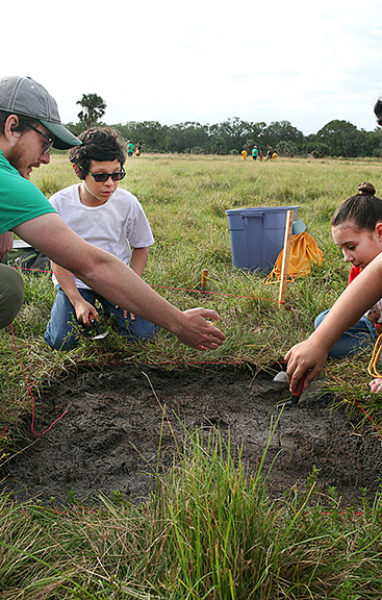 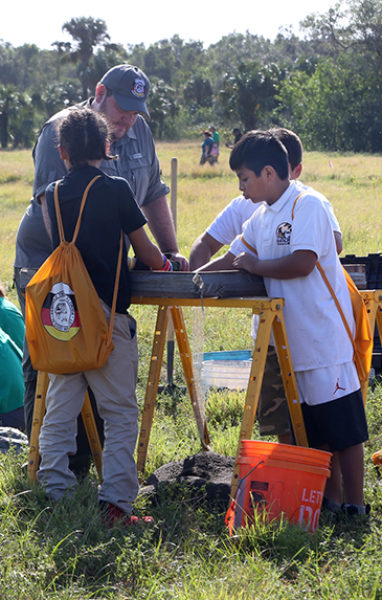