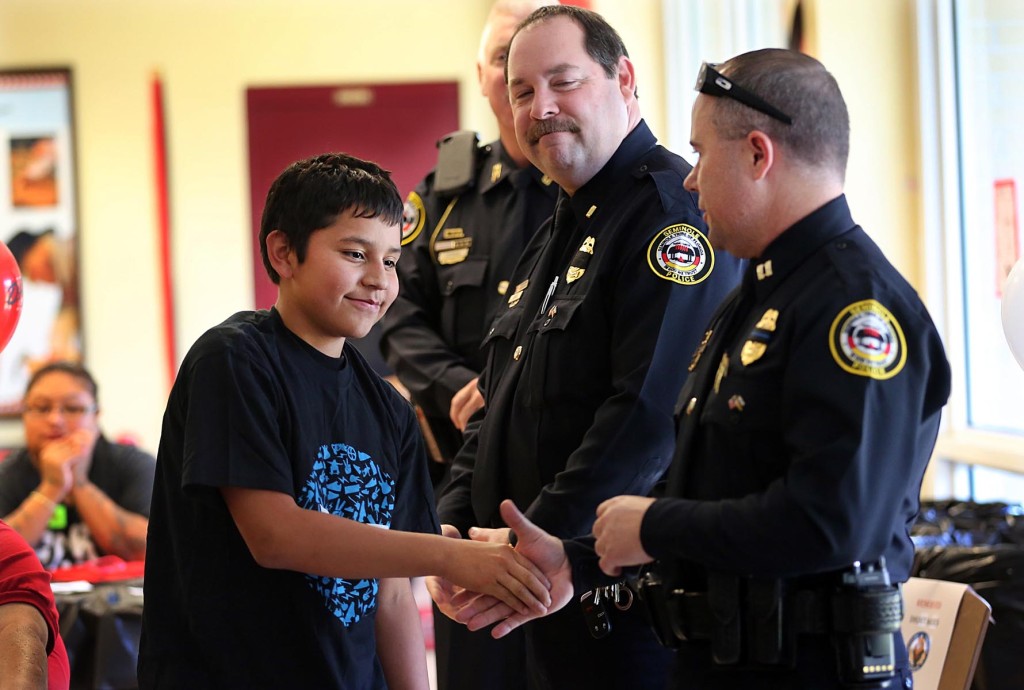 BIG CYPRESS — Just before the annual Drug Abuse Resistance Education (D.A.R.E.) commencement ceremony May 14 at Ahfachkee School, two 2013 graduates said that what they learned in the program has helped them navigate through their adolescence.

“Drugs can really mess up your life,” said Leilani Gopher, a seventh-grader who was chosen to mentor the graduating fifth-grade D.A.R.E. class. “They make you an ugly person.”

Leilani and fellow mentor Ricky Garza have witnessed drug use on the reservation and have steered clear of it. Ricky said he has heard people talk about their regrets.

“They look back and say they wish they had graduated high school and not done drugs,” Ricky said. “Drugs are addictive. They wish they never made that choice.”

Founded in Los Angeles in 1983, D.A.R.E. is now a worldwide law enforcement-driven effort that teaches children how to resist peer pressure and live productive drug- and violence-free lives. Police officers teach lessons to students from kindergarten through 12th grade.

“The D.A.R.E. program has evolved over the last two years and focuses more on bullying topics, including making responsible and healthy choices,” Harbin said.

“I remember being in D.A.R.E. class in elementary school,” said acting principal Jillian Wilson. “Now it addresses new dangers in society and the times we live in. Ahfachkee is privileged to have this program. Our mission is to provide a safe place to learn and be drug free.”

“What I learned in D.A.R.E. was to do the right thing and make good choices,” she read. “I plan to use my information the right way and share it with friends and family.”

Harbin said she chose Leilani and Ricky because they are responsible and will serve as role models for younger students. The mentors shared their simple message with the fifth-graders.