Skip to content
You are here
Home > Community > A juicy deal; Board of Directors acquires Noble Food Service 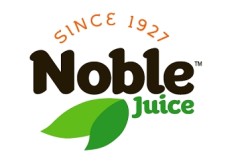 In a quest for more business opportunities, the Seminole Tribe of Florida, Inc. recently acquired a majority interest in Noble Food Service, a Central Florida-based company that sells fresh fruit and citrus juices.

The Tribe has conducted business with the company since the 1980s when Noble bought the Tribe’s crops after a freeze destroyed their own. The two entities have expressed interest in working together in greater capacities and have explored possibilities since 2009.

It was a perfect blend.

“We had only specialty juices; Seminole Pride is a strong orange juice brand,” said Quentin Roe, president of William G. Roe and Sons, which has sold products under the Noble brand since 2009. “We knew if we had them all with U.S. Foods, we would have the largest brand of citrus juices in the market nationwide. No other brand has as broad a line as we do.”

Noble products are sold in 5,000 grocery stores and 700 food service outlets in the eastern U.S., including Publix and Wal-Mart throughout the state.

The Tribe hopes to leverage that shelf space and add more Seminole Pride products to the stores.

Although how the Seminole Tribe brand will be incorporated into the packaging has yet to be determined, it is being discussed now.

“Eventually it will be one brand, but we won’t immediately change it from Noble to Seminole Pride,” President Tony Sanchez Jr. said. “The Noble brand has been around for four generations and we want to maximize that potential.”

“We want one common brand,” Roe said. “We don’t want to lose the Noble identity, but we want to overlay the Seminole Pride message and emblem on the label.”

They plan to distribute to more restaurants, schools, hotels, hospitals and caterers throughout the country.

“Since our relationship has been established, the sales of orange juice have exceeded our expectations,” President Sanchez said. “We want to reach the masses with our distribution channels and we have the production capacity to fulfill those orders.”

The sales force at Noble has expanded to meet the increased demand for products.

“It’s kind of like drinking out of a fire hose,” Roe said. “We are responding to the challenge quickly.”

The minority status of the Tribe will also benefit both parties when bidding for contracts.

Many large companies and government agencies have social responsibility managers who make sure a certain amount of vendors are minorities. In addition, the U.S. Department of Defense considers Native Americans to be a super-minority, which gives them preferential treatment when bidding on contracts, Roe said.

“We will bid on those contracts,” he said. “We hope to be part of the military within six to 18 months.”

All juices made by Seminole Pride and Noble are super premium, meaning they are not from concentrate or highly pasteurized. The ability to transport the flash pasteurized juices overseas could present a challenge because the cold chain, or refrigeration, must be protected. If they get military contracts, Roe said they will initially focus on domestic sales.

The Tribe and Noble are also exploring business opportunities with hotel chains, private labels and other Tribes.

“The goal is to compete with major brands on a national level,” President Sanchez said.

The advantages of the new partnership are still being discovered.

“I don’t think a week goes by that we don’t learn more about the advantages,” Roe said. “I think what we both envisioned has been exceeded. We can’t be more excited about the opportunities in front of us.”