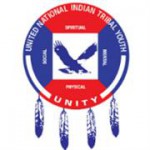 WOODLAND HILLS, Calif. — This summer, Native American youth took the reins of their respective Tribes and steered them toward positive changes, all the while preserving tradition.

Youth Councils from across Indian Country met in Woodland Hills, Calif. for the United National Indian Tribal Youth (UNITY) Conference to discuss issues in their communities and learn new ways to resolve them. Among the 1,200 students striving for social change were Tribal members Alexis Aguilar and Aaron Alvarado.

“I think it makes them aware of other issues that Native Americans face and makes them realize how lucky they are, and [that] they can share similar issues,” said Paola Moneymaker, Higher Education coordinator, who was along for the ride.

Alvarado, a senior at Immokalee High School, attended the conference because he was curious about the differences and similarities of common issues affecting Tribes across Indian Country.

“I also wanted to see how other Tribes motivate their youth to come together for a better future,” he said.

The teens selected the theme of the 37th annual conference, “Technology and Tradition for Today and Tomorrow,” fitting for the nonprofit organization’s mission to foster spiritual, mental, physical and social development in Native American youth. Workshops like “Facebook Indians,” “I Spy a Champion for Change” and “Building Your Authentic Network” showed youth how to use social media to grow their councils, increase fundraising, promote activities and build relationships with Indians across the nation.

Aguilar, 18, of Immokalee, who attended the conference for the third time, said she went to support the Tribe’s Youth Council and to observe how other councils operate to possibly bring back new material. The conference also provided her the opportunity to catch up with old friends, while discussing ways to encourage more involvement in the community.

“Too many people die too young from drugs, alcohol and diseases that come from abuse,” Alvarado said.

Two workshops stand out in his memory: a self-defense class that he attended with Aguilar and a self-awareness and motivation session.

“It (self-defense workshop) was about being aware of your surroundings and learning about how to respond to various situations you may be put in,” Aguilar said.

Though Alvarado joined the self-defense class initially to support Aguilar, he said he learned a few tips about how to take down an attacker using defensive moves, pepper spray and Tasers. The motivational session focused on helping teens identify individual interests, strengths and talents then using those attributes to forge futures.

“It was about feeling good about yourself, about seeing all the positive things that make you who you are and who you want to be,” he said.

Although the conference covered some serious topics and important constitutional changes, there was time for entertainment. Aguilar said her favorite part of the conference was a show where a hypnotist made volunteers from various Youth Councils perform activities under hypnosis, ranging from boys believing they were pregnant to all volunteers speaking Chinese and competing in a worldwide “twerk” competition.

Even though UNITY happens once a year, Youth Councils work hard all year long brainstorming ideas for community outreach and implementing them through service. The Seminole Tribe of Florida Youth Council, formed in 2011, has attended the conference ever since and actively participates in community service. In the past, they have organized food drives and school supply drives to help less fortunate children and teens. They also have mock Tribal Council meetings to practice leadership skills.

The Youth Council’s next big endeavor is a Thanksgiving turkey drive.

Education adviser Reginal Belizaire, who also attended the event, works with the council and has big plans for the future.

“The ultimate goal is to host a UNITY conference here,” he said. “We have to have a significant amount of kids involved.”

With six students in the council this year, the social media skills gleaned from the UNITY Conference will be put to the test to encourage other Native youth to join in the effort for a brighter future.

UNITY, a national organization with more than 150 Youth Councils operating in 35 states and Canada, is open to all Native American youth ages 15-24.

“It promotes Tribal leadership among Native youth and they also have scholarships for college and resources. I think it’s a really neat opportunity to work on leadership development,” Moneymaker said. “I encourage a lot of students to get involved.”