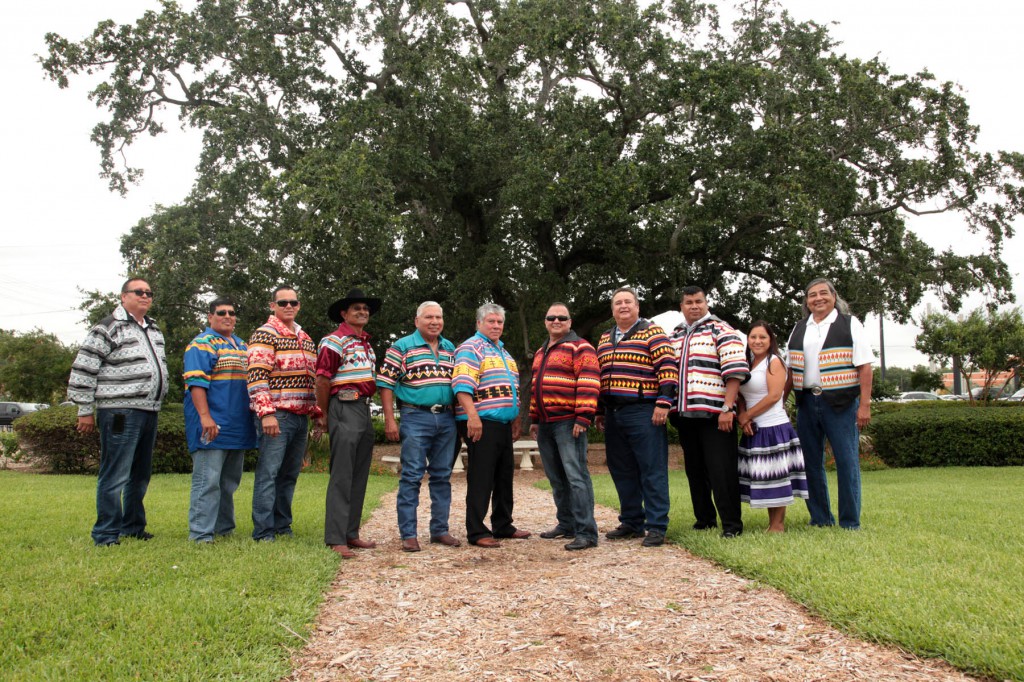 HOLLYWOOD — Democracy was on display June 3 as representatives of the Council and Board of Directors were inaugurated in Hollywood, assuring a smooth transition of leadership within the Seminole Tribe of Florida. Hundreds of Tribal members and guests witnessed the event as newly elected and re-elected officials swore their oaths of office.

“This election is a significant historical moment for us,” Chairman James E. Billie said. “I haven’t seen a more professional group of men running the business of the Board in my life. On the Council we have men who have proven themselves to make this behemoth of a business stay alive every day. The entire organization of the Tribe is made up of probably the best business people in our history. “

Chairman Billie looks forward to continued prosperity during the next two years.

The 2013 election marked another significant milestone; the Tribe used electronic voting machines to cast and count ballots on every reservation for the first time. The machines, provided by Automated Election Systems in New Mexico, made the process of voting more efficient and allowed election officials to make the results public 30 minutes after polls closed. In past elections, ballots were counted by hand, which usually took all night.

“It’s been a long time coming,” said Priscilla Sayen, Secretary of Tribal Council and Corporate Board of Directors. “Council amended the election ordinance to include the machines.”

To ensure Tribal members felt comfortable with the new technology, a mock election was held May 8 at Headquarters.

With a successful test of the machines, they were prepared for the general election May 13.

“Everything went very smoothly; there were no glitches,” Sayen said. “It sped up the process like night and day. We’re very happy with the results and will continue using them in the future.”

The newest face on the Board is entrepreneur M. Steve Osceola, the Hollywood Board Representative.

“I’m ready to go and have hit the ground running,” said Rep. Osceola, owner of Redman Builders. “There is a lot of potential to expand our business and start new ones.”

Newly elected Councilman Chris Osceola, of Hollywood, previously served on the Board.

Council and Board Representatives spoke to the assembled crowd.

“For the past two years, this Council has gone in the right direction,” Brighton Councilman Andrew J. Bowers Jr. said. “We don’t want to go backwards. I hope we remain on track and stay there. As our Tribe goes, we all go.”

The day was filled with looking forward while glancing back.

“This is an opportunity to get a lot of projects done,” Big Cypress Board Rep. Joe Frank said. “We initiated a lot in the last two years and now we hope to get them to the finish line.”