The mission of the Red Ribbon campaign is to convey the message that living a drug-free life is far better than being a substance abuser.  In his opening prayer at the Big Cypress Red Ribbon community luncheon Oct. 20, Moses Jumper Jr. added his own voice to the message.

“We know drugs and alcohol is a killer brought on by the devil himself,” Jumper said. “We pray that all our children know what Red Ribbon Week is for.”

The Red Ribbon campaign and the tradition of displaying Red Ribbons as a symbol of intolerance of drug use began in 1985 after the murder of DEA agent Enrique (Kiki) Camarena in Mexico City. Since then, the week has been commemorated in schools and communities nationwide.

The serious message of Red Ribbon Week was marked with activities such as poster contests, door decorations, a 20-foot long banana split, essay contests, community marches against drugs, pledges and promises to remain drug free on every reservation. The theme of this year’s campaign was YOLO (You Only Live Once), Be Drug Free.

Red Ribbon Week began with a fun run in Immokalee Oct. 17. Led by aftercare and prevention counselor Fred Mullins, children and community members gathered for a YOLO run/walk through the reservation. But first, Mullins told the group that they must fight the biggest enemy of the Tribe.

“You guys are part of the unconquered Tribe,” Mullins said. “You have an enemy today; not warriors, but drugs. The drug dealers want to get it to you kids and if you take them your life will be wasted. We are taking a stand. Hold your heads high when you run or walk today; you are doing it for your people.”

The children then raised their hands, repeated the words after Mullins and took the Red Ribbon pledge to stay drug free.

“It teaches kids not to do drugs so we can stay healthy and live longer,” added Denise Gonzales, 9.

About 500 Pemayetv Emahakv Charter School students, teachers, staff and community members marched through the streets of Brighton Oct. 18 to show their solidarity in the fight against drugs. Preschool students rode in a cattle trailer and babies in the Creek immersion program were comfortable in their strollers.

The Big Cypress community luncheon included Ahfachkee School students, who were all dressed in red.

“This is a something we need to be reminded of 52 weeks a year,” said Big Cypress Board Rep. Joe Frank. “Our expectations of you are high, you are our future leaders.”

Awards were presented for the poster and essay contests. Mya Rosette Cypress won first place for her moving essay in which she wrote about her mother Michelle Evanston’s struggle with alcoholism.

“It’s not her fault and I don’t blame her for it,” said the 15-year-old sophomore. “Even though it affected my childhood, I’m so grateful she is with us.”

She began her essay acknowledging how cliché the phrase ‘Be Drug Free’ sounds. Her words echo her vast experience, which left her certain that she will always remain drug free.

“Drugs are one of the things in life I can guarantee you will never need. I’ve witnessed several friends and family members convince themselves that they absolutely need some sort of drug to function. Although they claim the drugs make them feel or act better, any person with common sense can see how obviously negatively their lives are being affected by it,” she wrote.

After lunch, Ahfachkee students tried to create a new Indian Country record for the largest banana split at 20 feet long. At their disposal were 36 gallons of strawberry, chocolate and vanilla ice cream, 50 pounds of bananas, eight large cans of chopped pineapple, plenty of whipped cream, one and a half gallons of chopped peanuts, three 48 ounce bottles of chocolate syrup, strawberry syrup and caramel, six jars of sprinkles and 10 jars of cherries for the top.

Students had their assignments and worked furiously down the line creating a mess of sweet goodness. Five minutes and 54 seconds later, a new record stood. The crowd cheered and everyone celebrated by devouring the enormous sundae. 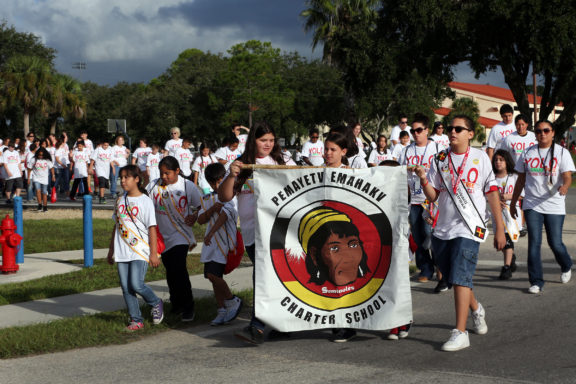 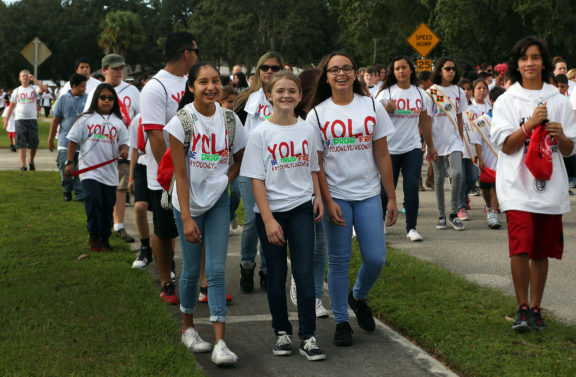 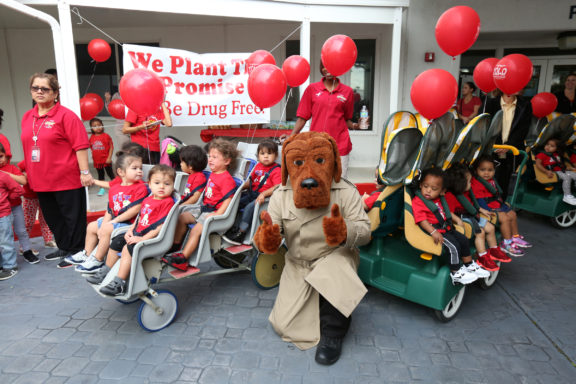 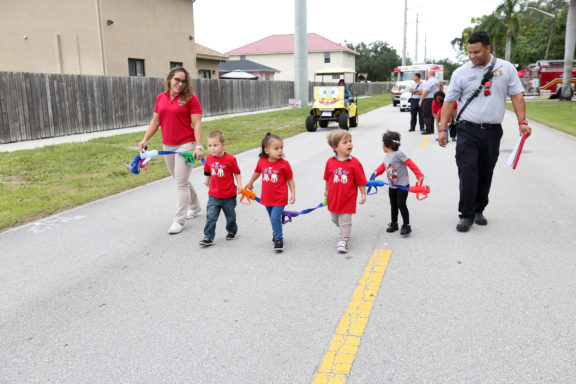 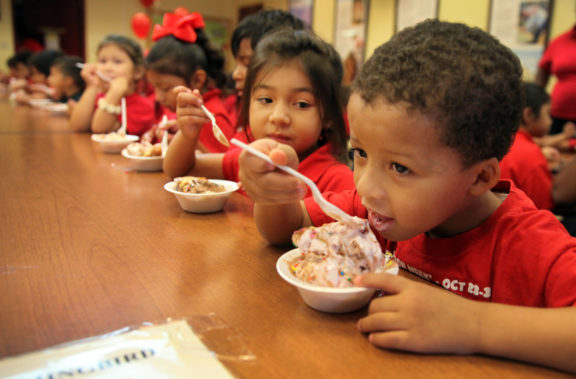 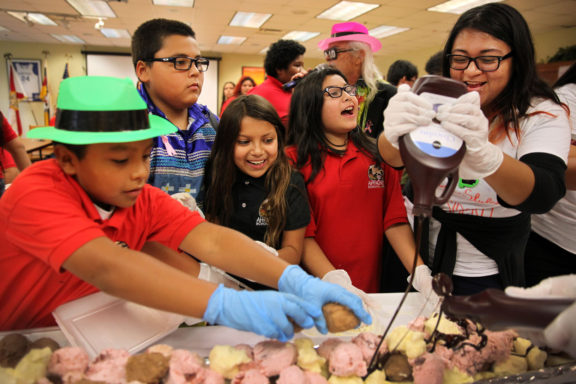