TALLAHASSEE — The state Capitol was abuzz with enthusiasm Feb. 22 as the Seminole Tribe’s 4-H students took to learning more about the inner workings of one of the country’s most pivotal state governments at the annual 4-H Day.

As part of its mission to engage students with the necessary skills and knowledge to succeed through experiential learning, a group of 15 motivated 4-H’ers, accompanied by their chaperones and instructors, traveled to Tallahassee to meet with state representatives, senators and other government officials.

The group was comprised of the 4-H community’s best and brightest leaders, all of whom held elected positions within the program’s various clubs and activities.

Lonnie Gore, who serves as the Florida Cooperative Extension special project coordinator, led the group of students and chaperones in its expedition toward civic engagement.

“What we are here for today is to emphasize the importance of getting the funding back for 4-H as a whole for our state,” Gore said. “We also want to let our student government and elected officials in 4-H get a piece of some political history.” 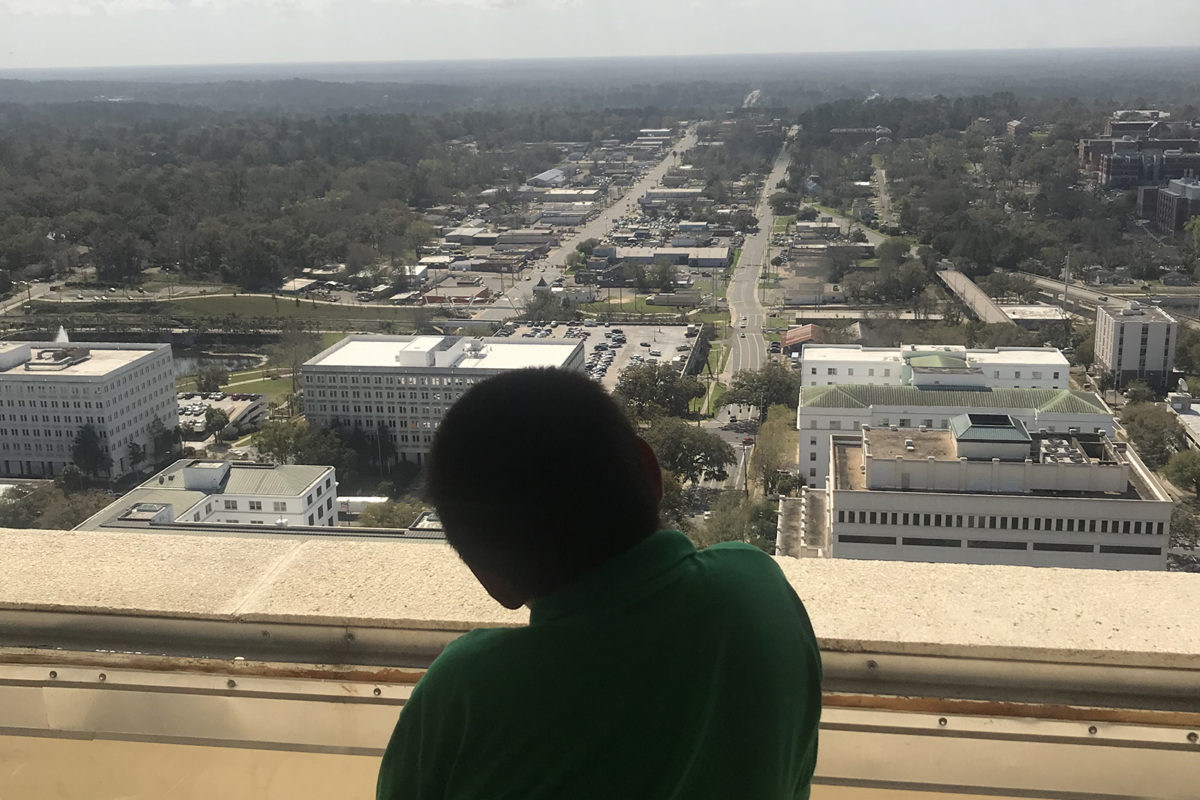 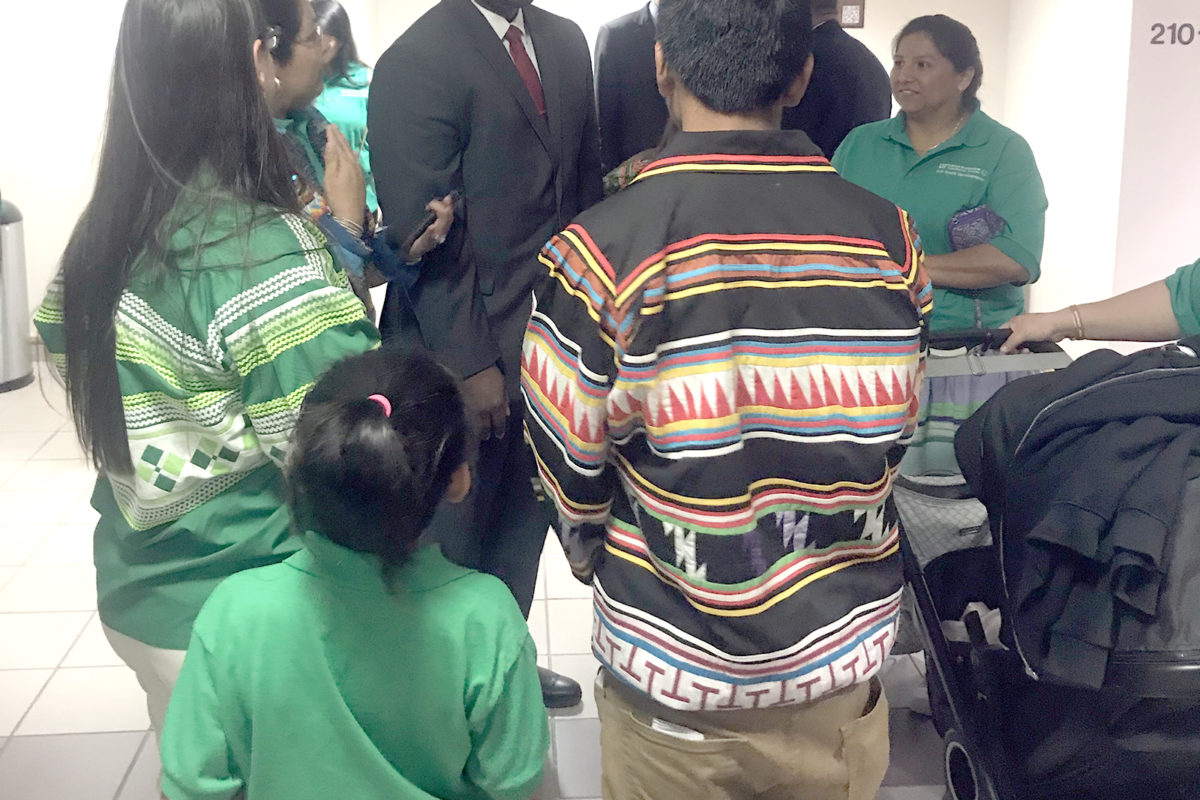 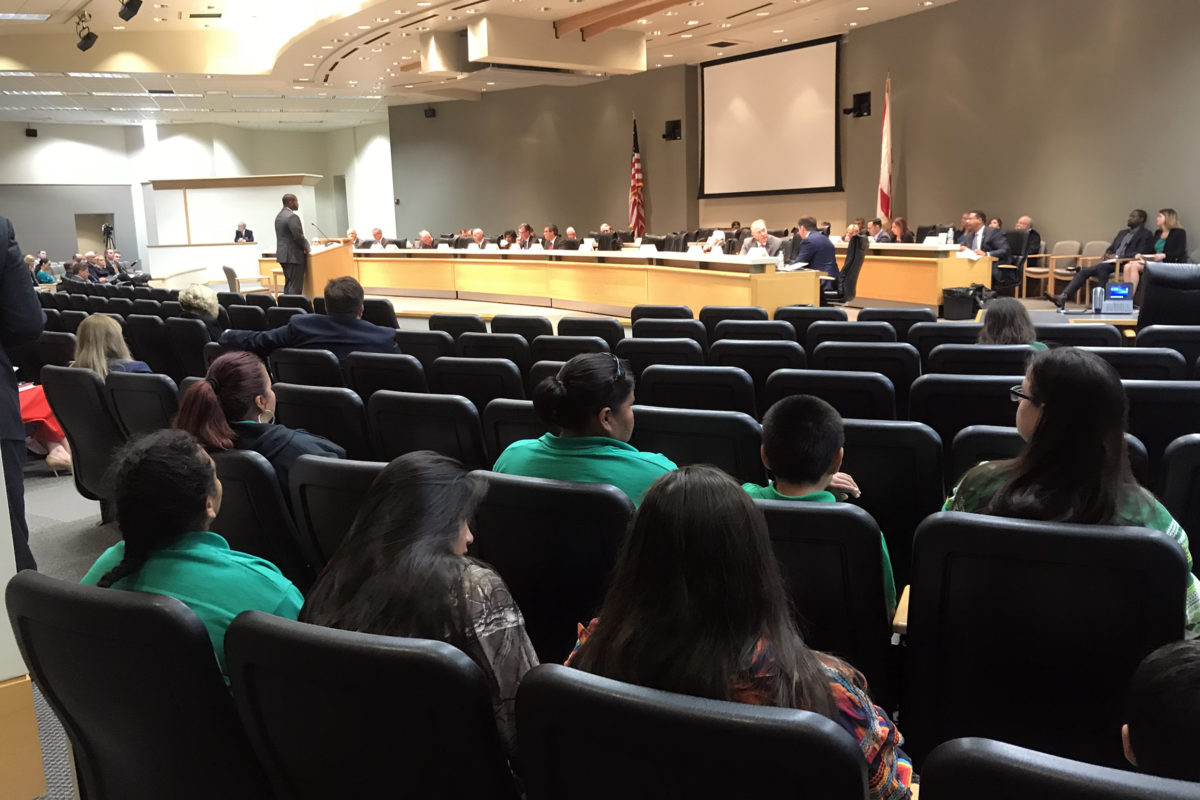 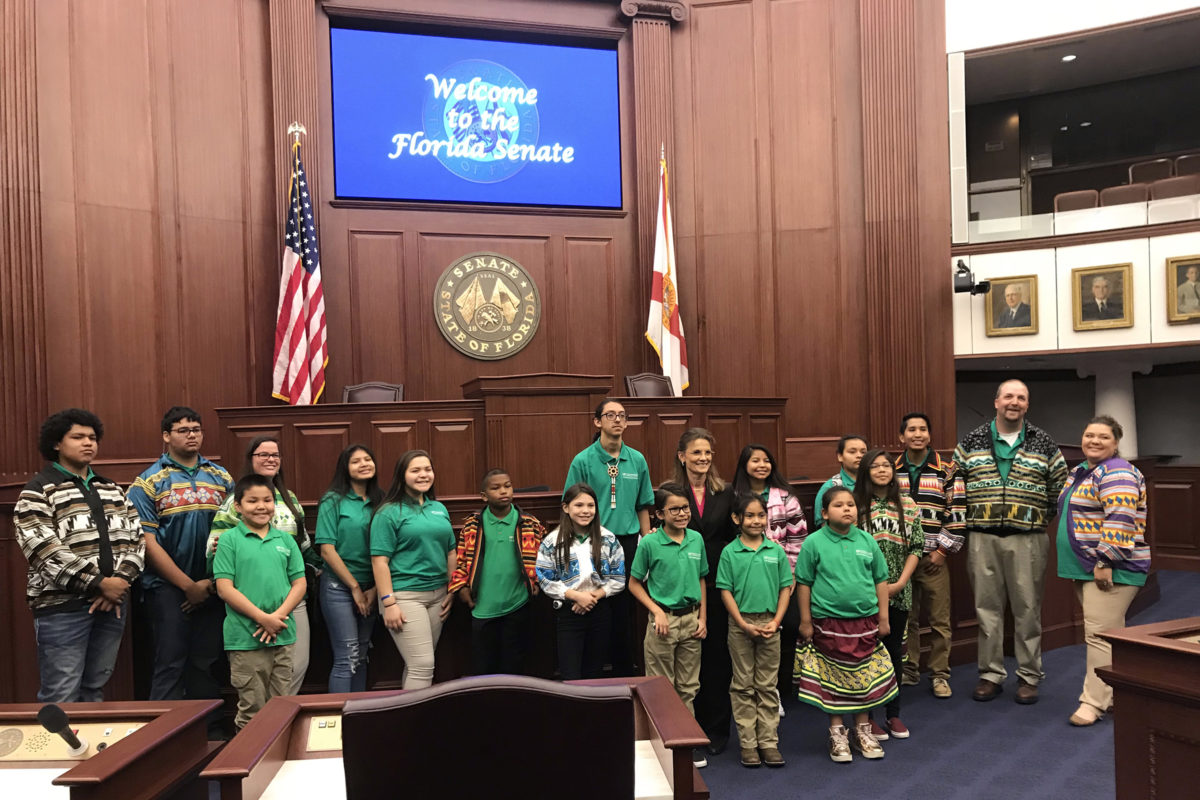 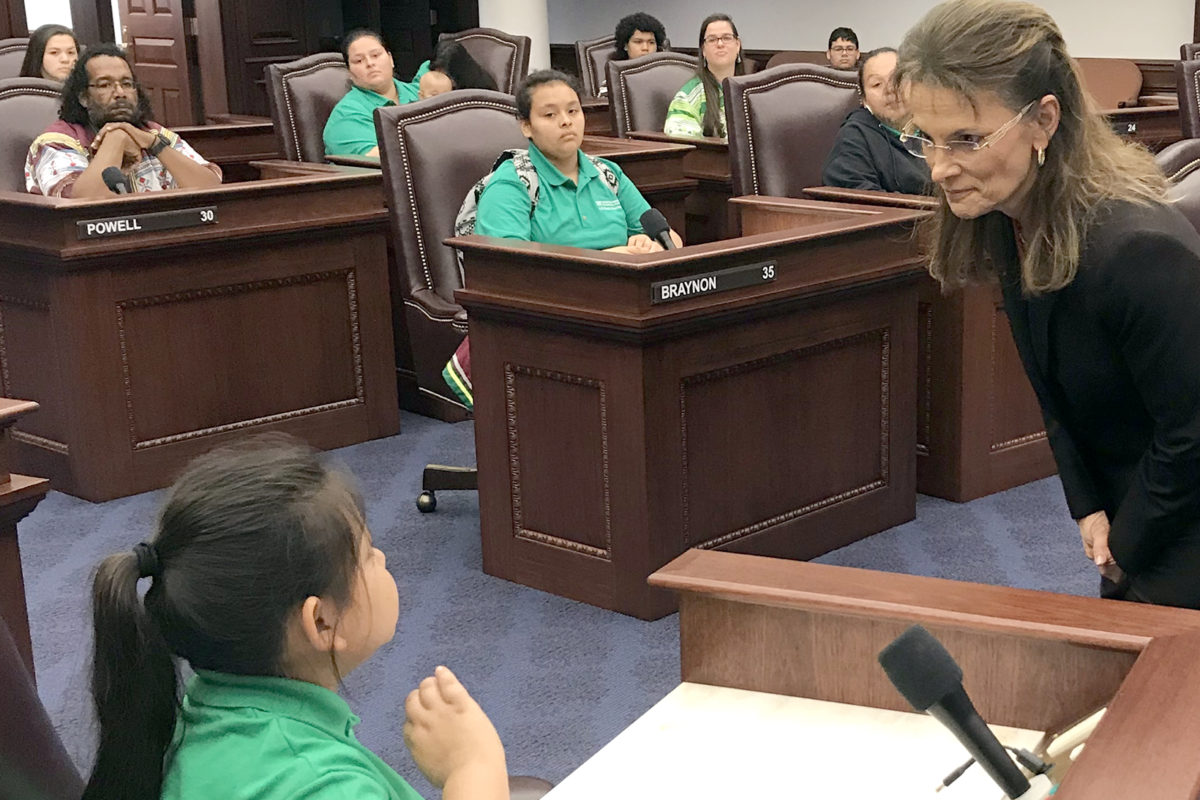 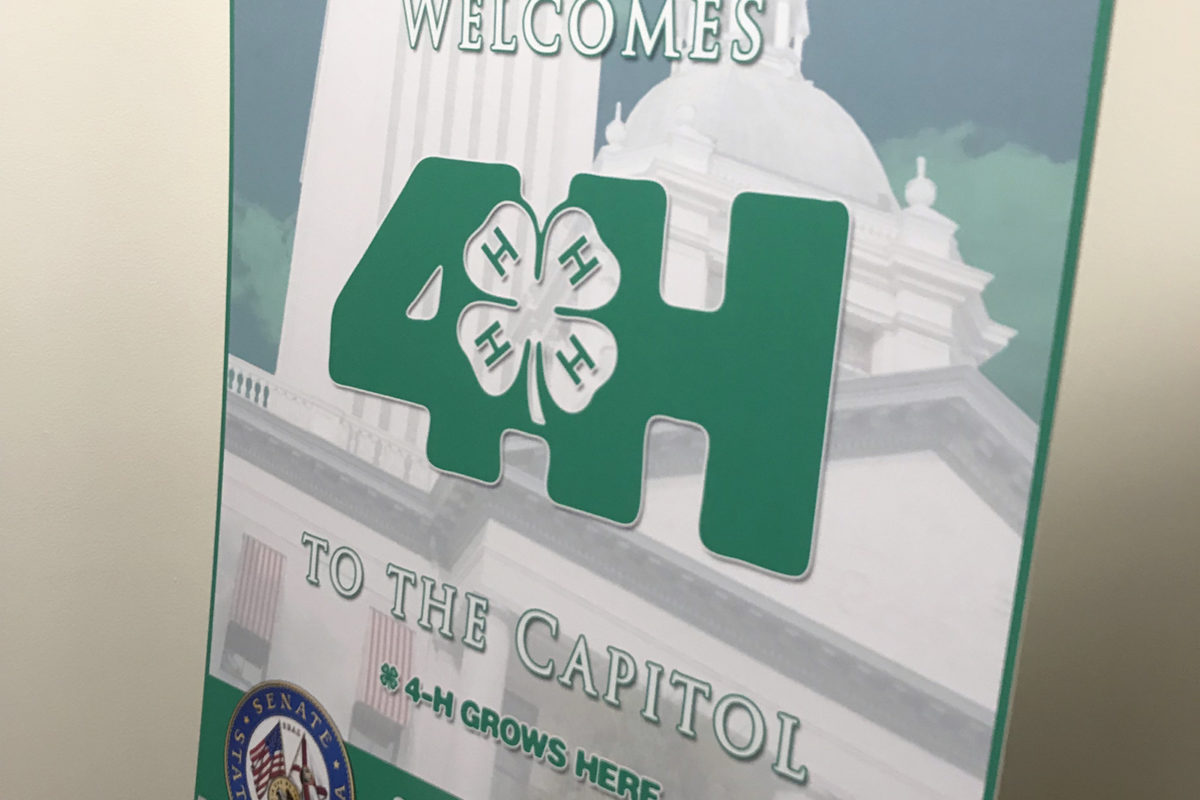 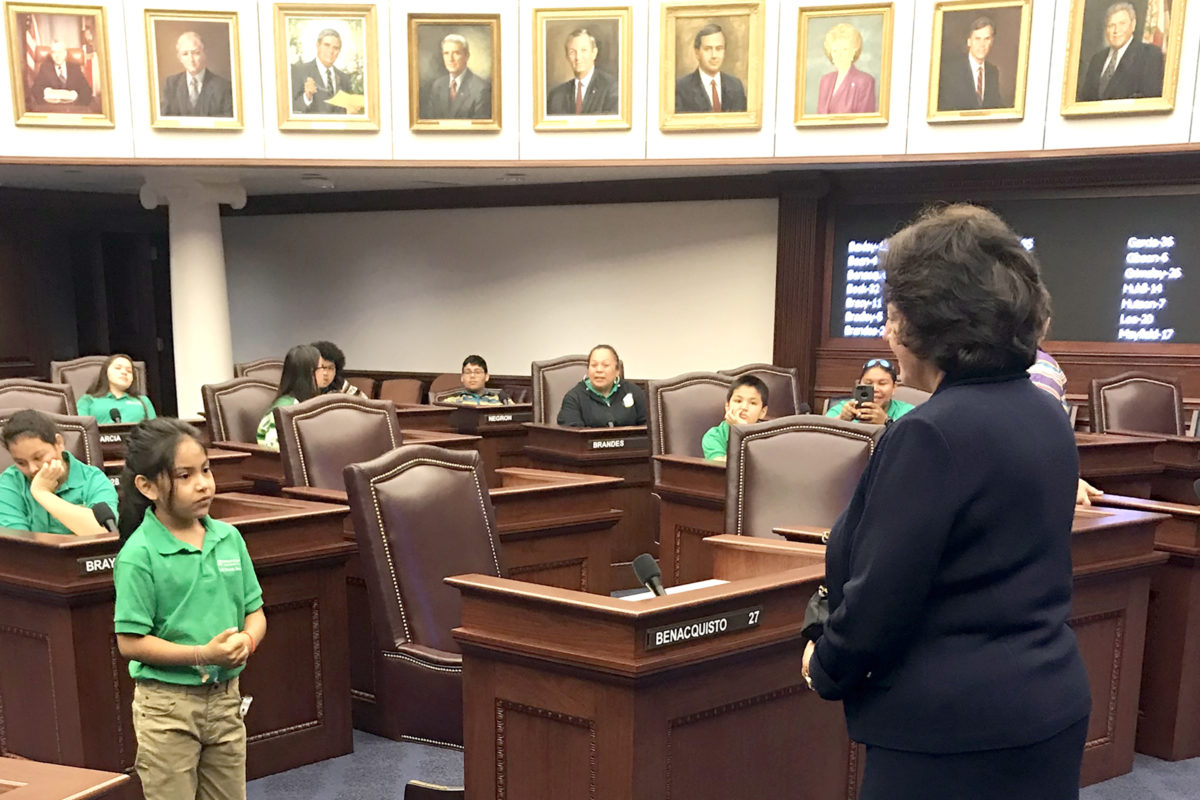 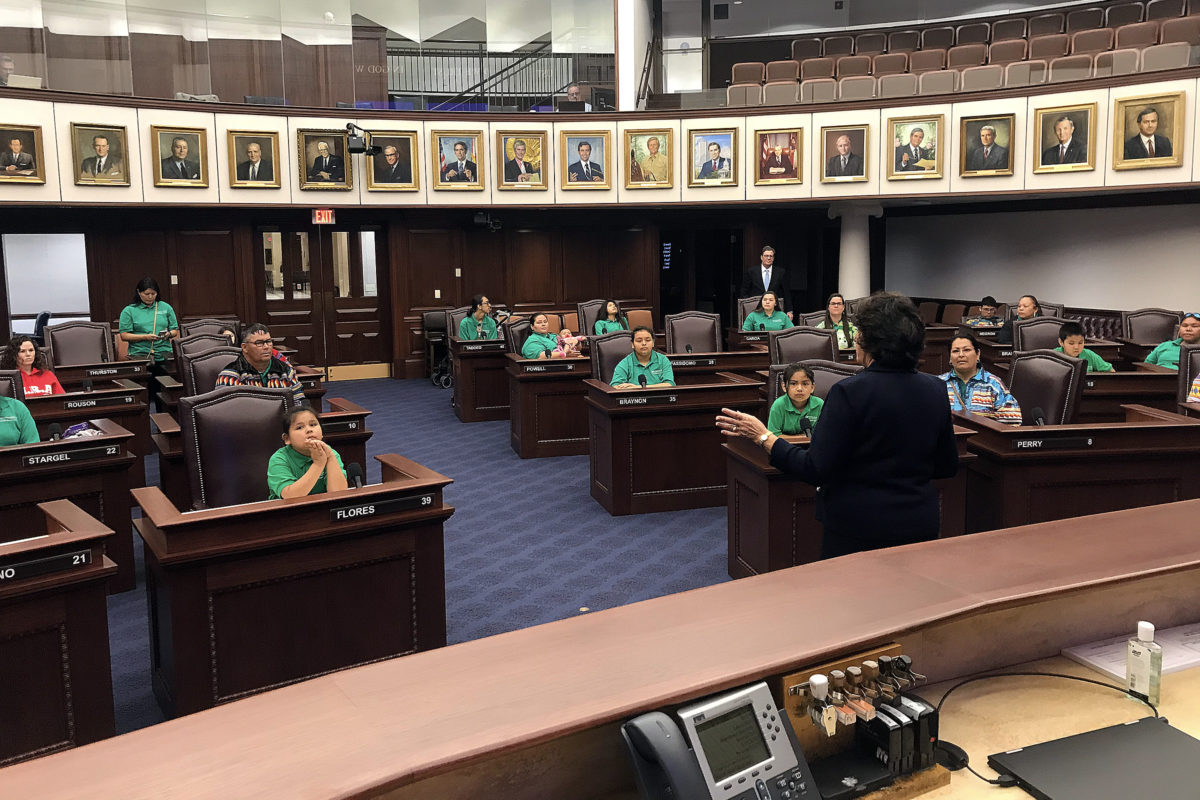 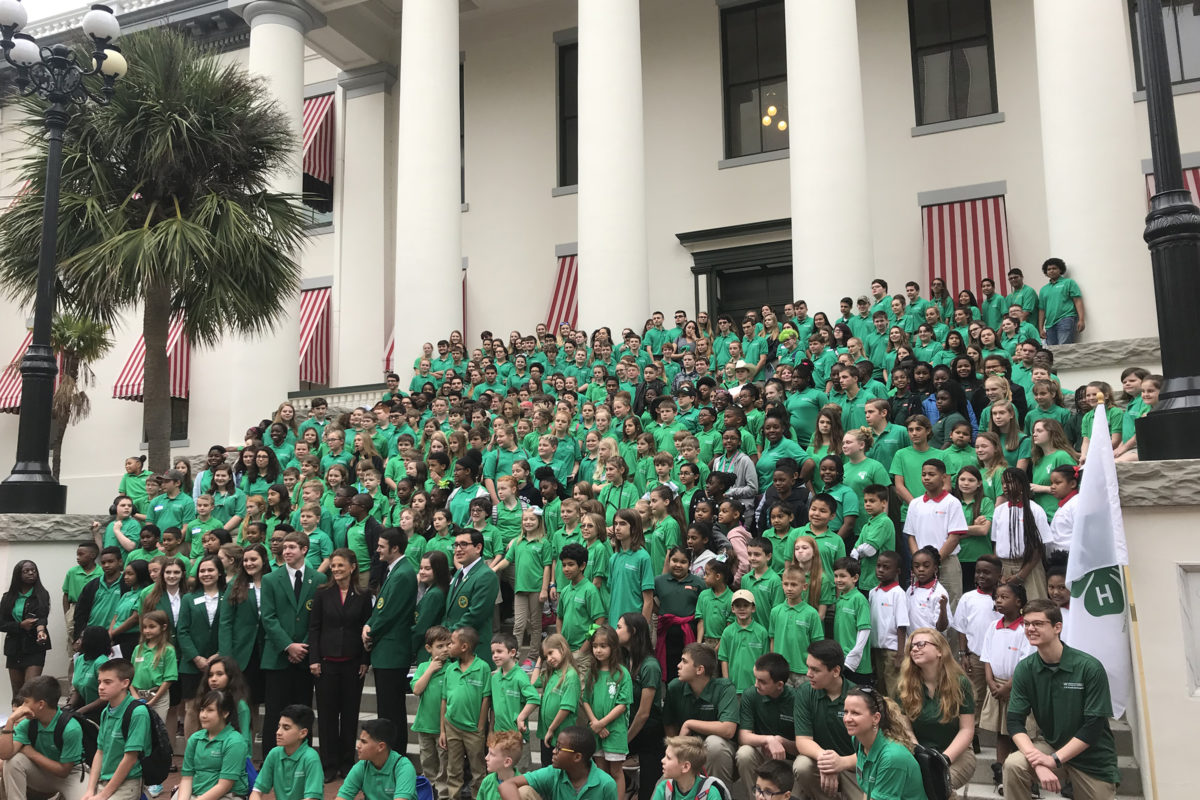 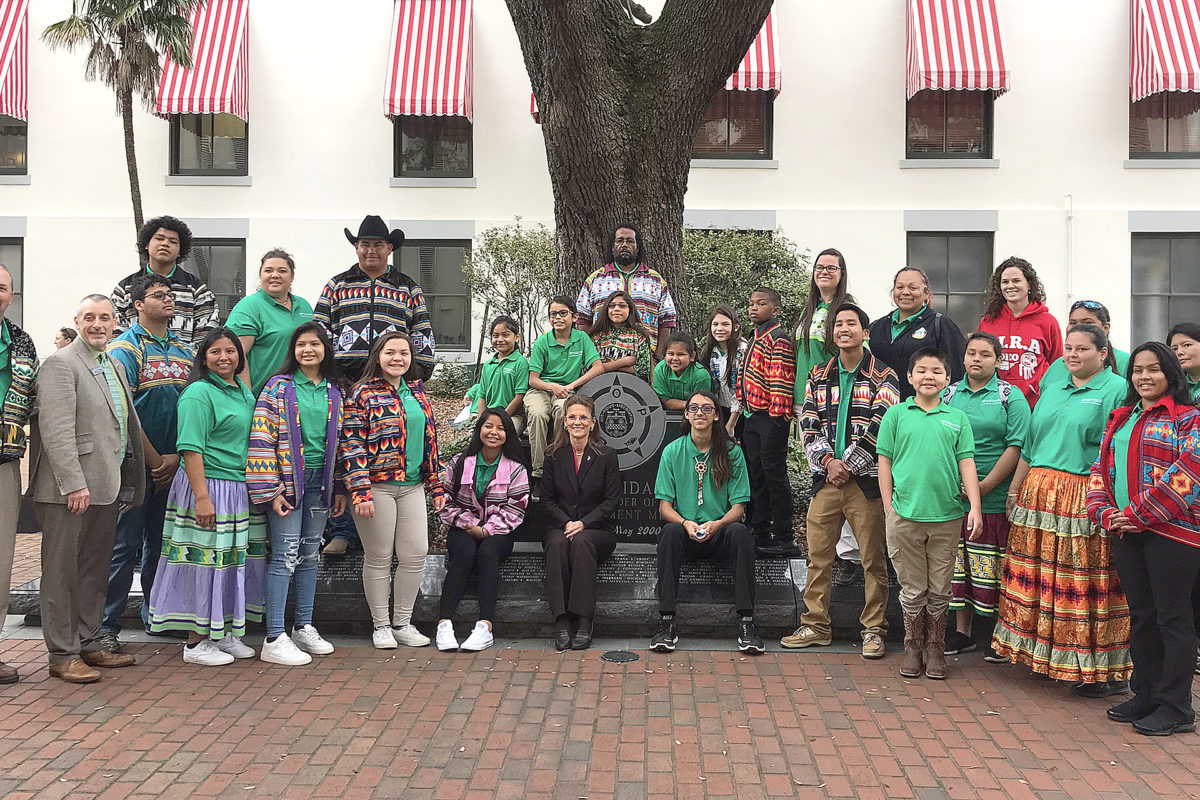 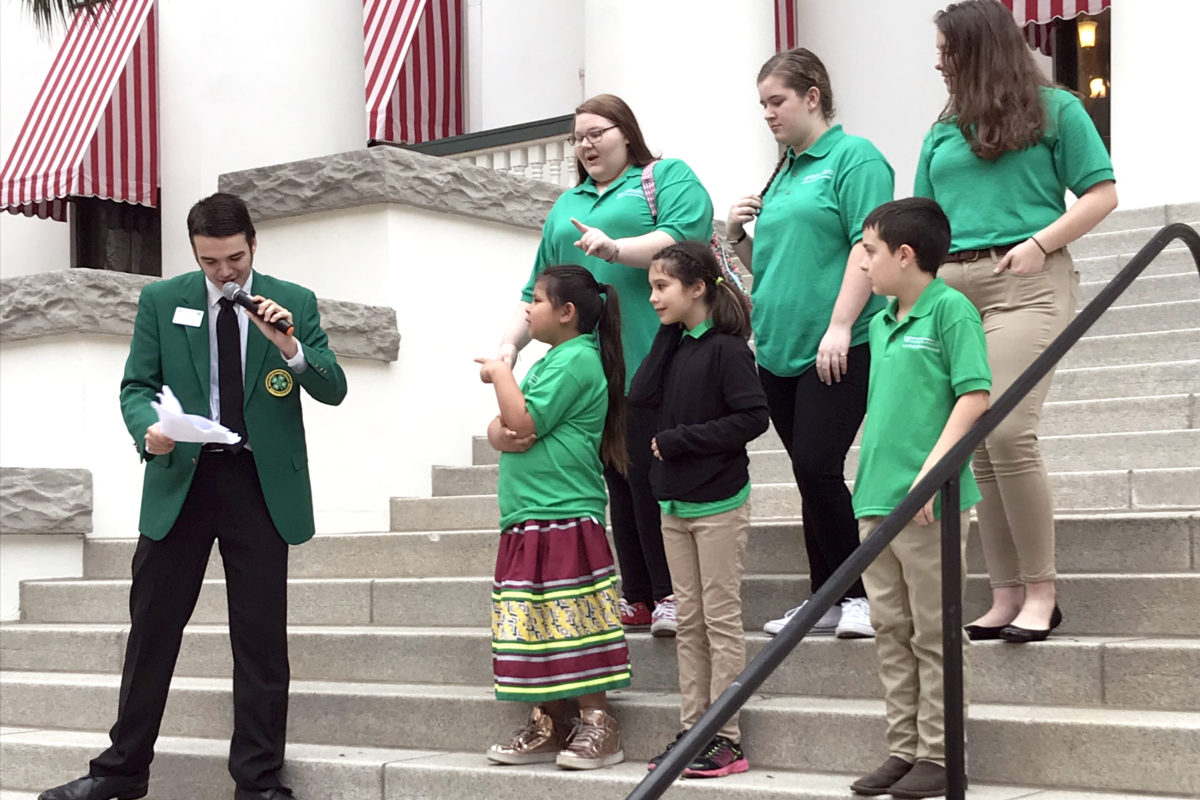 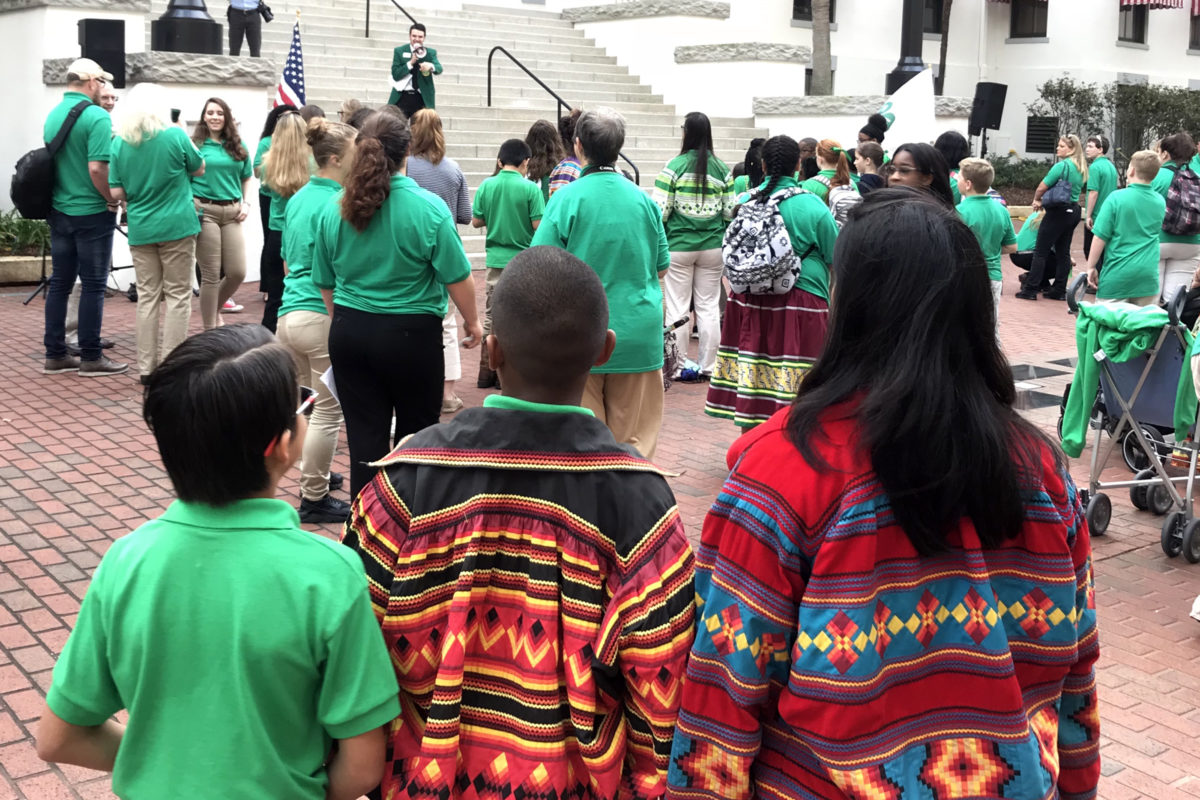 The day began with the students being led through a series of icebreakers and warm-ups by the 4-H program’s older student ambassadors, followed by an assembly and opening address by Senator Denise Grimsley.

“I am not only a senator, but I am also a citrus grower and a cattle rancher and 4-H has played a very large role in getting me to where I am today,” Grimsley said. “All of the 4-H instruction you receive is preparing you for opportunities that are just around the corner. Everyone gets his or her start somewhere. My somewhere just happened to be 4-H.”

Shortly after the assembly, students were taken into the Capitol Building for a tour of its facilities leading into the Senate Chamber where they met with Senator Kathleen Passidomo. Through meeting Senator Passidomo, students learned more about 4-H’s funding, why it is so vital to the future, and some interesting facts about the Senate Chambers and its architecture. Senator Passidomo ended her meeting with a question-and-answer session and group photo.

Following Passidomo’s meeting, Sen. Grimsley met with the students for an individualized, more personal meeting from her opening address. The senator shed light on the inner workings of state government, specifically as it relates to the 4-H program and its funding.

“Remind members of the house and the senate what 4-H does for you and how it impacts your life,” Grimsley said. “I grew up in 4-H, so I always tell the other members that it’s an extraordinary program that teaches you leadership skills as you grow up and enter the workforce.”

The senator rounded off her session with some time devoted to answering the 4-H students’ questions about state government and her experience in politics.

After meeting with the senators, the Seminole Tribe 4-H program took to the Knott Building to get a live look at a bill being presented on the floor in front of the Florida House of Representatives. The bill was sponsored by Representative Byron Donalds of District 80, which includes Fort Denaud, Harlem, Immokalee, Island Walk, Montura, Orangetree, Pioneer, Port LaBelle and Vineyards. Donalds briefly met with the 4-H students following his bill being passed, fielding questions about the district he represents and what his work in the House entails.

Meeting with Donalds brought the legislative leg of the 4-H Day at the Capitol to a close, but the day was not over yet. 4-H’ers were taken around the Capitol for another detailed tour that ended at the building’s observation deck on the 22nd floor, overlooking the entire city of Tallahassee and featuring a wide-lens view of the Florida State University campus. Students gathered together and took pictures to capture their last moments at the Capitol Building before heading out to lunch.

With the 4-H Day at the Capitol coming to an end, it was clear that all members of the Seminole Tribe’s 4-H party enjoyed exploring the nuances of state government through a personal and unique experience.

Kaleb Thomas, a 10th grade student at Moore Haven High School serving as the Student Government secretary, reflected on his experience in Tallahassee.

“My favorite aspect of today was getting to meet the politicians and having everyone learn about leadership and responsibility,” Thomas said. “I already have my career path planned out, and I’m going to take what I learned today to be a better leader and give it all back to the people.”