The final result on senior night was similar to many other games that the Seminole duo of Ahnie Jumper and Kiauna Martin have played during their outstanding softball careers at American Heritage School in Plantation.

After Jumper, Martin and the team’s seven other seniors from the Class of 2017 were honored in a pregame ceremony, the Patriots, one of Florida’s most successful programs, routed Calvary Christian 15-0 on April 4. It was the eighth shutout of the season for the defending Class 6A state champions and the seventh time the offense has registered double digits.

Jumper went 1-for-3 with one RBI. The following day she had two RBIs as Heritage suffered a rare loss – a 4-3 setback to Miami-Palmetto in a battle of state top 10 ranked teams.

Led by Jumper’s two hits, two runs scored and one RBI, American Heritage ended its regular season with a 5-4 win against Wellington on April 20 at home.

Jumper, the team’s starting catcher, and Martin, an outfielder, finished the regular season with batting averages above .400. Jumper was fifth on the squad in RBIs with 15.

The Patriots (18-3) entered the postseason in late April ranked No. 7 overall in the state and No. 1 in 6A. In March, they handed the state’s top ranked team – Coral Springs Charter – its only loss of the regular season. 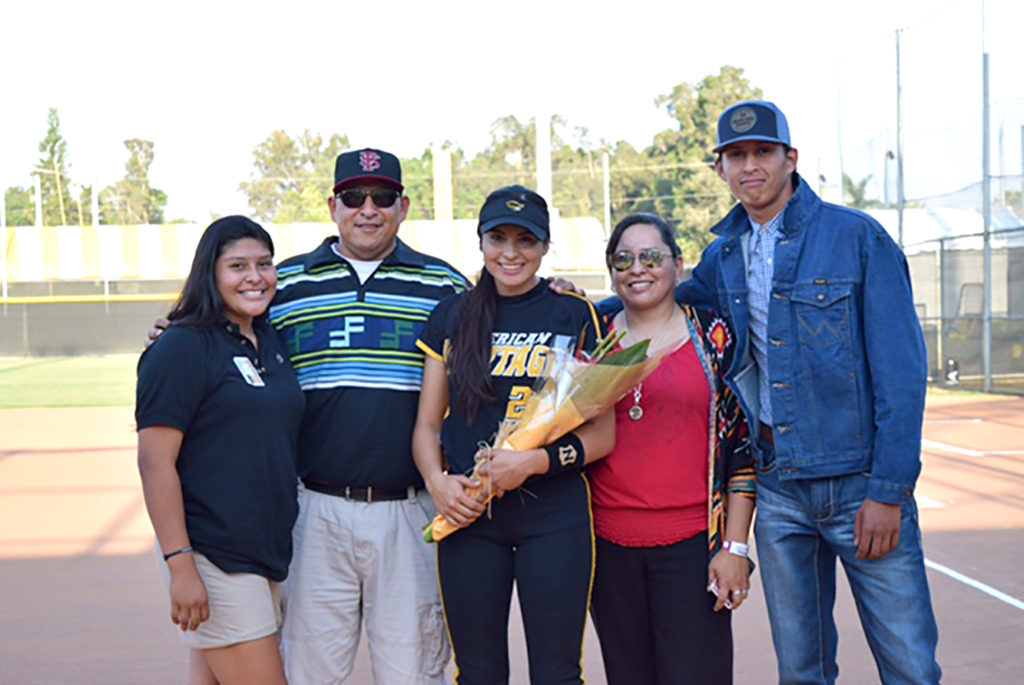