Bradley Cooley, an acclaimed sculptor and longtime friend of the Seminole Tribe, passed away Jan. 24 in Tallahassee while undergoing open heart surgery. He was 78.

Cooley created 40 life-sized bronze sculptures for the Tribe, many of which can be seen at headquarters in Hollywood, the Brighton Veterans Building, Ah-Tah-Thi-Ki Museum, Billie Swamp Safari and at the Seminole Hard Rock Hotel & Casino in Hollywood. His sculpture of Seminole veteran Herman L. Osceola is prominently displayed outside the Big Cypress gym that bears the name of the late U.S. Marine.

In addition, from 2005 to 2015 he sculpted each reigning Miss Florida Seminole working from life and from photographs. Every year, Princess Committee chairwoman Wanda Bowers took the princesses for a sitting at Cooley’s studio 30 miles outside of Tallahassee.

“He always said the best thing to do was to sit with them in person,” Bowers said. “He made sketches of their hands and faces. Details were very important to him.”

Cooley took direction from the Princesses and made any changes they suggested. While Cooley and his son Bradley Owen Cooley were sculpting and sketching, Bowers and Cooley’s wife Linda often shared a pot of coffee and spent the afternoon talking.

“They became part of our family,” Linda Cooley said. “We are fortunate to have a lot of good friends in the Tribe. We travel down to South Florida at least three or four times a year. His relationship with the Tribe was very important to him.”

Bowers looked forward to the annual visits at the Cooley home, where they also raised longhorn steer and grew vegetables and flowers.

“They were a country couple and liked living off the land,” Bowers said. “Bradley was really a people person and loved to tell stories. He was humble; as big as his artwork was, we could just sit and visit all day.”

“James taught my father how to gut a gar and we started going to pow wows,” he said. “Dad loved Native American culture and built strong relationships. As the Tribe was able, they gave us the opportunity to do sculptures.”

The seven sculptures of soldiers outside of the Veterans Building represent every branch of the military and legendary Seminole warrior Osceola.

“He was so detailed that he bought the uniform of every branch of the service to get it right,” said Stephen Bowers, president of Florida Seminole Veterans Foundation, who attended the funeral in Tallahassee. “He was a mellow guy and he listened to you to see what you wanted.”

In addition to the work Cooley did for the Tribe, many of his pieces are prominently displayed throughout Tallahassee and on the Florida State University campus.

“He and his son were very proud of their relationship with the Tribe and with Tribal members,” Stephen Bowers said. “You can’t go down a street in Tallahassee without seeing his work.”

Bradley Owen Cooley learned sculpting from his father and worked with him on many pieces over the years.

“We worked together for years and people say they can’t tell our work apart,” he said. “We use real people and catch the character of them. That’s what makes our pieces stand out.”

Cooley’s son plans to continue the work and preserve Native American history and culture in bronze. 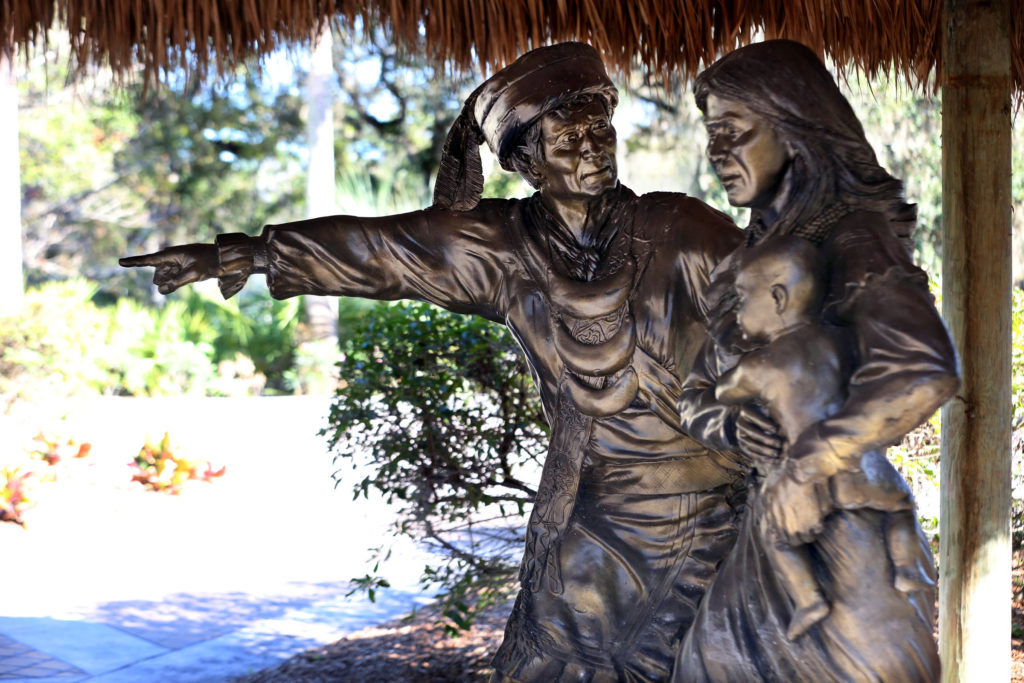