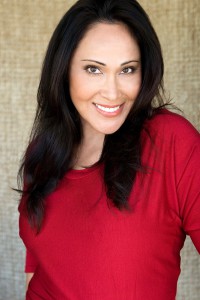 Native Relief Foundation Inc. (NRF) is a nonprofit organization with a mission to assist Native communities who have little to no resources. NRF steps in to provide food, shelter and clothing, not to mention desperately needed social services. I, like several other Seminole Tribal citizens, was so moved by a recent television broadcast that we refused to stand by and do nothing. The realization that fellow Tribal communities and/or individual members face significant adversity just to survive, prompted us to take action.

The television broadcast, a 20/20 documentary by Diane Sawyer, was filmed in South Dakota on the Pine Ridge Sioux Reservation. The story highlighted unbelievably dire conditions, which currently exist in this Tribal community. The film was replete with examples of Pine Ridge members suffering through atrocities such as an 80 percent unemployment rate; an alcoholism rate of 80 percent; a 50 percent rate of diabetes; and an 80 percent drop out rate of children before completing high school. The conditions are heartbreaking. It is unfathomable to comprehend that such “third-world” conditions exist here in the U.S.!

We created NRF in response to the program and with the understanding that these types of conditions are not limited to the Pine Ridge Sioux. Our first initiative is to offer aid and assistance to the Pine Ridge Sioux community in South Dakota. We contacted Alice Sweat of the Brighton Seminole Indian Reservation, as she and her staff have distributed much-needed supplies for the past six years to the Chadron community. However, Mrs. Sweat was not able to raise the funds needed to make the trip to South Dakota this year.

With the Pine Ridge story as inspiration, NRF initiated a drive to collect non-perishable goods, clothing, blankets, toys, etc. Our fundraising activities are made possible through volunteers, NRF staff, private donations from individuals and surrounding communities and raffles. Sweat and her crew traveled with the NRF team to distribute donated items.

Our endeavor to deliver the first load of donated supplies in a timely manner has been hastened by the fast-approaching winter season. On Dec. 7, NRF volunteers drove a rented moving truck full of necessities to South Dakota. We are privileged and excited to make this initial contribution, but we are most concerned with our future ability to provide consistently, not only to Pine Ridge, but to other similar Native communities as well. If you would like to volunteer or make a donation (via PayPal), contact us at nativerelieffoundation@gmail.com.