TALLAHASSEE — Traditional patchwork worn by Seminole royalty and Tribal citizens stood out in a sea of garnet and gold throughout Tallahassee during Florida State University’s homecoming celebration Oct 14-15.

“We love the relationship we have with the Seminole Tribe and we always have,” said FSU President John Thrasher.

Homecoming events included the annual parade through the streets of Tallahassee during which Doney and Billie sat in convertibles waving to the throngs of students, alumni and other FSU fans along the route. As Billie passed a fraternity, a young man threw her a football.

“I caught the ball and they all cheered,” she said. “This was my favorite parade so far. It’s an honor that they have us as their mascot. It’s a great relationship.”

Doney has looked forward to attending homecoming weekend as a Princess since she first started competing for Jr. Miss Florida Seminole when she was 14. Currently a student at Tallahassee Community College with plans to transfer to FSU, Doney has plenty of friends in the area. She said the parade was extra special for her since a lot of those friends cheered for her.

“This is a really big deal; it’s very exciting,” she said. “Seeing my friends and family at the parade gave me a burst of energy.”

That energy was compounded as the crowd roared when they heard the Noles’ war chant and caught sight of Osceola riding Renegade. Even water and cotton candy vendors got into the spirit and did the tomahawk chop in time with the music.

Other events of the weekend included the Pow Wow pep rally at the Civic Center starring comedienne Whitney Cummings, the Alumni Association’s homecoming awards breakfast and the tailgate party at the President’s house followed by the big game against Wake Forest.

At every event, attendees made it a point to greet and pose for photos with the Princesses.

“We felt so welcomed,” Doney said. “They were so kind and generous and talked to me as if I were family.”

Many of the alumni know her big brother Kyle Doney, who serves on the board of the Alumni Association, but he attended the weekend as a proud sibling.

“It’s a great testament to never giving up on her dreams,” he said. “To see Kirsten finally win is a dream come true. It made me happy to see her here.”

During the tailgate party, hosts of a local television show “Live in Tallahassee” interviewed Doney and Billie on camera. The host Marsha Doll called them the biggest celebrities at the event since “everyone is waiting in line to meet you and take a picture with you.”

After the Marching Chiefs performed, President Thrasher introduced the Princesses and remarked on the Seminole Tribe’s relationship with the school, which dates back to 1947. He then shared some recent FSU accomplishments with the crowd.

“FSU is doing extraordinarily well and has moved up from 43 to 38 in the U.S. News best colleges rankings,” Thrasher said. “We gained the most slots of the top 50 public universities in America. I told Jimbo [Fisher] he has to be careful or we will be ranked higher than the football team.”

Homecoming theme was “A Living Legacy” and it endured at the 50-yard line before the start of the game. As 77,102 fans in Doak Campbell Stadium cheered, Osceola galloped across the field on Renegade and planted a flaming spear in the turf, just as it has been done since 1977.

Tribal citizen and FSU wide receiver Justin Motlow didn’t see action on the field, but he gave support to his teammates on the sidelines.

“He has a big impact on the team,” Thrasher said. “They all recognize the great tradition of the relationship between FSU and the Seminole Tribe. Justin certainly embodies that.”

FSU led Wake Forest 10-3 at halftime. Surrounded by the marching band and homecoming court, the Princesses took the field to crown the homecoming Chief and Princess. Billie was so excited she appeared to jump for joy as she prepared to crown the FSU Princess.

“It’s so exciting to be here with her,” said Alice Billie, Thomlynn’s sister and Miss Florida Seminole 1997. “I can’t believe it’s been so long ago since I did it.”

Doney had a few pre-crowning nerves, but placed the turban on the homecoming Chief’s head skillfully.

“I know I’ve made my family proud,” she said. “I’m so proud to be part of the Seminole Tribe.” 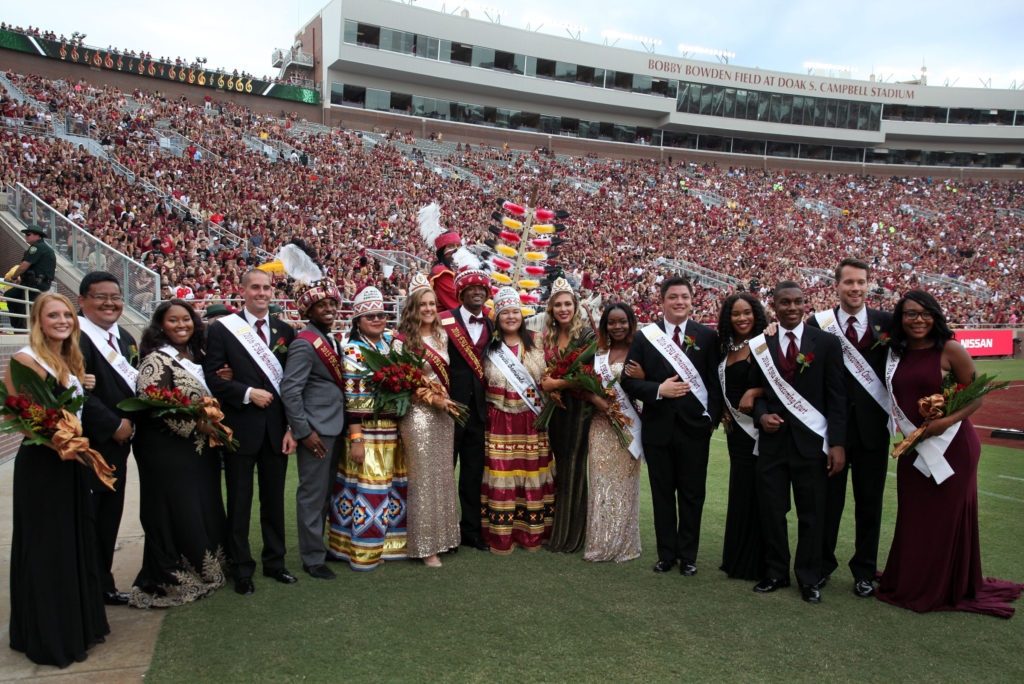 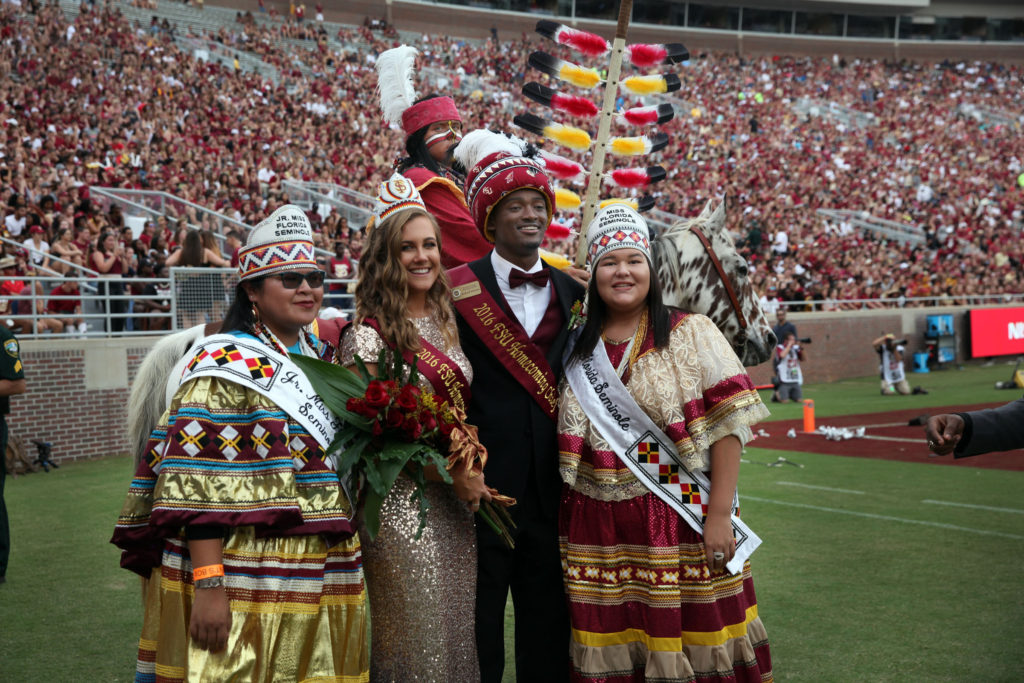 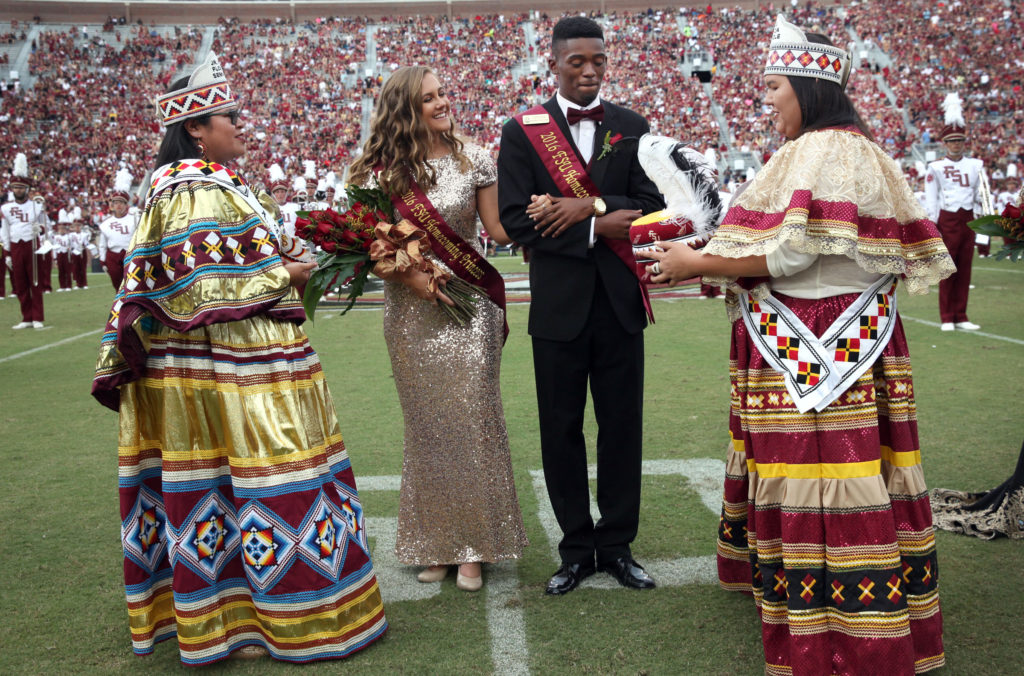 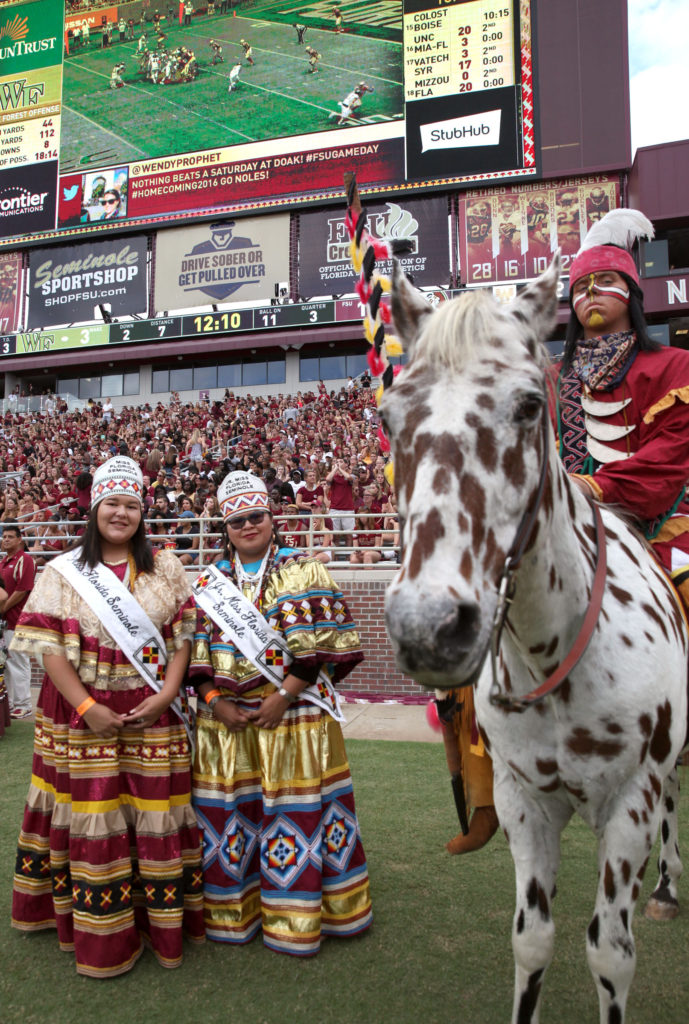 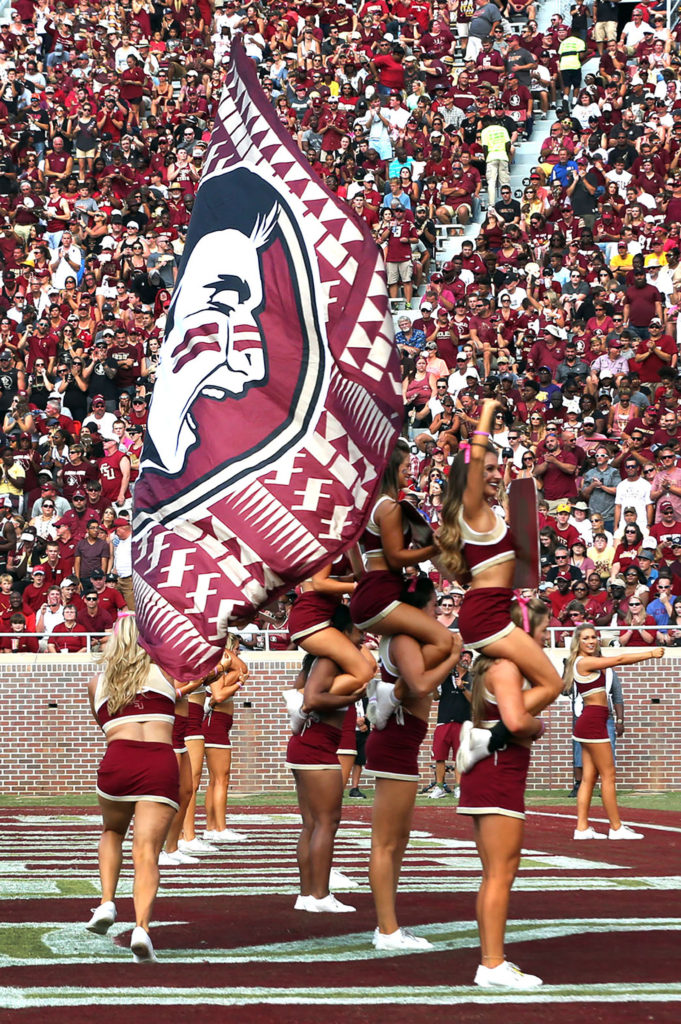 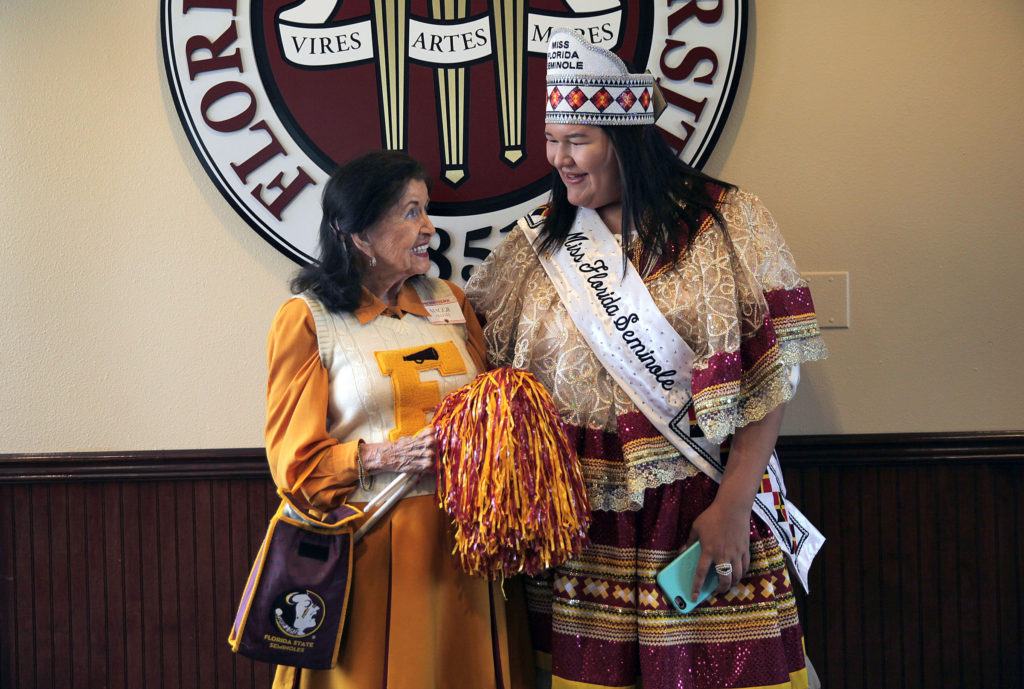 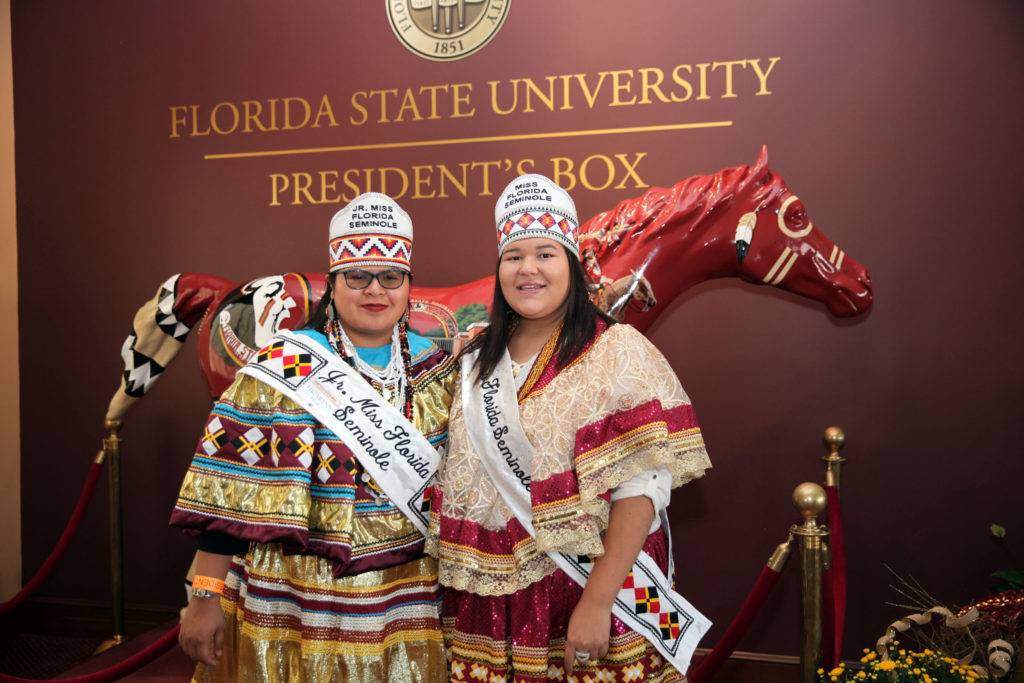 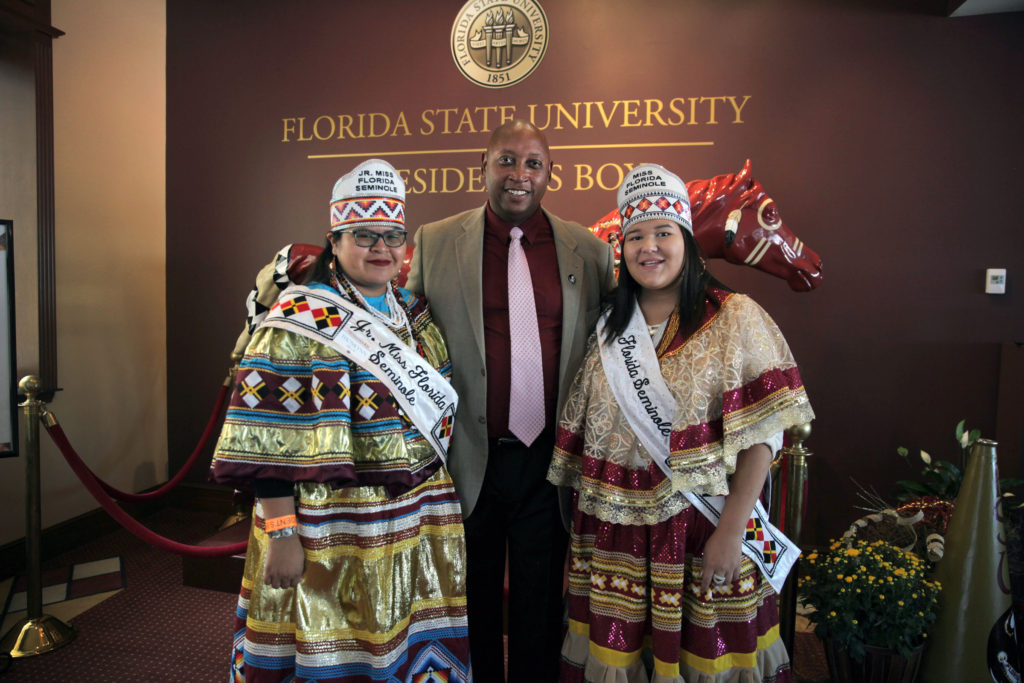 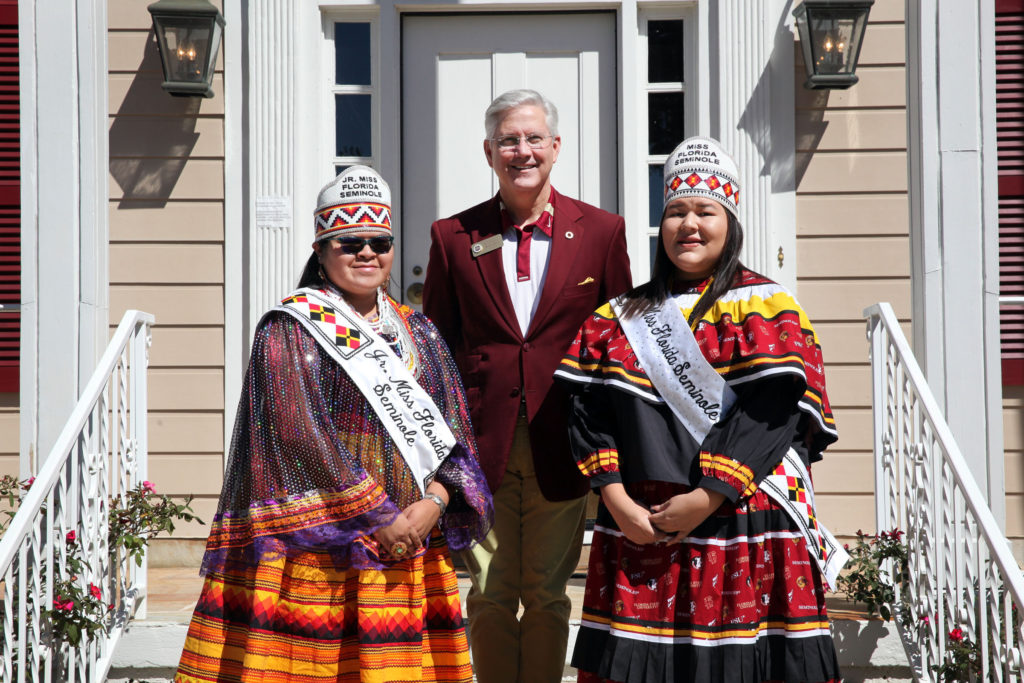 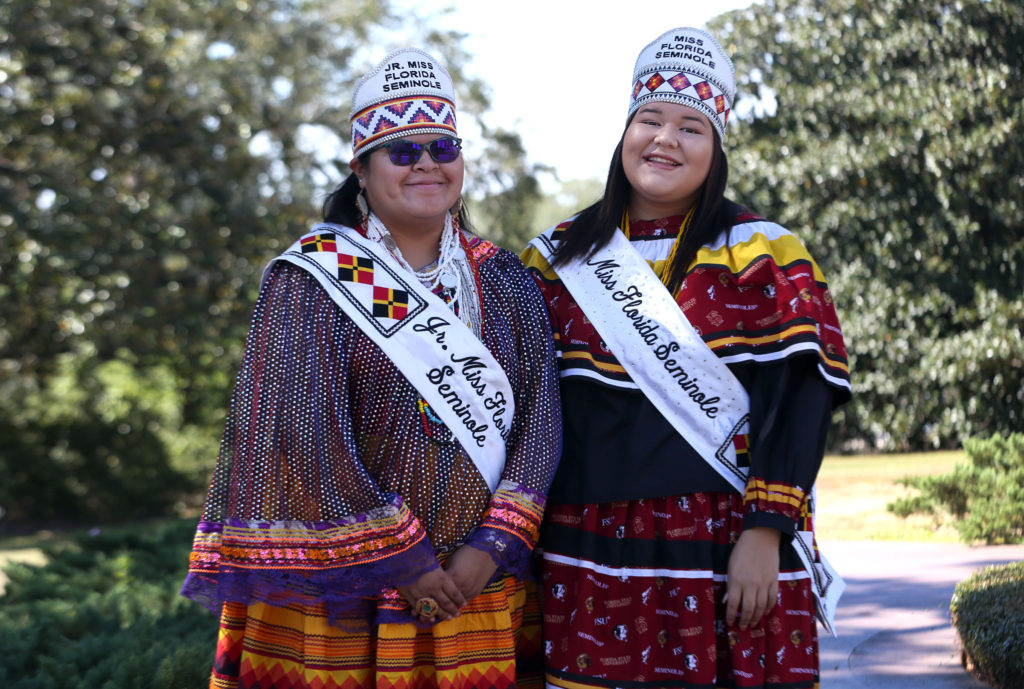 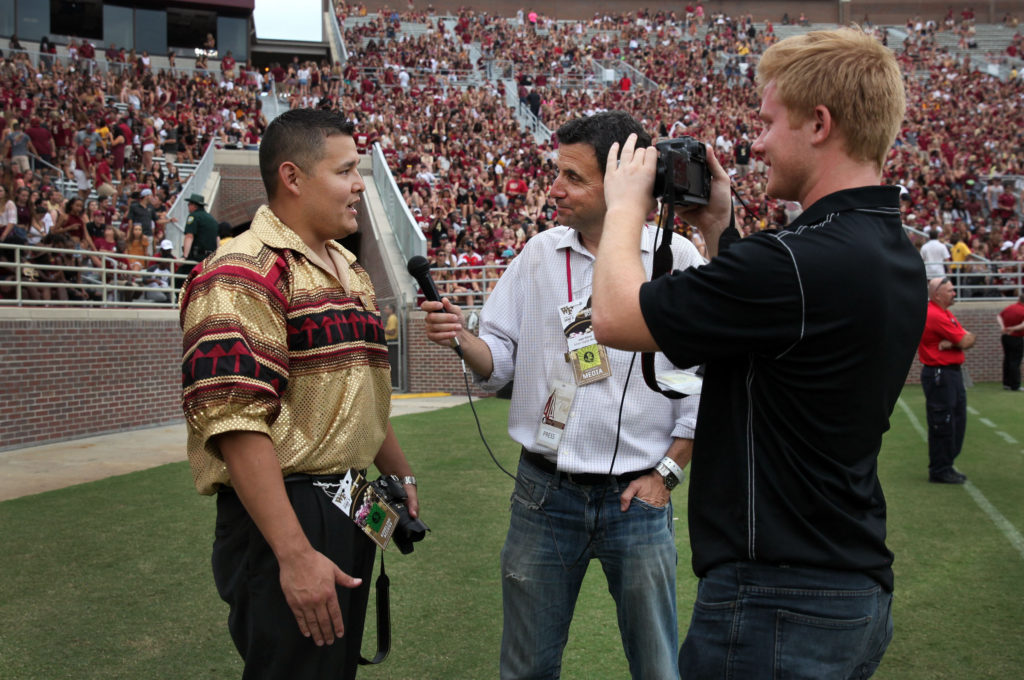 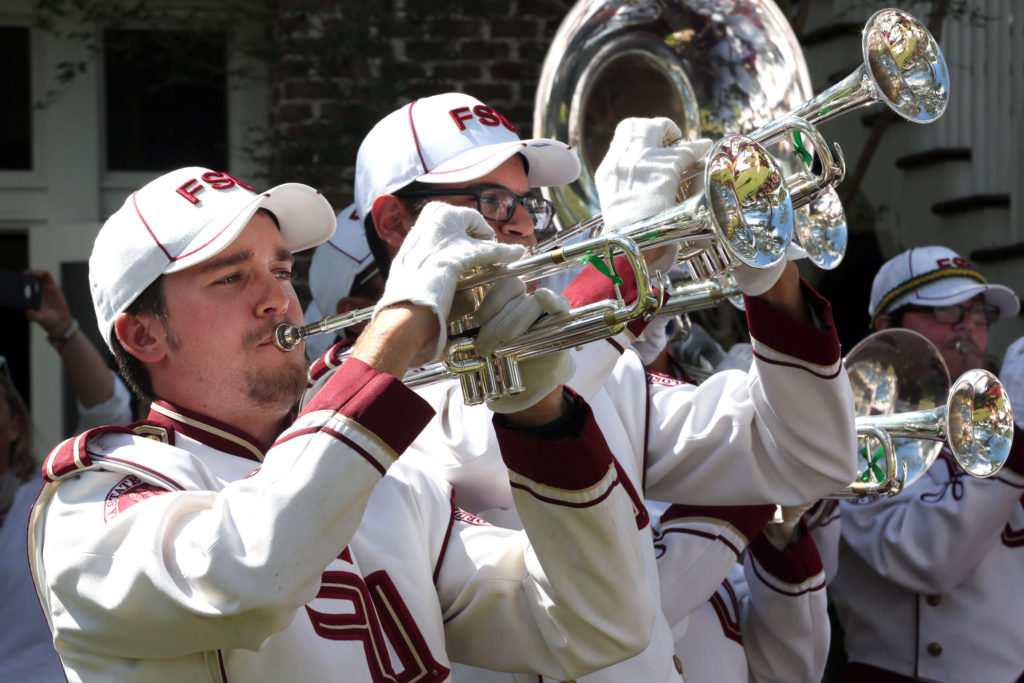 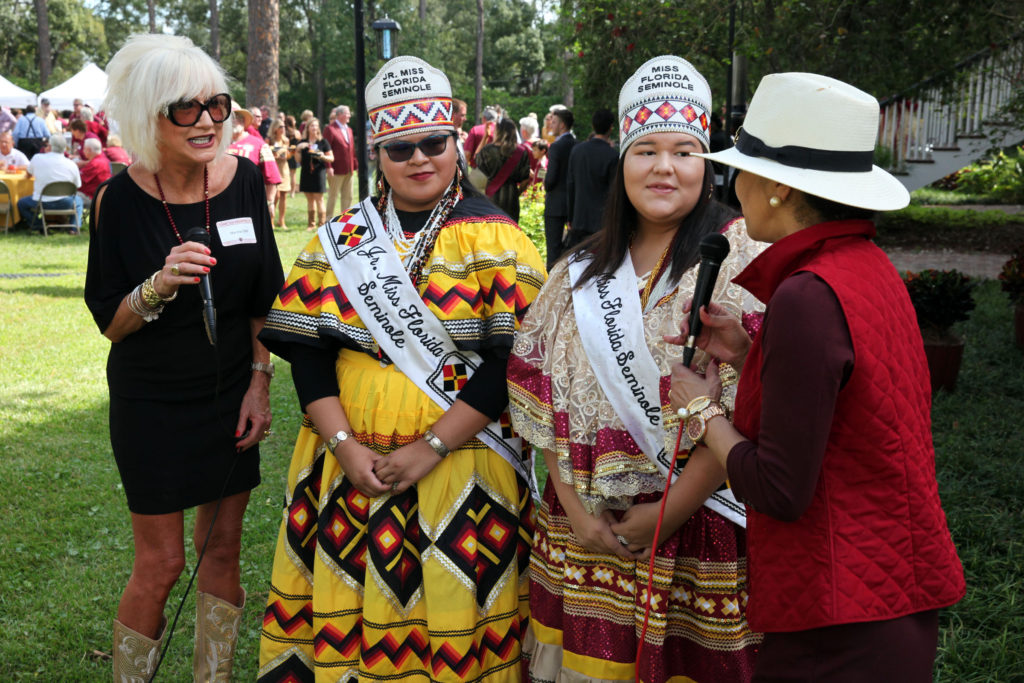 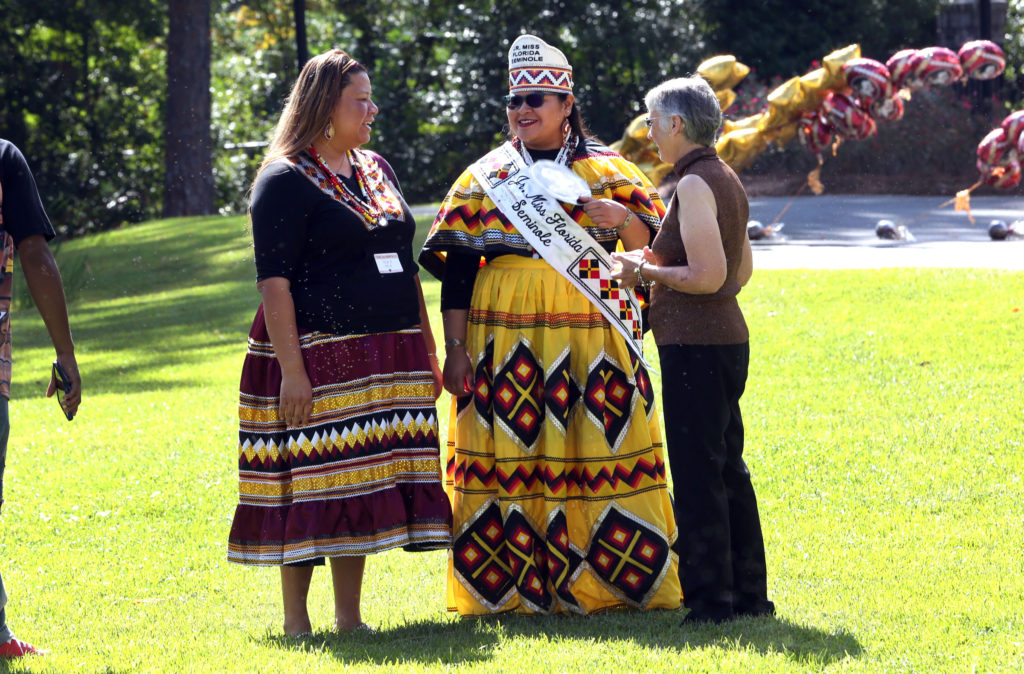 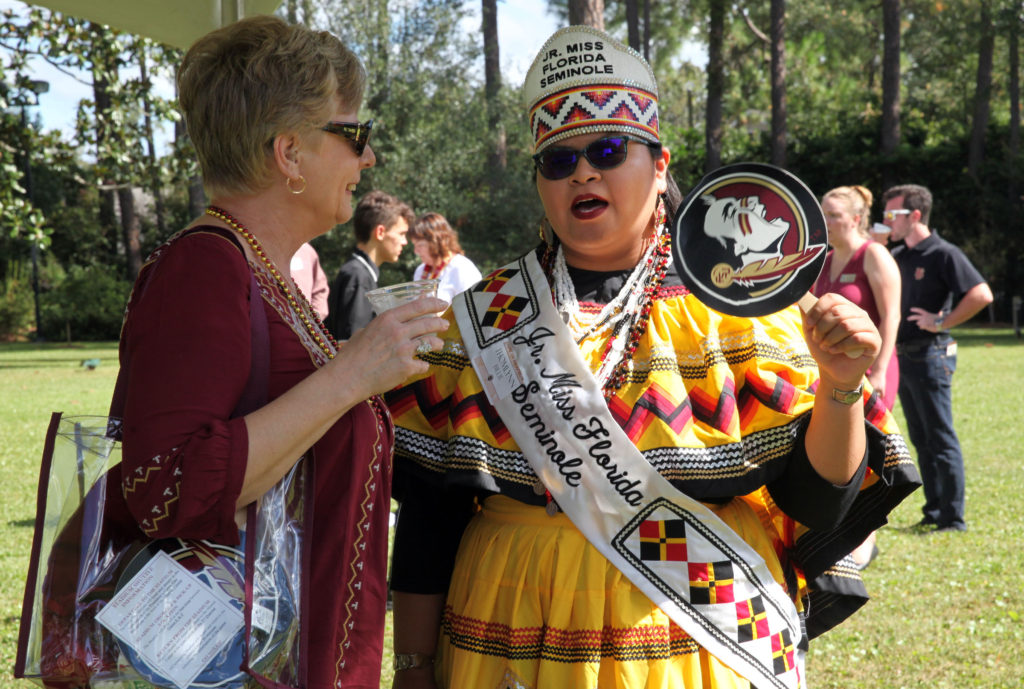 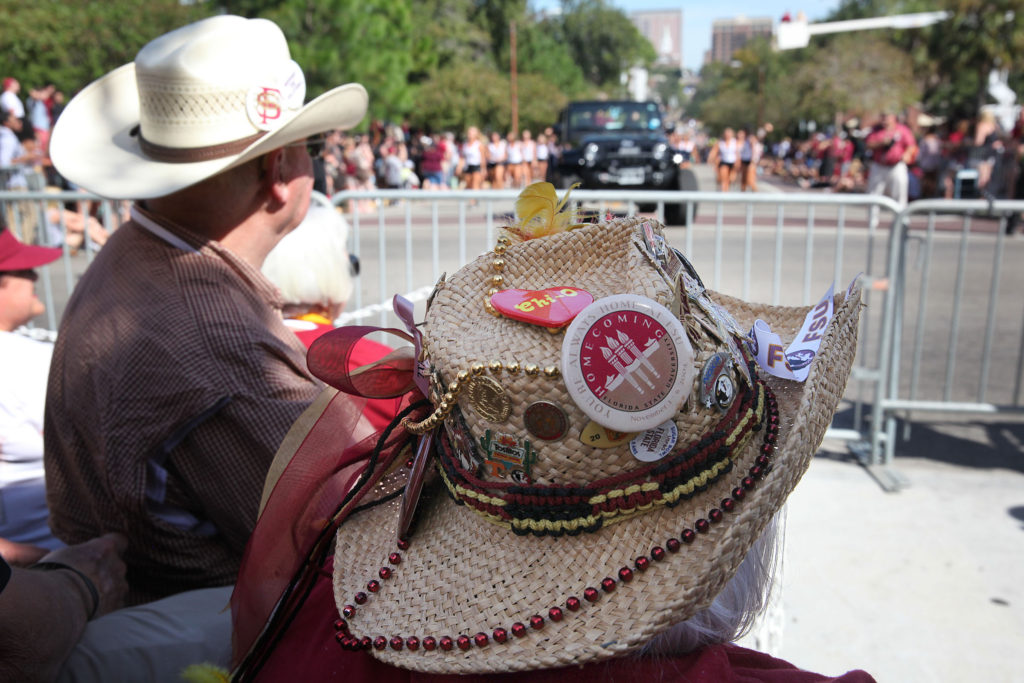 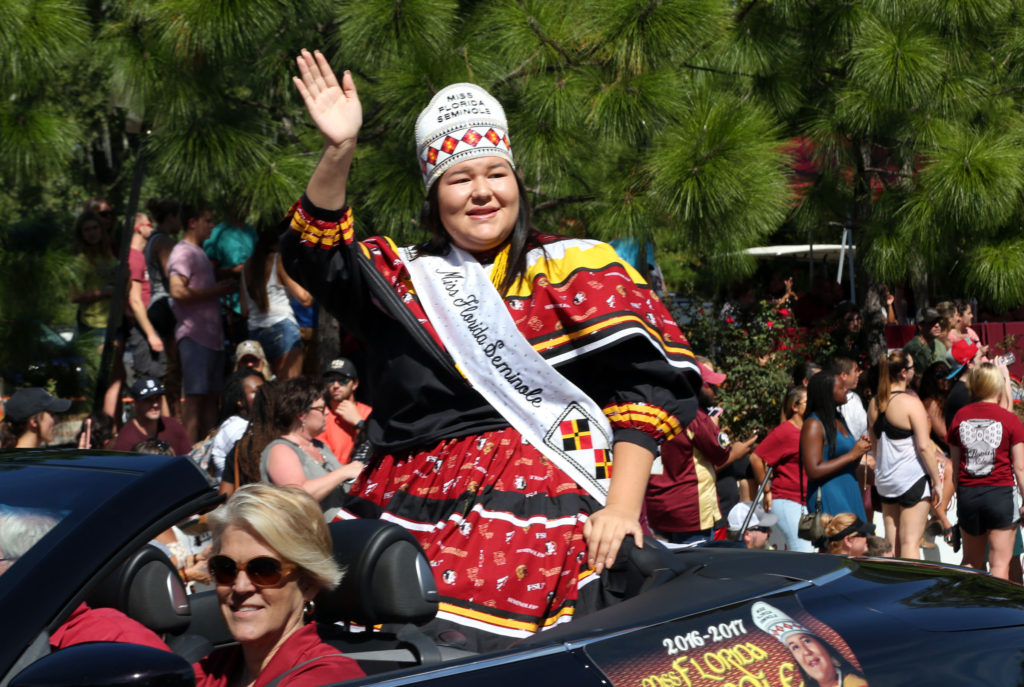 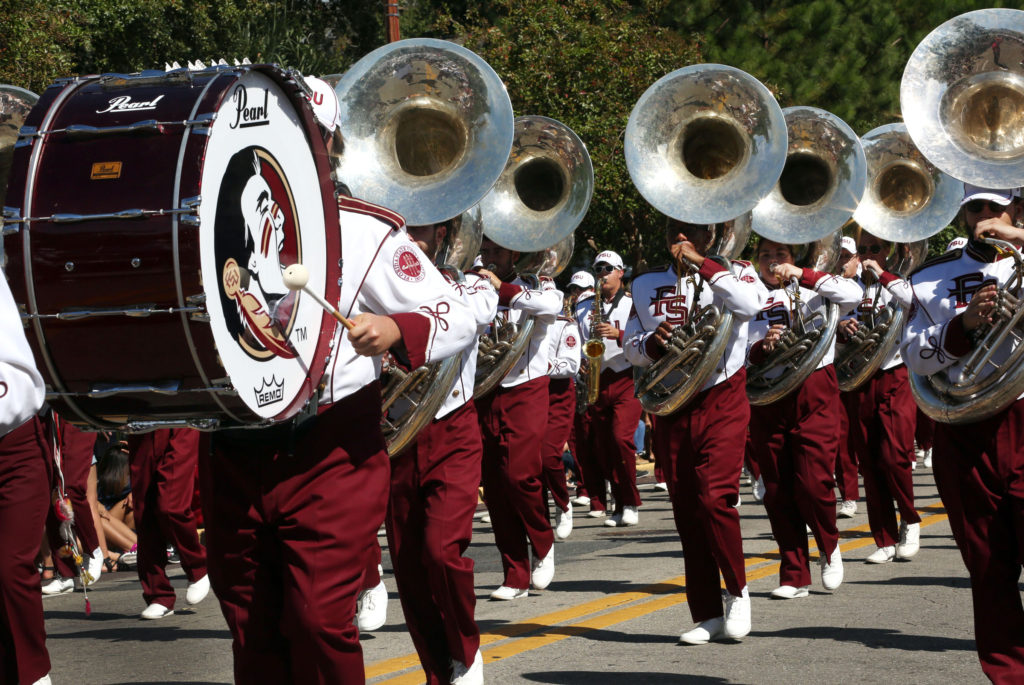 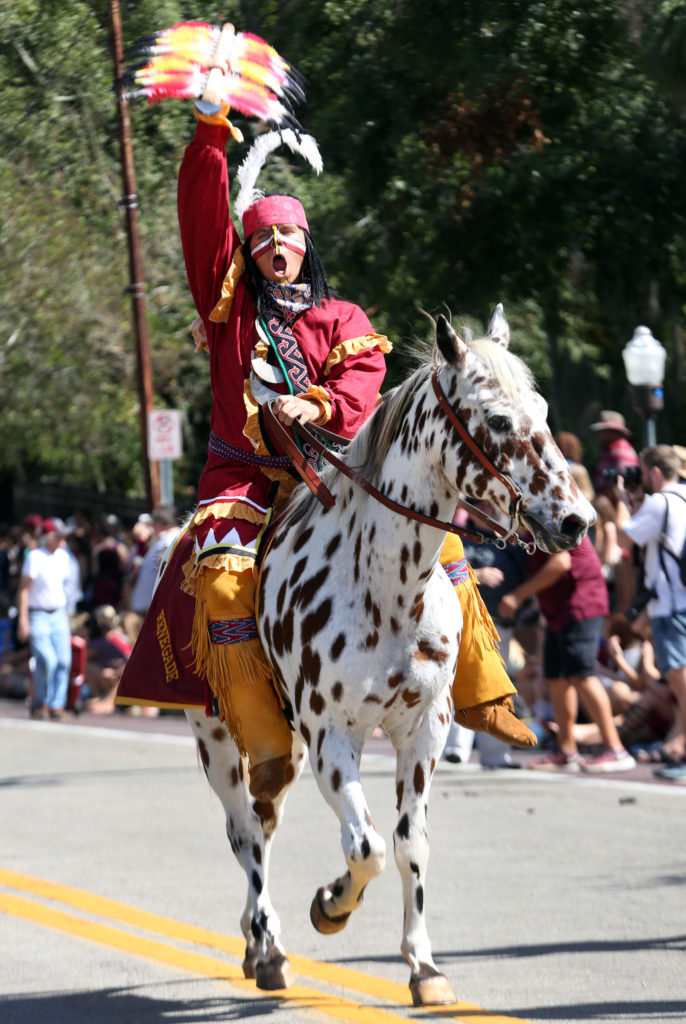 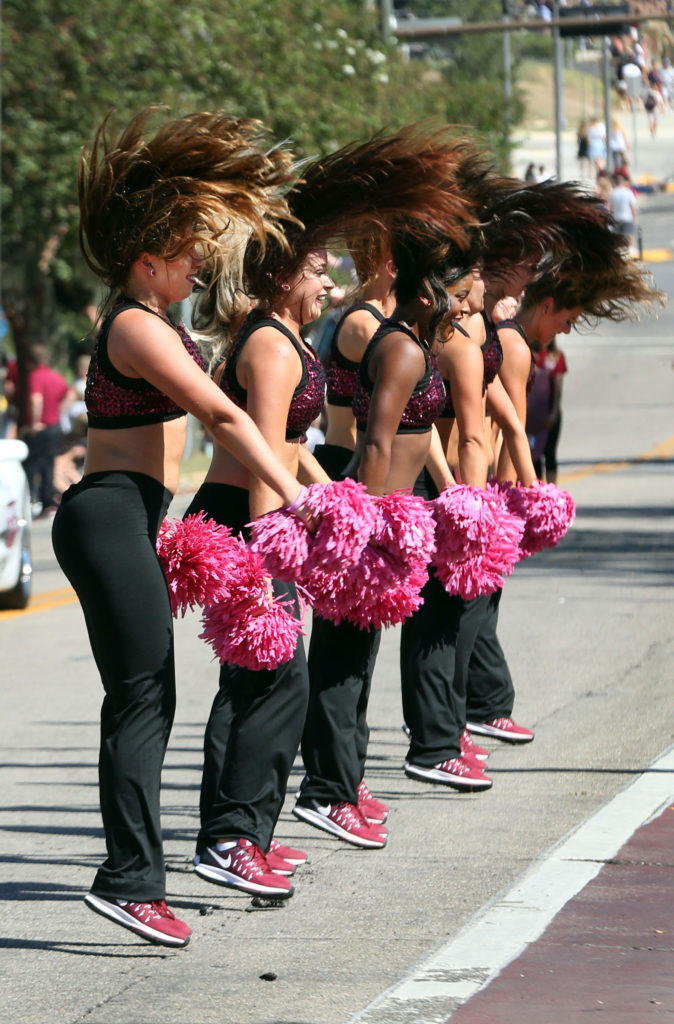 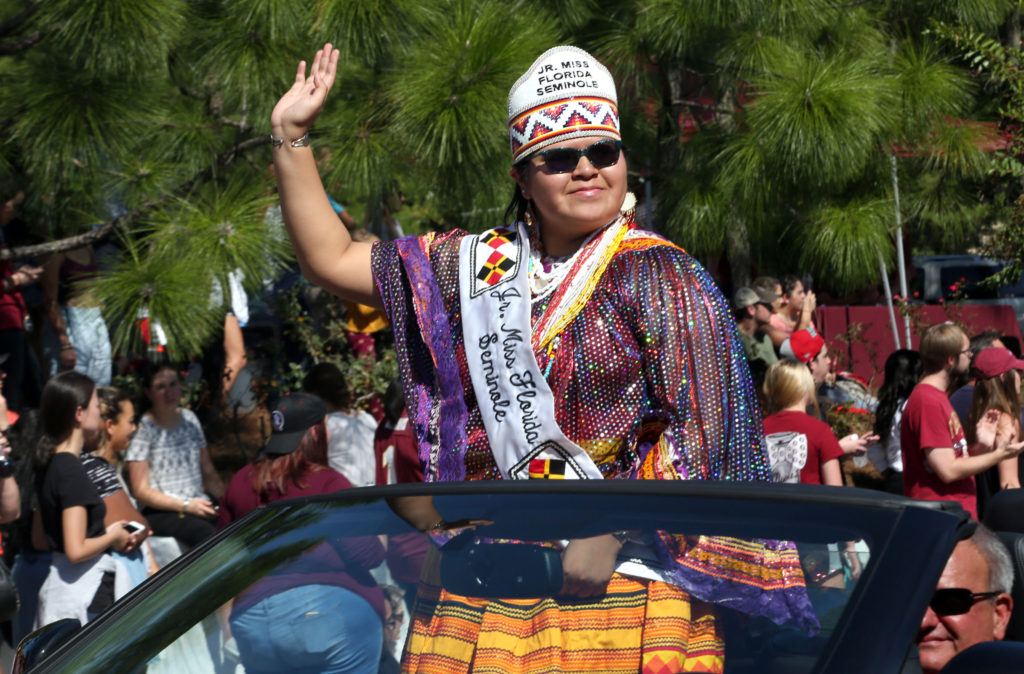