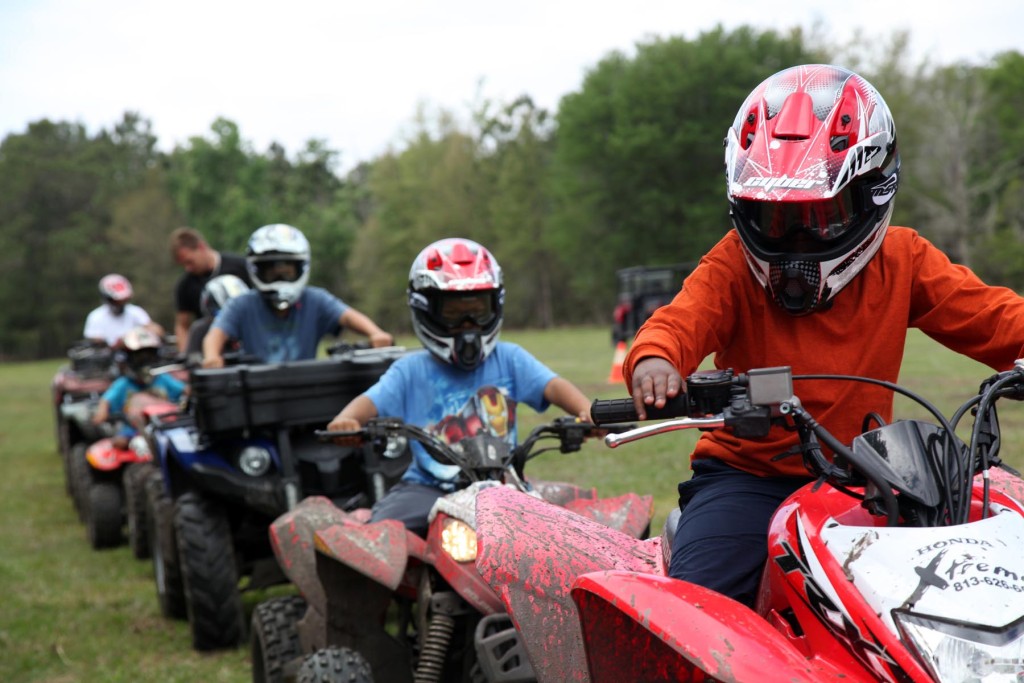 The campers were provided tents and other camping gear for a weekend that included four-wheel drives on the new ATV trail (through the Polk County woodlands and prairies that encompass the entire 900-acre proposed reservation), swamp buggy tours, kickball, skillet toss, football, and outside movies and cartoons on a Disney inflatable big screen.

The weekend’s highlight was recreating a traditional late-night Green Corn Dance scene. It was a teaching lesson that included a sermon by Tribal Medicine Man Bobby Henry (spoken in his native Mikasuki language and interpreted by Tribal Culture director Herbert Jim), and several traditional dances around a camp fire that Jim ignited with a flint and a handful of moss. Tampa Council Liaison Richard Henry led several dances, which included call-and-response chants with wide-eyed children. Eecho Billie, holding a sprig of red bay, stepped forward to lead as well.

When it was over, long marshmallow sticks were passed out, and the group braved the heat for a special treat.

Seminole children arrived on buses from Big Cypress, Brighton, Fort Pierce, Hollywood and Immokalee. They joined the host Tampa Seminoles on property that someday will be their home.