HOLLYWOOD — How can such young guys be so incredibly talented? The question lingered in spectators’ minds like a broken record, but the fresh mystical musical presence was nowhere near broken.

The Osceola Brothers entertained an audience-filled theater with their rock ‘n’roll skills during the trio’s debut EP release party July 15. The seven-track album titled “Out of Nowhere” was a big hit for fans at Hollywood’s Paradise Live Theater at Seminole Hard Rock Hotel & Casino Hollywood.

“It’s really exciting to see something so small blow up to what it is today,” said lead vocalist/guitarist Cameron Osceola. “To actually be successful and for our music to be available across the world is amazing.”

The group, which consists of the three brothers all under the age of 20, has performed as opening acts for popular artists such as Kenny Wayne Shepard, Lenny Kravitz, Kings of Leon, Creedence Clearwater Revisited, Johnny Lang, and Lynyrd Skynyrd.

Additionally, the trio held a coveted spot on the 2014 and 2016 Experience Hendrix Tour and 2015 Hard Rock Rising Festival in Barcelona, Spain.

The band worked hard on the new album as they entered the studio in 2015 with award-winning musical artist Derek Miller, who also co-produced and engineered the EP.

Fans gathered around the stage to rock out to the melody that synchronized harmoniously through speakers. Cameron fiddled through his electric guitar like a young version of Jimi Hendrix. Sheldon, the band’s youngest member and drummer, beat his drums with the exact sounds ears craved while Tyson, the middle brother and bassist, created art as he panned the stage and built the framework for the set with his electric bass guitar.

“I’m a whole different person when I play my drums,” said Sheldon, 14. “Being a drummer is fun and it’s what I enjoy doing. I can hit my drums as hard as I want and show people my skills.”

The band has been playing since 2012 and their musical journey has been an adventurous one. Hollywood Councilman Christopher Osceola remembers when they used to be part of the Boys and Girls Club.

“It’s been great to watch them grow, and I couldn’t be more proud of these guys,” Councilman Osceola said. “I first saw Cameron as a musician when he was 14 years old, and he said he wanted to inspire people; I think he’s done that.”

The Osceola Brothers hope to headline at multiple venues while they continue with their studies.

“I think they’re great role models for all kids, not just Seminoles,” Councilman Osceola said. “I think it’s great that they’re pursuing their education while chasing their dreams.”

Music has become such a part of the Osceola Brothers’ lives that in addition to their busy performance schedule, they’re all pursuing college degrees in music.

“I love the feeling, the soul, and the groove of the music,” said Cameron. “I really like the aggression in rock ‘n’ roll.” 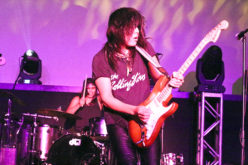 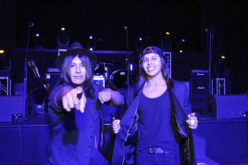 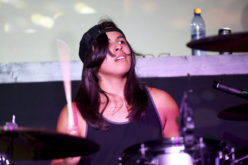