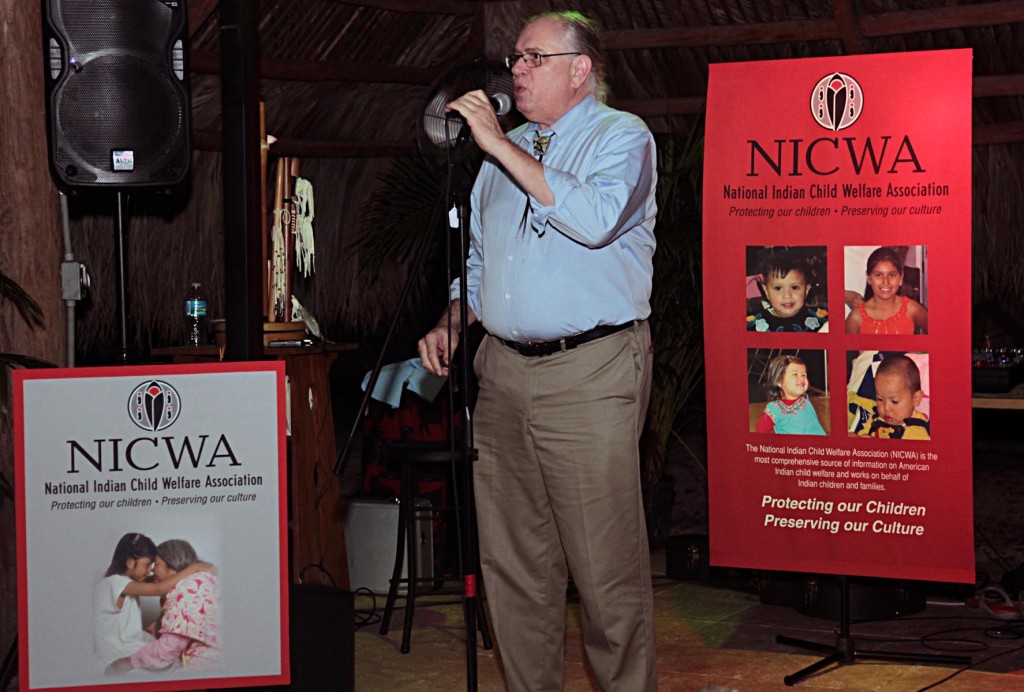 “We gather to support the never-ending work NICWA does to keep families together,” said Ted Nelson, vice president of NICWA and event host. “Our children are meant to be with their parents, relatives or with a Tribal foster family.”

The Baby Veronica case illustrates that American Indian babies are still being adopted out of their Tribes with the help of dishonest adoption attorneys, Cross said. Although NICWA fought to keep Baby Veronica with her Cherokee father, Dusten Brown, in Oklahoma, she ultimately stayed with her adoptive, non-Native parents in South Carolina.

“One in four children was taken from a Tribal family before ICWA was passed in 1978,” said Cross, a member of the Seneca Nation. “We are under assault now by unscrupulous attorneys. The supply of adorable babies has dried up; Russia, Korea and Ireland are closed for adoptions. An Indian baby is worth about $100,000 to an adoption attorney.”

Cross hopes his public education campaign will inform people of their rights and demonstrate how ICWA keeps Native families together.

In addition, NICWA has asked the Department of Justice to investigate unethical attorneys working outside the guidelines of ICWA, a federal law that seeks to keep American Indian children with American Indian families.

“The Seminole Tribe has been one of the stalwart supporters of our work,” Cross said. “We can do it because of the generosity of the Tribe.”

Cross acknowledged Nelson’s work as a champion for children in the community and thanked him for his seven years of service on the NICWA Board of Directors.