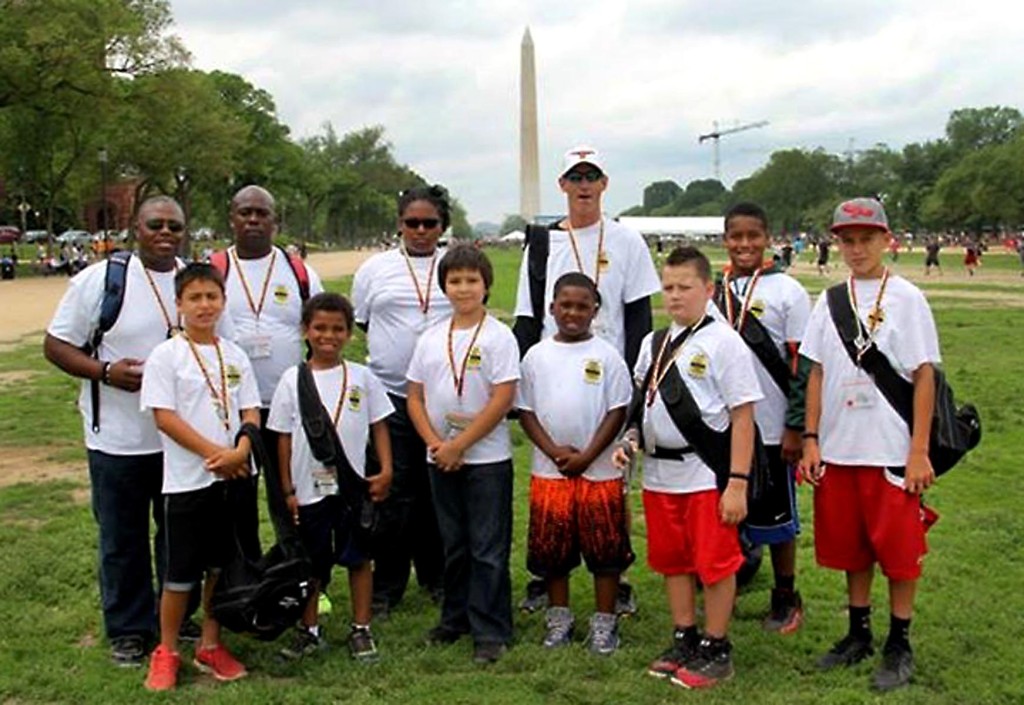 WASHINGTON, D.C. — Seminole Police Department officers and Tribal youth from the agency’s Police Explorers program joined law enforcement from throughout the country May 12-16 for National Police Week in Washington, D.C.

“It was an opportunity for the kids to see us not just as they do every day in the community, but the different side of law enforcement – the struggles and concerns we all have,” said Sgt. Angela Margotta, formerly of the department’s Youth Services Division and now of the Homeland and Tribal Security Unit.

About 50 kids, 25 officers and 50 chaperones and family members attended the event, which included honoring 103 fallen officers who died in the line of duty during 2013.  During a somber parade to honor the fallen, the SPD color guard marched and a Tribal police vehicle was driven in a cavalcade that featured dozens of agencies nationwide.

The trip also provided opportunities for Explorers to explore other facets of law enforcement, including civilian careers in the Federal Bureau of Investigation and U.S. Park Police.

Sgt. Tara Hardin, of Brighton, said about 150 Seminoles ages 6-19 are in the Explorers program tribalwide. Members attend meetings twice a month to learn various aspects of law enforcement and good citizenship. Occasionally, the Explorers lend police a hand with parking and traffic control at community events.

“For all of their hard work, the Explorers get the privilege of going to Washington and seeing the police in a different light,” Hardin said.

They also squeezed in a hefty amount of sightseeing. Among the stops: the Washington Monument, FBI headquarters, Mount Vernon, Arlington National Cemetery, the Smithsonian’s National Zoo and the National Museum of the American Indian.

“The D.C. trip is always a good experience,” said Cameron Osceola, 17, of Hollywood, who attended for the fourth consecutive year.

Osceola, a guitar player in the Osceola Brothers Band, said he enjoyed the visit to FBI headquarters where an agent from Hawaii told the group how he grew up from being a guitar-playing teenager to a member of the U.S. military and then a full-time college student before being accepted into FBI training school. Explorers also observed an FBI training class during firearm qualifications.

The most compelling part of the trip for Osceola occurred right after the parade when a bag piper from Indiana suffered a heart attack.

Two police officers who didn’t know each other – one from Orlando and one from St. Louis – rushed to save his life.

“That really opened my eyes to how close everyone in law enforcement is to each other. My uncle always said that the police force is like a family of brothers and sisters,” Osceola said.