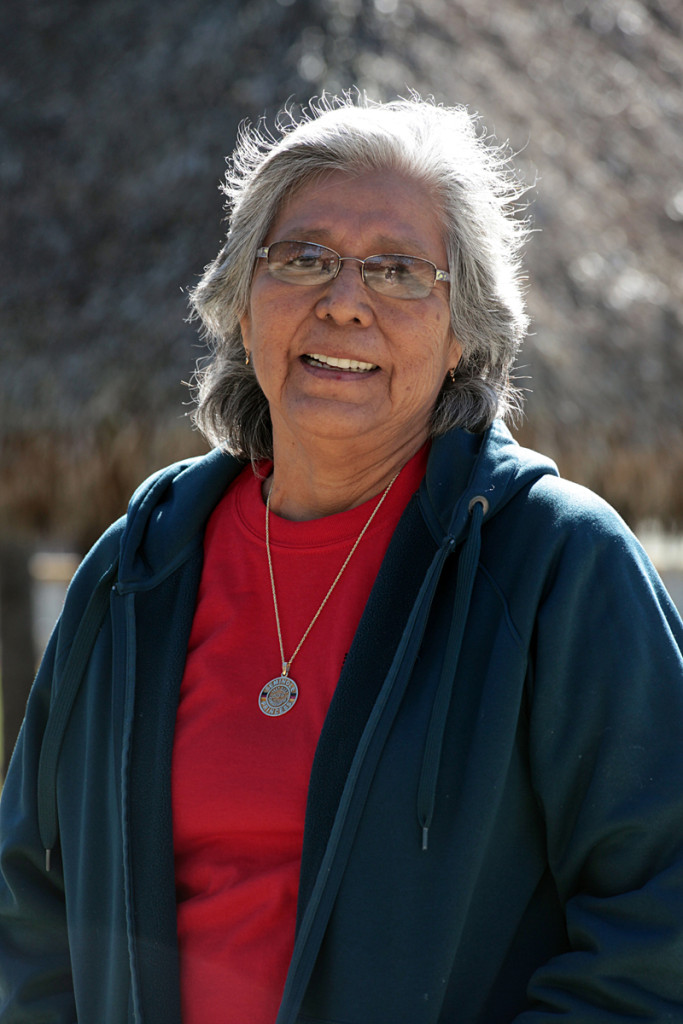 BRIGHTON — Louise Gopher has joined an esteemed group of women with her inclusion in the Florida Women’s Hall of Fame. Gov. Rick Scott selected Gopher as one of the most distinguished women in the state for her contributions to the education of Tribal youth.

Gopher played a major role in the creation of Brighton Reservation’s Pemayetv Emahakv Charter School, the first Native American charter school east of the Mississippi River. The school opened in 2007 with 123 students and now boasts 238 kindergarten through eighth-grade students.

“I think it’s a big honor,” said Gopher, who served as the Tribe’s Education director from 2003 to 2007. “Learning their heritage and language made a big difference in students’ lives. Their self-esteem went through the roof, and they couldn’t wait to come to school.”

Opening the Charter School began with parents’ desire for their children to continue Seminole language and culture lessons throughout their educations. Once students left the reservation for local public schools, they lost the Creek they learned in the Tribal preschool.

As Education director, she established a program in which students stayed on the Brighton Reservation one school day each week to learn Seminole language and culture from a group of women, called the Grandmothers.

“We took that crazy idea to Phoebe Raulerson, [superintendent of schools in Okeechobee County at the time], and she agreed right away,” Gopher said. “The Pull-Out Program opened a whole new world for them. They shared what they learned with their classmates and teachers, who couldn’t wait to hear what the kids learned at their Indian school.”

Its success led Gopher to expand the program, so she turned to Raulerson for advice.

“She wanted to build on what they had been doing, which they could do better through a charter school than any other way,” said Raulerson, a trustee at Indian River State College. “Since I had just retired from the Florida Board of Education, I put her in touch with people in Tallahassee who could help write the school’s charter.”

Raulerson advised Gopher to hire the best principal they could because good teachers would follow. The school received its charter with a focus on Seminole culture and language and follows the same educational standards required of all public schools in the state. The charter school is ‘A’ rated.

Created in 1982, the Florida Women’s Hall of Fame honors women who make significant contributions to the improvement of life for citizens of the state. Nominations are made by the public from April to July – last year there were 70 – and the Florida Commission on the Status of Women narrows the list to 10 people. The governor makes the final selections.

This March, Gopher will be inducted along with two other women: Dottie Berger MacKinnon, founder of Joshua House and A Kid’s Place, both safe havens for children who are removed from their families; and Susan Benton, the first female elected sheriff in state history and the first female president of the Florida Sheriffs Association.

The three new inductees bring the total to 91 women in the Hall of Fame.

“We worked in groups on different aspects of the nomination form,” said Drake, currently a teacher at West Glades School. “The students learned about their school and about the extensive process that Louise and many others went through to bring it into existence.”

Gopher, who grew up in a camp in western St. Lucie County, didn’t speak English when she started school in Fort Pierce but went on to become the first Seminole woman to earn a bachelor’s degree. She is the second Seminole woman in the Hall of Fame; Betty Mae Jumper was inducted in 1994.

“I think of all the other ladies who came ahead of me, like Betty Mae,” Gopher said. “I think of the women who lived during the Seminole Wars and how hard it was for them. It’s because of their strength that we are here today. I never want to forget them, our ancestors.”

Gov. Scott will induct the women during a ceremony March 12 in the Capitol Courtyard. The event is free and open to the public.

“I don’t think there is anyone who has done more for education for the Seminole Tribe than Louise,” Raulerson said. “What she has done is the basis of what the Tribe will become in the future. I was really pleased to hear she got in the Hall of Fame, she deserves it.”