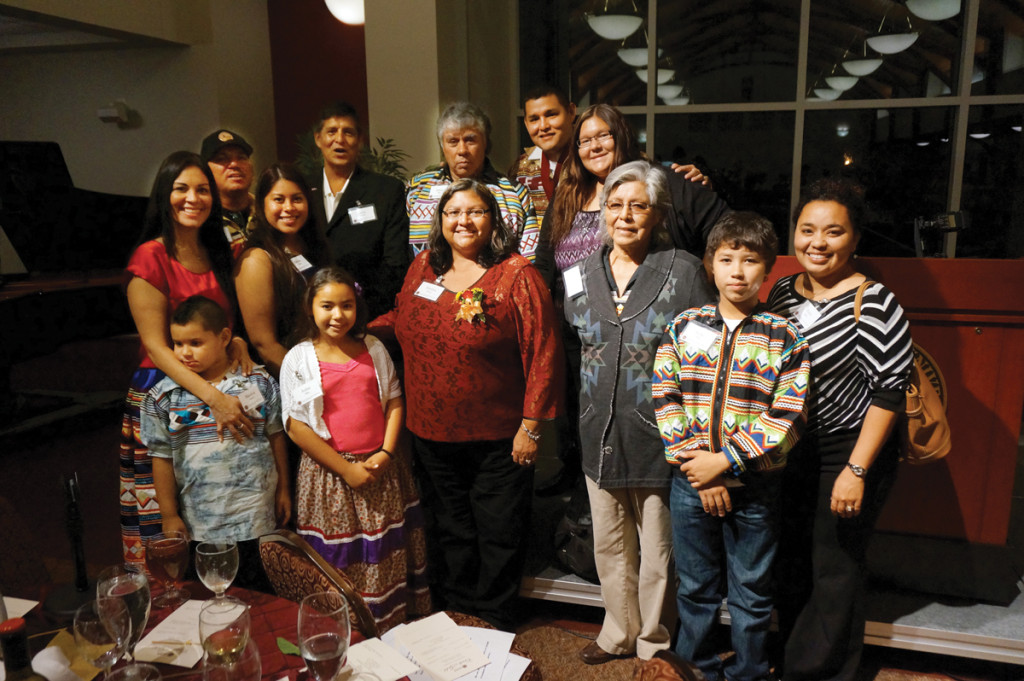 TALLAHASSEE — Kyle Doney was inducted Nov. 1 into Florida State University’s highly venerated Circle of Gold. Established by the FSU Alumni Association in 1993, the Circle of Gold recognizes individuals who epitomize the university’s tradition of excellence through service and dedication.

“When you look around the room, it’s the heart and soul of the university,” said Scott Atwell, president of the Alumni Association, about the members who return each year for the induction ceremony.

Doney, who graduated in 2007, is the first Tribal member to receive the award and the first to serve on the Alumni Association’s National Board of Directors. A board member for five years, Doney serves on the association’s governmental advocacy committee and programs committee. The former brings university priorities to the local legislature to support its educational goals, while the latter implements social functions, sporting events and national Seminole clubs to boost alumni participation and to instill a constant identification with the school.

Atwell said Doney acts as a valuable liaison between the Seminole Tribe and FSU, even helping solidify FSU’s use of Renegade and Osceola as the school’s symbol. During Doney’s time as a student, the NCAA had placed FSU on its “hostile and abusive” mascot and nickname list. Doney stepped in.

“Doney put an exclamation point on the university’s successful defense of its heritage by donning his native battle dress and planting Osceola’s spear prior to our Labor Day football matchup with Miami in 2005,” said

Gordon Sprague, chairman of the board who presented the award to Doney.

After much controversy, the NCAA granted the use of the name because of the unique relationship between the Tribe and the university. Doney planted the spear two more times and is the only Tribal member to hold the privilege.

“I think he’s a great representative of the Seminole Tribe and we’re proud to have him on the board and in the Circle of Gold,” Atwell said.

“If you look at past recipients I’d have to say I’m truly honored to receive this award,” Doney said.

A delayed flight kept Doney from arriving to the ceremony on time, so Chairman James E. Billie accepted the award on his behalf. He thanked FSU President Barron and wife, Molly, Stan and Ramona Wilcox, Allen and Patty Durham, Bill Durham, Donna McHugh and Scott Atwell. Doney arrived just in time for an ovation as Chairman Billie read the end of his speech.