BRIGHTON — On June 19, approximately 80 people attended the unveiling of the plaque that marks the historic location of the Josh Camp. This camp was established in 1947 by John Josh, his wife Henley and their son Coleman. 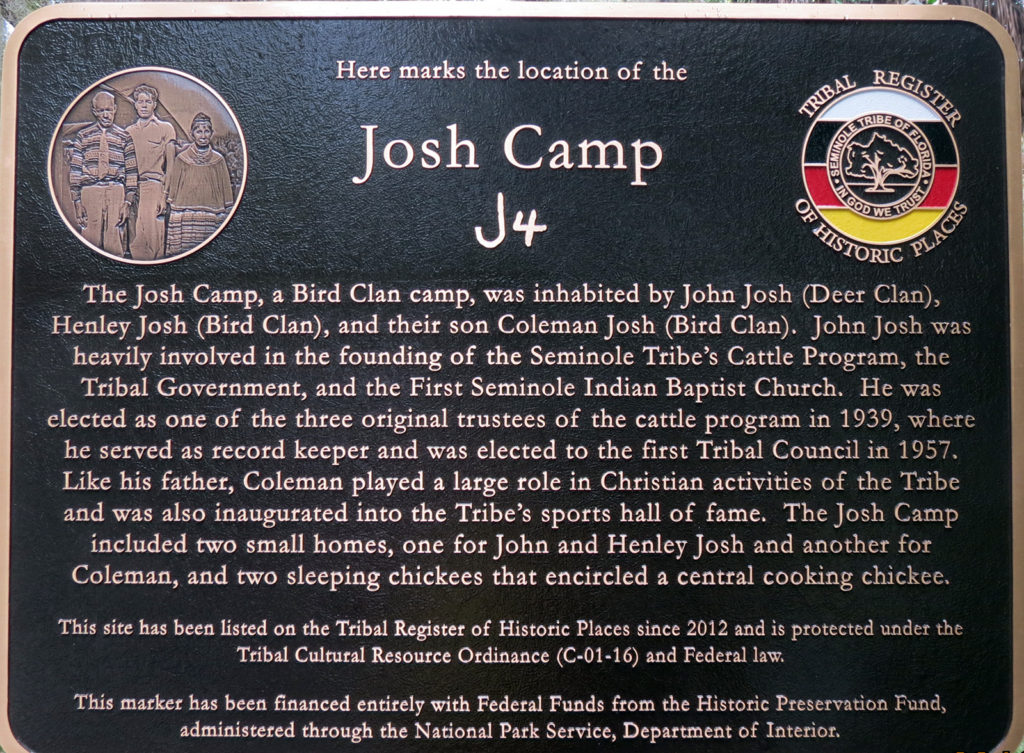 Seventy years after the camp was established, members of the Josh family, Brighton Community members and staff from the Tribal Historic Preservation Office, watched Coleman Josh unveil the sign that stood a short distance from the camp’s location.

At a luncheon following the sign’s unveiling, Coleman and other speakers told the audience about the camp and about John Josh being elected as one of the first cattle trustees and as a member to the first Tribal Council. Coleman Josh also explained that his father helped establish and start the First Baptist Indian Church of Brighton, was ordained as a church deacon and drove the church bus.

It was because of the significant roles John Josh played in the formation of the Tribal government and the cattle industry that the Josh Camp was listed on the Tribal Register of Historic Places in 2012. This Tribal Register is a list of significant historic sites to the Tribe. Listing includes recording the makeup of the camp and the life and accomplishments of the camp’s occupants. By marking this site with the bronze plaque, current and future generations can continue to remember the important achievements of past generations of Seminoles. 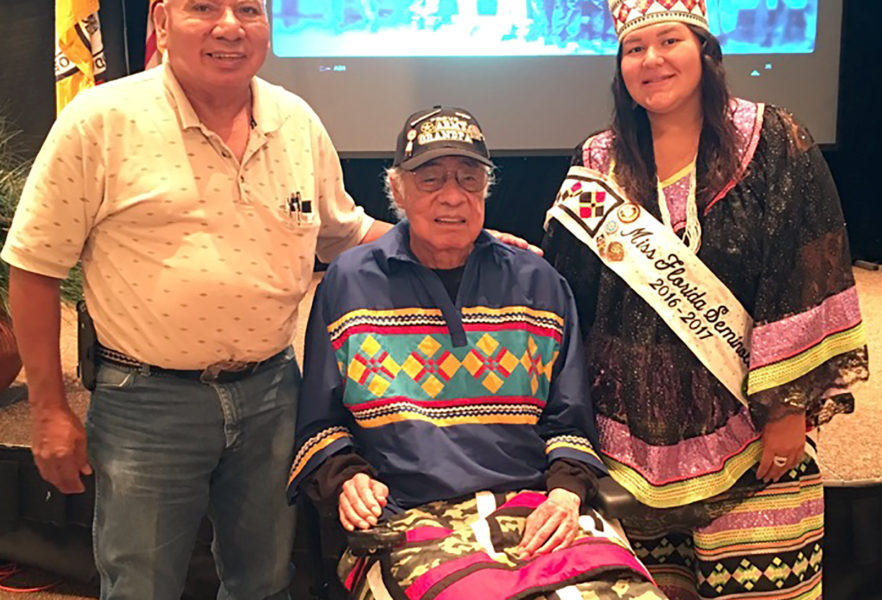 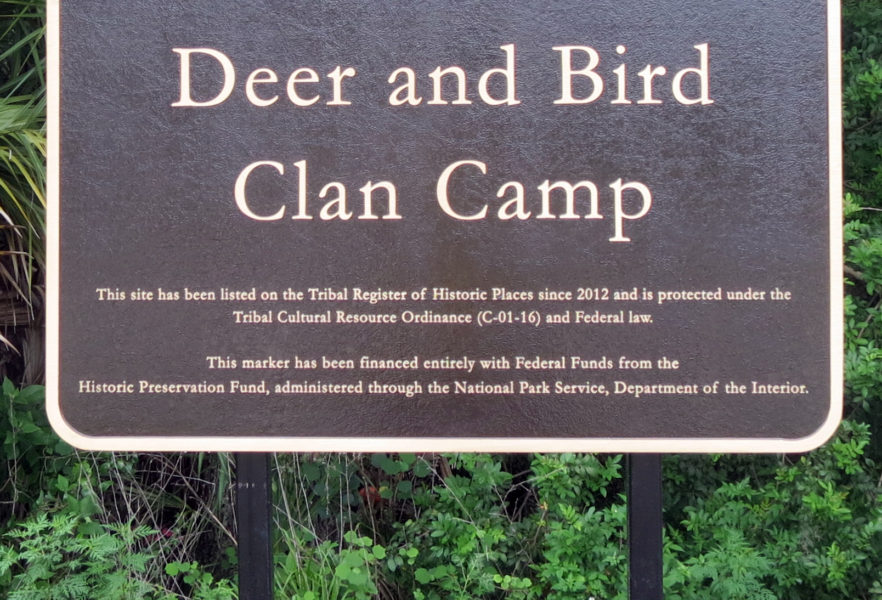 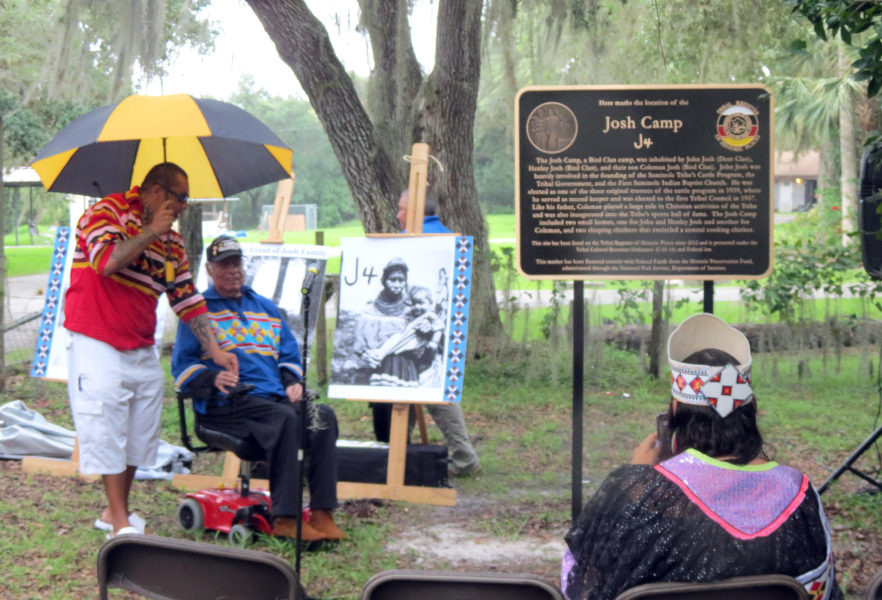 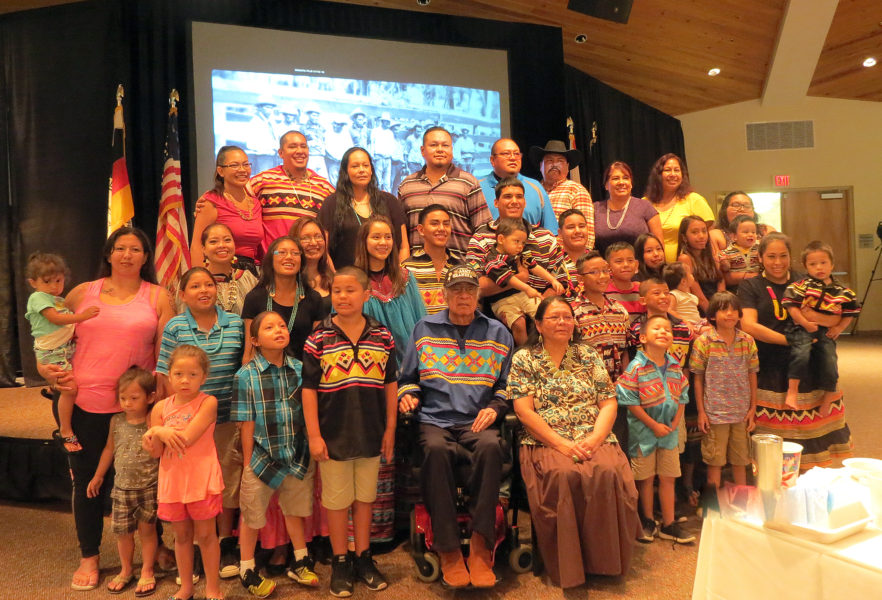 One thought on “Josh Camp marker unveiled in Brighton”