MIAMI/BRIGHTON — The Ainu people of Japan, whose ancestry is believed to date back as early as the 12th century, brought their culture from the other side of the world to Florida International University in Miami and the Brighton Reservation.

The Ainu shared and explained their native songs, dances and customs during visits in early November as part of FIU’s ongoing Global Indigenous Forum geared toward enlightening the public about global issues involving indigenous groups through community activities and academic programs.

“We’re very honored to have had the Ainu visitors at FIU to share their traditions with students, faculty and with the Seminole people,” said Dennis Wiedman, an associate professor in FIU’s Department of Global and Sociocultural Studies. “I’m especially happy that freshman Eden Jumper, who’s on the executive board of the Global Indigenous Group student club, was able to welcome the Ainu people to the audience and represent the Seminole Tribe.”

Similar to some of the hardships Seminoles endured, the Ainu people – who come from Japan’s Hokkaido and Honshu islands – historically had their land invaded, were enslaved and about 70 percent of their population died out in a century.
Despite being recognized by the Japanese government as an Indigenous people in 2008, the Ainu still face adversity and prejudice. They try to keep their identity alive by touring and educating the public about their customs.

Five Ainu women demonstrated an array of traditional dances, including a crane bird dance, the Ainu girls’ black hair dance that resembles a pine tree blowing in the wind, and a dance known as the fable of the owl, inspired by the nocturnal bird, which the Ainu see as protector of the forest.

Two Ainu men demonstrated other traditional dances, including one dedicated to a hunter who forgets to hunt when he gets distracted by a beautiful bird.

Dancing for the Ainu is used mostly for ceremonies to exorcise evil spirits and remains an integral part of their culture.

Musical instruments used by the Ainu, such as the Mukkuri and the Tonkori, are believed to have spiritual deities connected to them and were played for an audience of about 200 at FIU. Forum attendees participated in workshops on how to use the traditional instruments. They learned about the patterns in Ainu handmade clothing, traditional robes known as Kimonos, and headbands. They also watched hand-carving of prayer sticks, known as inaw.

Masako Kubota, FIU’s instructor for the Asian Studies Program & Department of Modern Languages, said she couldn’t be more thrilled that the Ainu people shared their way of life and beliefs.

“This started five years ago when I finished my thesis for my master’s,” Kubota said. “I promised them that they would be able to exchange ideas with the Seminoles and Miccosukees; and my dream came true. I’m extremely grateful for the generous grant from the Foundation for Research and Promotion of Ainu Culture and the Japan Foundation the trip to fly across the world possible for the Ainu. I’m also grateful for the Ah-Tah-Thi-Ki Museum’s participation with FIU to make the educational experience that much more meaningful.”

A few days after the FIU program, the Ainu attended the American Indian Arts Celebration on the Big Cypress Reservation before they headed to the Brighton Reservation on Nov. 7. The group visited the Creek Immersion School, housed in the Pemayetv Emahakv Charter School, and the Brighton Senior Center.

“They were able to emerge themselves into the Creek language. It was fantastic,” Kubota said.

The Language Enrichment House, known at the Emahakv Cuko, features staff who are dedicated to developing Creek materials and only Creek is spoken. After meeting with Language Enrichment program manager Marcus Briggs-Cloud and studying the environment inside the house where children ages four months to 3 speak only Creek, the group performed for a small audience at the senior center. They showed the seniors how to use the Mukkuri instrument, which is made from nemagaridake bamboo. The instrument consists of a thin plate with the center carved out in the shape of a tongue. A string is attached to both ends.

When played, each person’s instrument sounds different because of the differences in the shape of people’s mouths, according to the Ainu people. Tribal elders were fascinated by the Mukkuri as they tried to play the instrument.

“We wanted [the Ainu people] to be really engaged with the Seminole people and for both Native groups to learn from each other,” professor Wiedman said.

The Ainu stayed in cabins on the reservation. During a dinner with Chief Justice Johns, the Ainu discussed how their people could excel in the area of tourism, a highly-demanded request in their country. Johns talked about the Seminole culture and compared it to the Ainu culture and told them how the Seminoles obtained gaming and entertainment, according to Wiedman.

Wiedman explained it was integral for the Ainu people to learn how to maintain control of their destiny, decisions and their rights to arts, music and land.

“Everyone was so welcoming, and to experience the reaction from the two cultures towards one another was amazing,” Wiedman said. “It was a great moment in my life.” 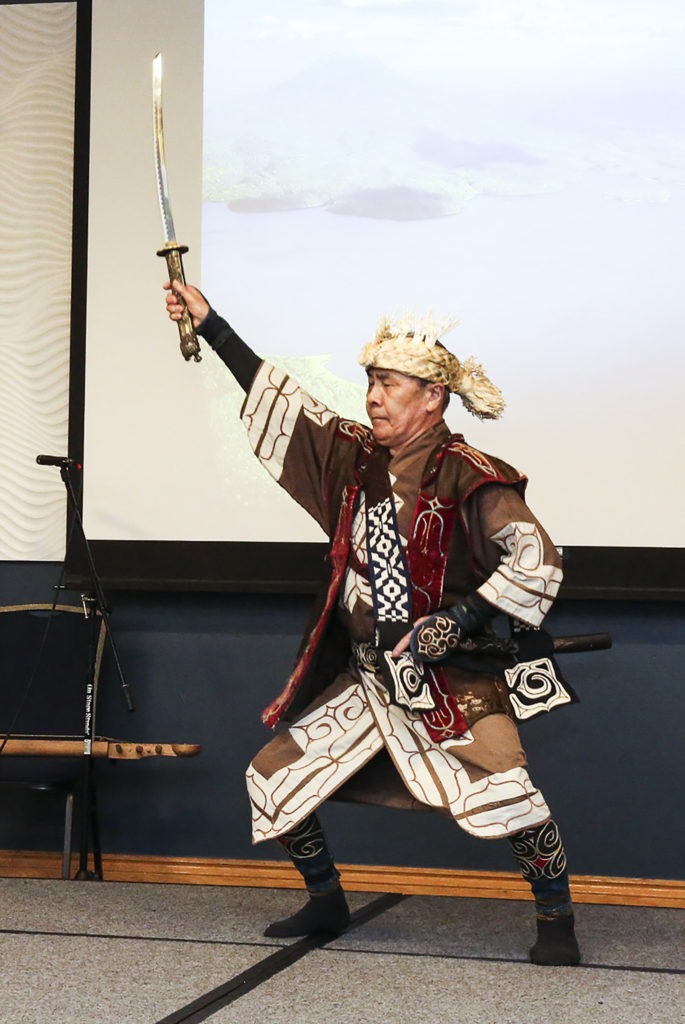 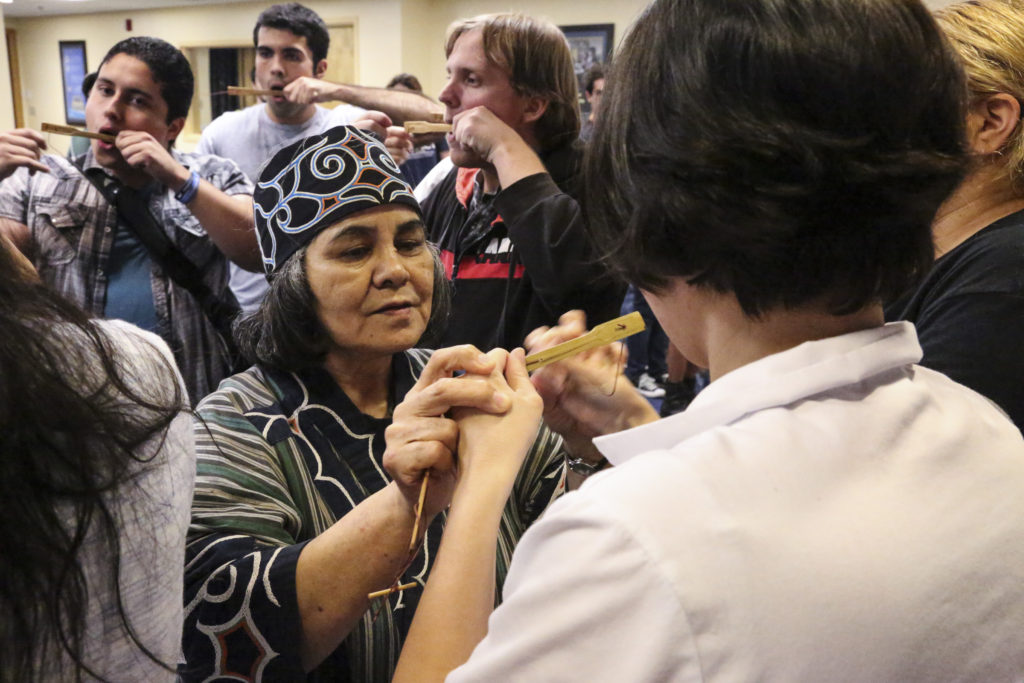