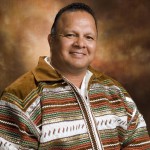 First you have to know what you want. Then you have to position yourself to take action if the opportunity arises. I have mentioned this approach many times in this column. In fact, it is a business strategy that this administration is fully committed to.

And it works! No project since I have been President demonstrates this successful strategy more dramatically than our recent purchase of Salacoa Valley Farms, at the foothills of the Blue Ridge in northwest Georgia, home to one of the highest-end breeding bull herds in the country.

It happened very quickly, but we were ready. It started with an excited email from cattleman Alex Johns to the Board of Directors at 7:05 a.m., Monday, Sept. 16. Always with his ear to the ground of both state and national cattle news, Alex had discovered that Salacoa, one of the nation’s premier cattle operations, was suddenly, unexpectedly, for sale. Its owner had been diagnosed with cancer and had ordered the entire herd liquidated.

“This is one of the largest and most progressive registered purebred Brangus outfits in the country,” Alex wrote, urging us to take action. “Once a herd is liquidated, all the genetics that take a lifetime to develop is lost to another breeder.”

Purchasing the entire herd? One of the best in the country? The wheels began to turn! That would allow us to access the premier genetics that we couldn’t afford in the past. Premier genetics produce higher grade beef. The excitement surrounding this project began to build quickly. Taking this step would definitely signify that we want to become a serious producer of beef and to have our Seminole Pride Beef purchased by the major buyers.

Alex saw this as a final segment of our total vertical integration in our beef chain supply. The sale, he quickly determined, could include the lease of the land the Salacoa seed stock operation sits on. Our Seminole Pride Beef, already being sold by 66 restaurants in Florida, would benefit from owning such a huge seed stock operation producing some of the top genetics in the breed.

We all agreed with Alex but we faced a daunting task. Salacoa’s mid-October bull sale was now being planned as a dispersal sale. If we determined this purchase would benefit our individual cattle owners and that it would hold up as a lucrative investment for the Seminole Tribe, we had to act quickly before all the stock was gone, sold piecemeal all over the country.

And, we were positioned to do just that. Board members Joe Frank and Larry Howard left to accompany Alex on a visit to Salacoa, where they were warmly received. We all were aware that the phones were likely ringing off the hook at Salacoa, as word of the sale skyrocketed through the cattle industry. An opportunity like this, which included the equipment, hay, semen and embryo inventories, genetically superior livestock (921 head total stock) and a top-tier reputation, comes along once in a lifetime, said Alex, who, along with Joe and Larry spent the day negotiating with Salacoa management.

Salacoa spent a lot of time with us. They liked the ideas our directors produced: keeping the herd together, expanding the great herd – maybe even doubling it, keeping the same operations staff, buying everything Salacoa had and leasing the seed stock land. It became abundantly clear to us: If we are going to be serious in the beef business, this is the step we have to take. Right now, the way we have been buying bulls the past couple years, we have to make do with inferior bulls because we don’t have the money to buy the type of genetics Salacoa is known for.

I received a lengthy email from Alex at 7:20 a.m. on Sept. 24, detailing an outstanding deal. Everything we wanted. They had a signed intent to purchase (which stopped the herd dispersal plans) and our staff was drawing up both the asset purchase agreement and lease management agreement that would lock in the deal. The three directors had looked into the entire operation, put together their own appraisal of the herd, made sure that everything was as advertised and legitimate, made an offer. And Salacoa took it.

In fact, our decision to buy Salacoa and keep that legendary herd together was praised throughout the marketplace, both large and small cattle owners who now can continue to buy these bulls. I’m told that a lot of people wanted to buy that place. But we jumped in there and got it done. We got there first and, positioned the way we were, we had the support to make it happen. In fact, we made enough on the cattle sale to run the ranch for six months.

I asked Alex what this means to our Seminole independent cattle owners. His response: “Eventually we want this place to be a stand-alone business. As we increase the bull numbers, it will allow me to siphon off a part of those bulls to come back to the reservation. And, at a better price than anyone can go out and shop for ’em. Cheaper bulls with better genetics. It takes a grade of 4 to sell choice and they are all choice. Many have marbling scores in the high 4s and 5s. At the end of the day, what it means for the independent cattle owners is more money in their pocket.”

We are all excited about it. As I have said many times, we could have just continued drifting along as we were. But for us to take our programs to the next level, these are the things we have to continue to consider and when the opportunities present themselves we have got to jump on them.

I have directed my staff to organize a bus trip, in the near future, to the Salacoa Valley Farm for all Seminole cattle owners, as well as any other interested Tribal members. We will  also produce a DVD to show our shareholders their investment. This is an actual working ranch; Alex told us, “This ain’t no white picket fence operation!”

Everything we are doing – our water, our beef, our juice – to reach the masses we have to understand what our requirements are going to be, the quality of our product and our ability to deliver. Our goal is to control the whole process. It’s all about position. And taking it to the next stage.
Sho-naa-bish.