WHITTIER, N.C. — Two of the 12 Seminole teams battled to get to championship rounds at NAYO, where they each finished runner-up.

The Seminoles had scoring chances in the final against the Choctaw Storm, but just couldn’t deliver hits with runners in scoring position.

“We just couldn’t get the runs in,” Micco said.

The Seminoles made it to the championship thanks to a win against Poarch Creek in the losers bracket final.

During the tournament, the team was led on the mound by Jaydence Urbina, Bryson Smith and Micco’s son Charlie Micco.

The youngest of the Seminole girls teams – the 8U coach-pitch squad – also returned to Florida with a runner-up trophy. After losing late Friday night, the Seminoles won three in a row on Saturday but ran out of gas against champion Chaos in their fourth game of the day.

“You can’t expect more out of this little group. They did great,” said head coach Dallas Nunez, whose assistant coach was Lois Kayda.

The Seminole Warriors 15U softball team was perhaps the most improved team from the Tribe at the tournament.

With a roster filled mostly with players from Immokalee and a couple from Brighton, the Warriors showed what a difference a year makes.

“Last year we scored no runs. Nine teams here this year (in the 15U division) and we came in third, so it’s good,” said head coach Eric Grimaldo, whose assistant coach was Joey Garcia.

The Seminoles gave Poarch Creek all it could handle before falling late.

“I feel like we had the best team here, that’s just being a coach,” Grimaldo said. “We knew Poarch Creek was strong. They won it last year. We gave it everything we had. 3-3 going into the last inning. It was a phenomenal game. Adrianna (Sigurani) pitched phenomenal. Giselle (Micco) was awesome behind the plate. Every girl came through hitting. It was just a good game.”

Before the team left the parking lot, attention had already shifted to next year’s NAYO, which will be held in New York.

“I can’t wait until next year. The girls are excited,” Grimaldo said.

Also in the 15U softball division, Native Dolls, coached by Nicki Osceola and Marilyn Doney, went 2-2, which included a win on Saturday against Slammers before being eliminated by Lady Indians.

“They were excited about winning,” said Doney, who added that the team didn’t have much experience, especially playing in travel tournaments.

Baker said she was thrilled with the team.

“I couldn’t be happier with them,” she said during a break between games. “They’re already winners as far as I’m concerned.”

On the baseball side, the Seminole 8U coach-pitch baseball team didn’t have any problems fielding a team. Eighteen players suited up for the Seminoles, which won one game, 9-8.

Highlights from another game included a double by Walnard Fortner and a two-run single by Zaden Spencer.

After the team was eliminated early Saturday morning, players and coaches met in the outfield. The coaches told the players how proud they are of the team, and then Madrigal provided a reminder that there’s more than NAYO in the western North Carolina mountains.

“You have the rest of the day off. You can go tubing and swimming,” Madrigal told the kids.

The Tribe’s 10U baseball team enjoyed a strong start, winning its opener against Achafa Piyah, 11-4. Gabriel Cypress hit a triple and had a one-hitter on the mound into the fourth inning. Jeremy Urbina finished up in relief.

The Seminoles lost two games on Saturday, but still departed with good memories.

“We won a game. We’re usually two and done. They had fun,” said Torres, whose assistant coach was Ryan Garcia.

In 17U baseball, the Seminoles, coached by Preston Baker, won its first game against the Sluggers, but lost the next two to 7 Clans and Dirt Bags.

The Seminoles’ 17U softball team, coached by Mondo Nunez, beat Eastside in its first game, but lost its next two. 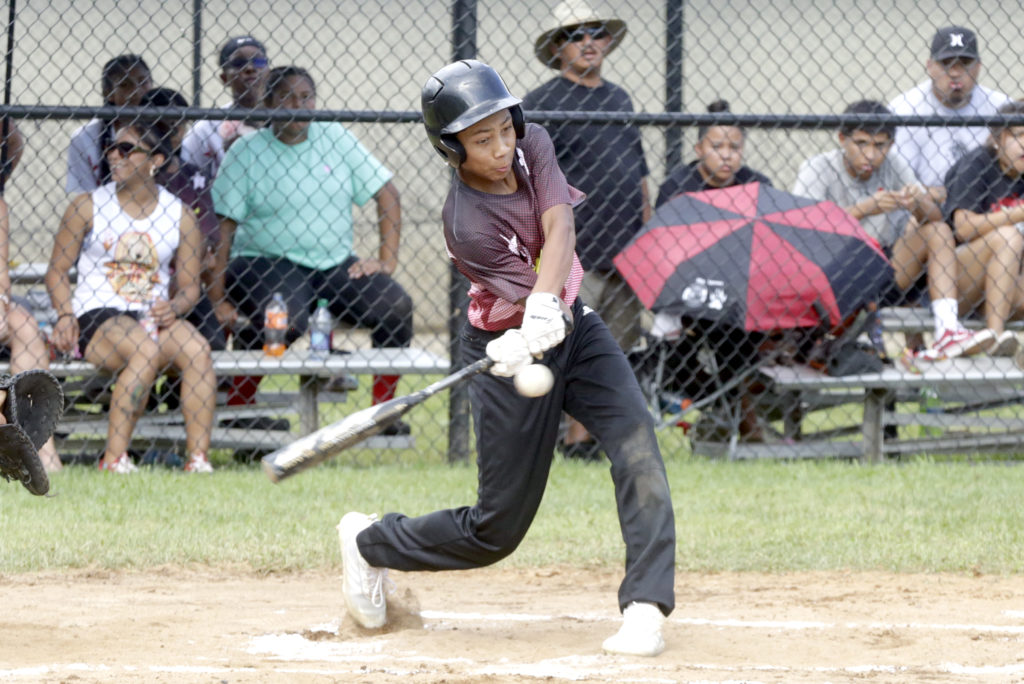