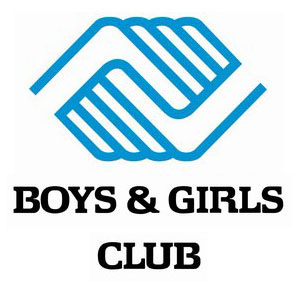 The Seminole Boys & Girls Club experienced a growth spurt in attendance and expanded its facilities because of it.

The club, ranked among the top five Native American Boys & Girls Clubs in the world, encourages positive social interaction and leadership skills among youth and gives them a safe, nurturing place to come year-round. Facilities are located in Big Cypress, Brighton and Hollywood.

“The numbers for Brighton and Big Cypress are just going through the roof,” said Boys & Girls Club director Robert North of the increase in attendance. “These new facilities come at a good time because the clubs have become so popular.”

North credits parent, community and school support for the climb in youth turnout.

Big Cypress has the highest attendance, with about 70-90 kids stopping in daily. Their club, which opened in 2009 with about 20 kids participating each day, relocated last month from Ahfachkee School classrooms to the Community Center.

Merging with the Community Center expanded the club’s staff and activity space, adding four full-time and two part-time counselors and two part-time tutor positions to the program. The center will continue hosting community events and running the seniors’ ceramics program as well.

Executive administrative officer O’Hara Tommie said the Tribal Council and Executive Office discussed the club’s move for a handful of years, so he’s glad to see it come to fruition.

“The community wanted more out of the Big Cypress Community Center,” Tommie said. “And the [Boys & Girls Club] was taking up classroom space, which Ahfachkee desperately needs, so the center was a perfect location for it.”

Tommie said he is working to implement a teen wing separate from the youth club, as well as to add a café by the end of the year.

“To me this is just huge because it’s not just about keeping kids off the street,” North said, “but it’s introducing them to all these options and all these vocations that may be of interest to them, and they’re having fun on top of everything.”

The Brighton Boys & Girls Club averages 55 kids each day, so their recent move was well warranted. Remaining on Pemayetv Emahakv Charter School’s campus, the club relocated to a new modular that tripled its size to about 1,200 square feet.

In Hollywood, the location of the first Seminole Boys & Girls Club, activities remain in the original facility that opened in 2005 for youth ages 7-11, while 12-to-18-year-olds are in a stand-alone modular Teen Center that opened in 2008. These facilities comfortably accommodate about 40 kids a day.

North said each Boys & Girls Club offers academic and recreational activities that are especially critical after school from 3-6 p.m. Kids tend to get into mischief if unsupervised during this time, but the Boys & Girls Club counters this by offering a fun, safe and positive place to go. Not only does the club keep them out of trouble, but it also encourages them to finish their homework.

“It’s really key that kids anywhere finish their homework,” North said. “The motivation is that there’s fun things to be had. There’s a high probability that the kids are going to do better in school because they’re getting their homework done, they’re learning and they’re having fun.”