BIG CYPRESS — Although it wasn’t quite Christmas, the holiday spirit was alive and well at the 12th annual Trike Fest on Dec. 9 in Big Cypress. Seniors from Big Cypress, Brighton, Hollywood and Immokalee donned Santa hats and bicycle helmets as they vied for trophies in the friendly competition at the aviation hanger.

“It’s wonderful, as always,” Paul Buster said. “The Christmas spirit we have here today makes it much more special.”

Organized by the Health Department, the goals for the day were fun, fellowship and exercise.

The events challenged competitors’ skill, speed and gumption throughout the day. A drag race was added to the familiar weave, maze and target toss events. Trike Fest opened with a three-wheeled drag race down the runway. Competitors pedaled and spectators meandered outside to compete and cheer on friends.

Seniors competed within their age groups: Super Seniors 56-62, Golden Seniors 63-69 and Diamond Seniors 70 and up. The competition was fierce as waves of seniors and their trikes picked up speed on the runway to the finish line.
As always, the team relay raised the level of competition in the final event of the day. Participants had to weave through cones, get a package of puzzle pieces and weave back to the starting line with them. When all the packages were picked up, another team member completed the puzzle challenge. Teammates cheered and shouted advice until the deed was done.

It was Loretta Micco’s first Trike Fest and she was up for it. Even though the Hollywood team had only a few competitors, she was confident they would win. Alas, the Big Cypress team prevailed and Hollywood took second place.

“I’ve been doing the puzzle for the last few years and I enjoy it,” said Carol Cypress, of Big Cypress.

Not everyone had to pedal to compete. Hikers showed their skills in the arrow toss, target toss and ladder ball.

“The best part of Trike Fest is visiting with people we don’t see all the time,” Louise Osceola said. “BC won last year, we’re hoping to keep the trophy.”

Each reservation also created elaborately decorated trikes and hoped to be judged the best. The four trikes on display each showed Santa in his sleigh pulled by reindeer. Judges had a tough job, as one was as festive as the next. It was attention to detail that determined the winner and Immokalee went home with the trophy. 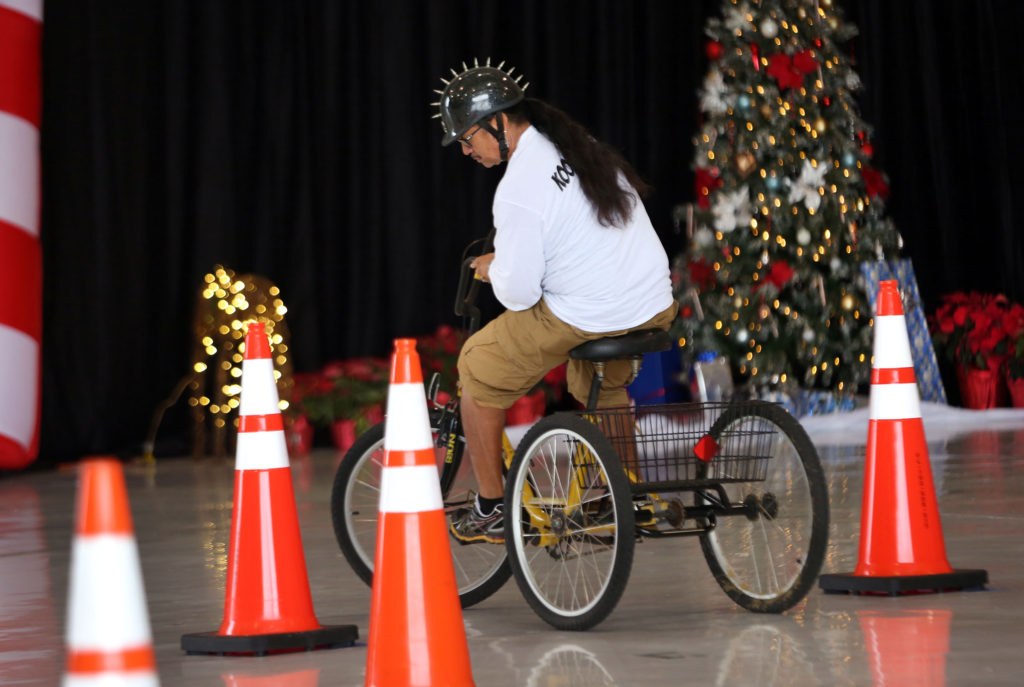 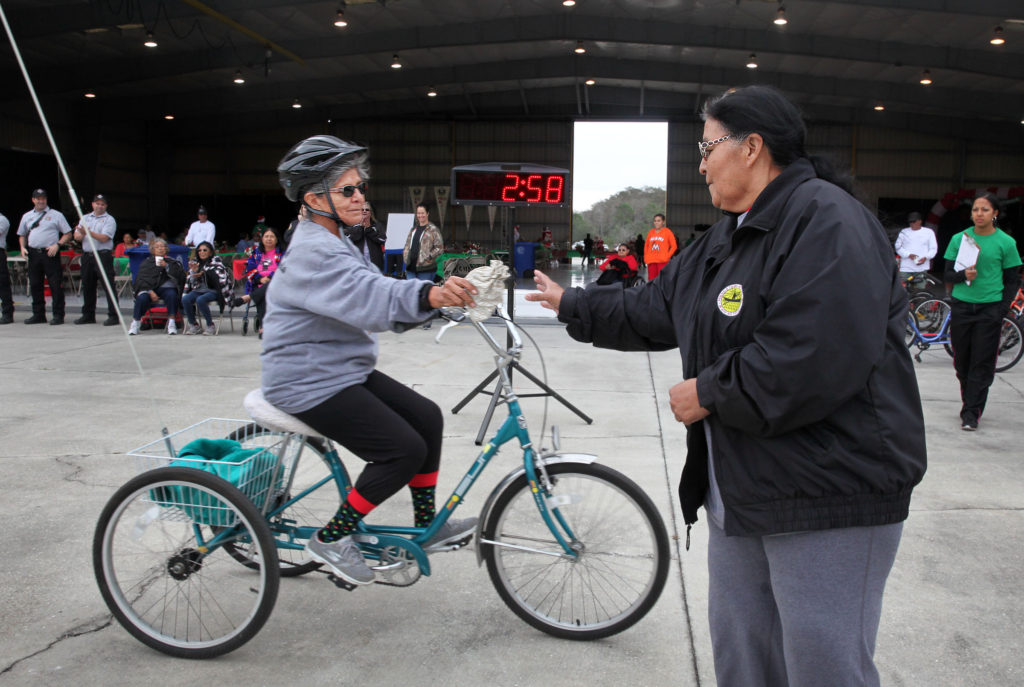 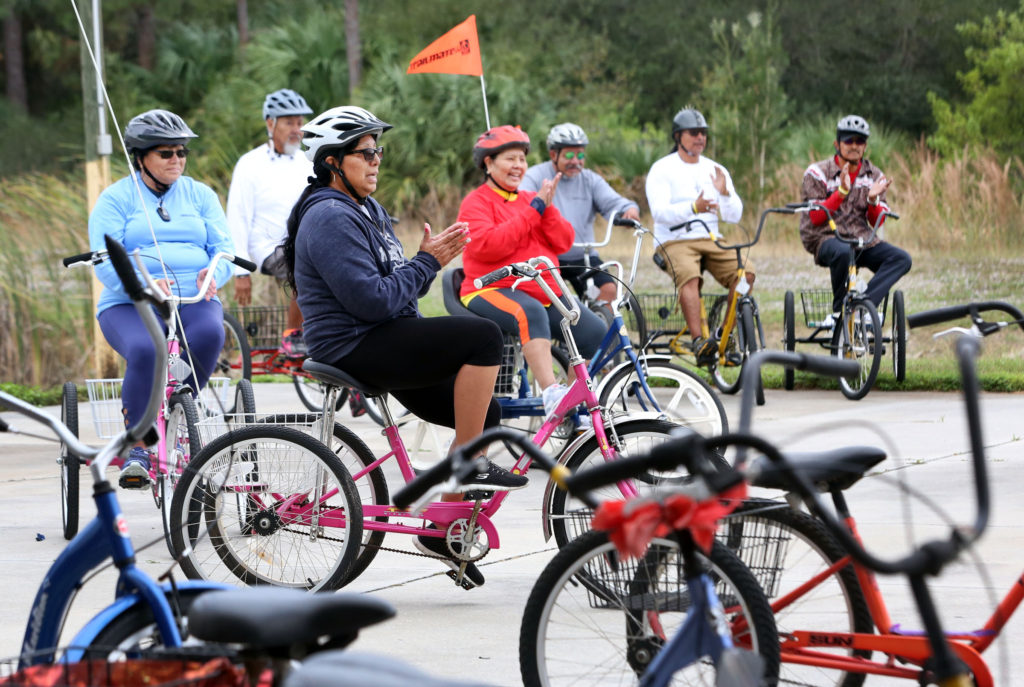 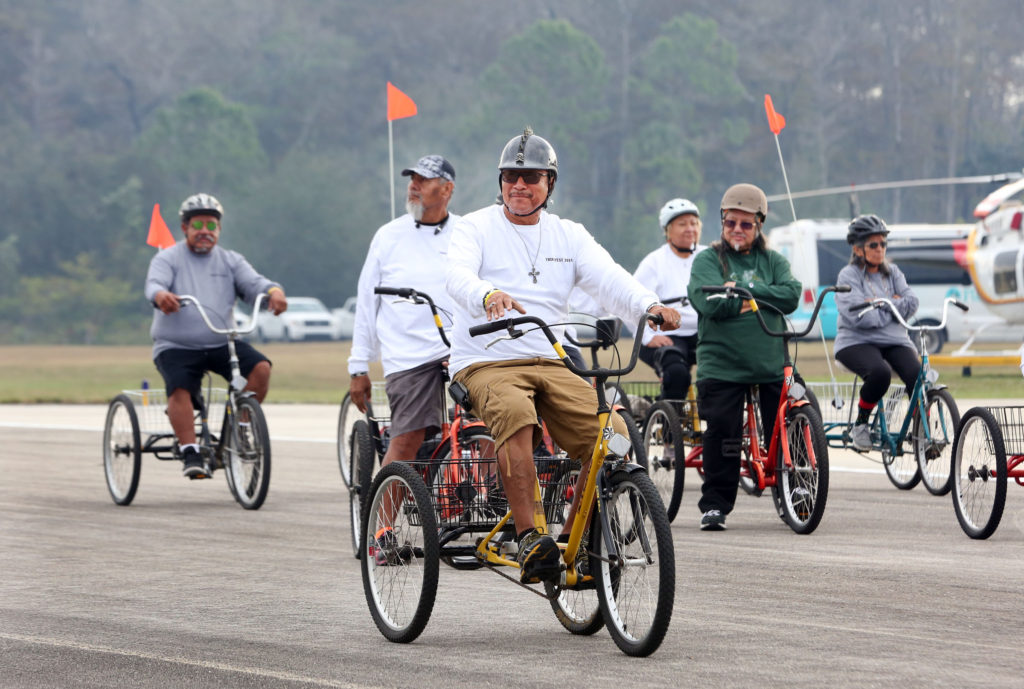 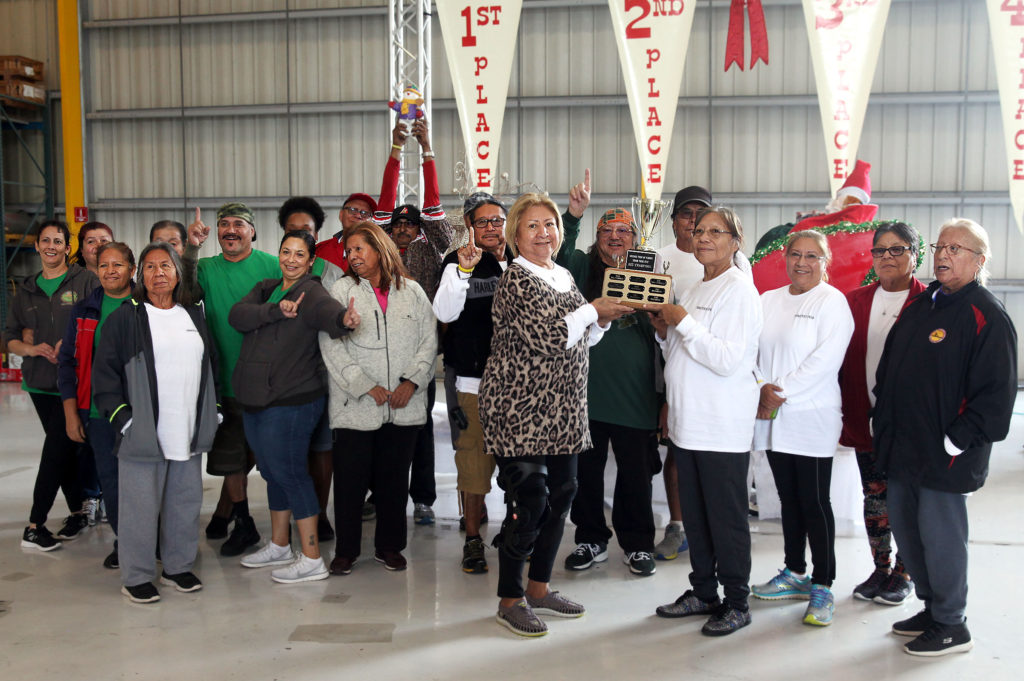