The tournament, organized by the South Florida FIRST Tech Challenge Robotics League, was attended by more than 20 teams consisting of middle and high school students.

“I’m really proud of this middle school group of kids who stepped up to the plate today to do this competition,” said Dorothy Cain, principal of the Ahfachkee School.“It’s intimidating in that room, with all of these students who’ve had years and years of [competing] and this is our first go-round. So, hopefully they get the experiences and this gives them exposure to a whole different world.”

The Ahfachkee team built their robot in six weeks, during club meetings and class periods. After the robot passed official inspection, the team competed against other schools several times throughout the tournament.

Johnnie Sue Russell, 11, and Jaylee Jimmie, 11, both members of the Ahfachkee School robotics team, said they were “nervicited” for the competition.

“Nervous and excited,” Jimmie explained. “Building the robot and making new friends have been the most fun parts of being on team.”

Family members signed up both girls for the robotics club, which is open to middle school and high school students, after they showed an interest in technology.

The Ahfachkee School robotics club was founded in the beginning of October, led by STEM teacher Chin-Tang Liu. The team built their robot, 13143 Warrior Machine, in about six weeks.

For robotics club leader Liu, the tournament is all about building lifelong professional skills in STEM fields and acknowledging students for their work.

“Students are being recognized,” he said. “That’s what I want to see. These students are very smart in science and engineering, but in the classroom nobody cheers for them. They are loners. But here they can find their identity.”

The robot experienced some technical difficulties during the tournament.

“We’re seeing where we fit in this whole competition,” Cain explained. “I don’t expect us to be anywhere close to the top yet because we’re just starting. We’re learning.”

“It’s a really good experience for the kids, and we’re growing the team,” said Philip Bear, assistant principal at the Ahfachkee School.

Timothy Tigertail, 13, said he was excited to see if the robot would work and what the team could to do improve. He also said that he was nervous because the team had never tested the robot in front of so many people before.

“It’s a new experience – something to try out,” he explained.

For Liu, the competition is all about challenging students to form a new mindset.

“As a teacher, you always ask yourself: How can you open a new opportunity, to inspire the students, and to [help them] see the ways that they can improve? This is such an exciting opportunity for all students. We’re building lifelong professional skills,” he said.

Both Liu and Cain are expecting to see the team improve over the rest of this season’s robotics tournaments, which will take place in December and January.

“We challenge, we inspire, and hopefully we are going to reach our best potential,” Liu said. “If we work hard and we’re very driven, we have a chance to be one of the top programs, because as long as the students are driven, I will spend my time with the students.”

“This is our first year doing this,” she said. “We’ve never done it before, ever. So it’s going to take probably about three years to build a strong team, but we feel confident that we’ll get there. It just takes time. It’s a learning experience.”

The Ahfachkee School robotics team will compete next on Dec. 2 at North Broward Preparatory School in Coconut Creek.

“I expect that when the students compete again in December and again in January that we’ll be at another level,” Cain said. “We just keep moving up and kids start learning. This is a benchmark day for us.” 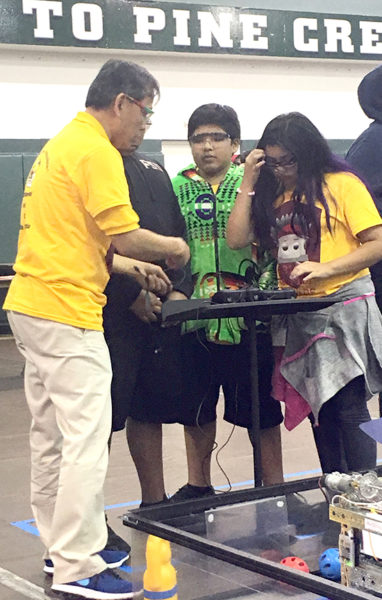 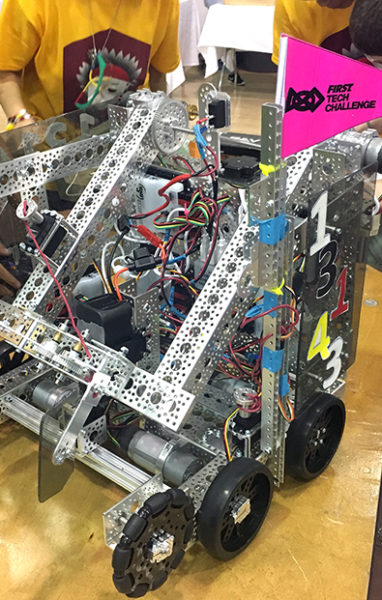 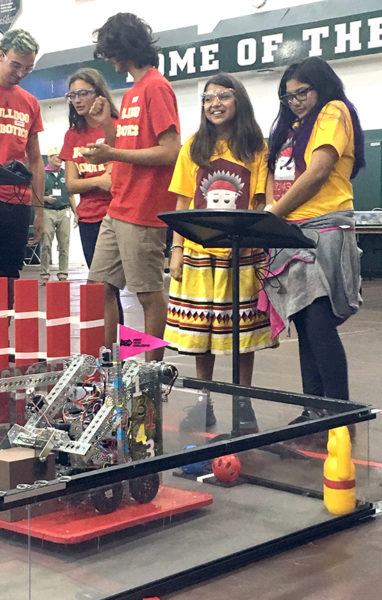 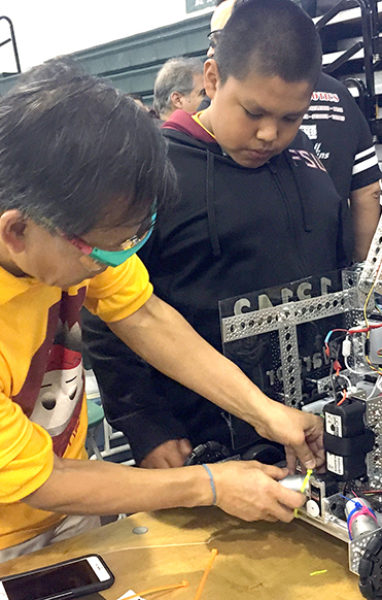 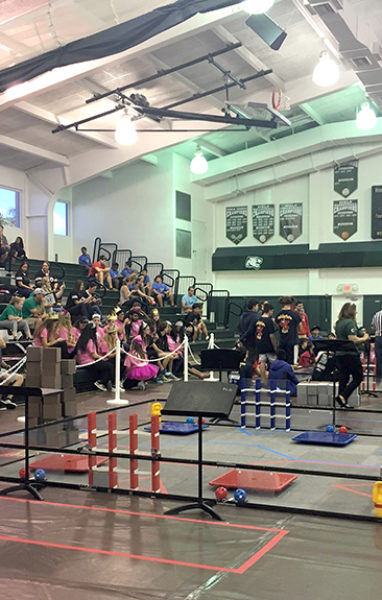