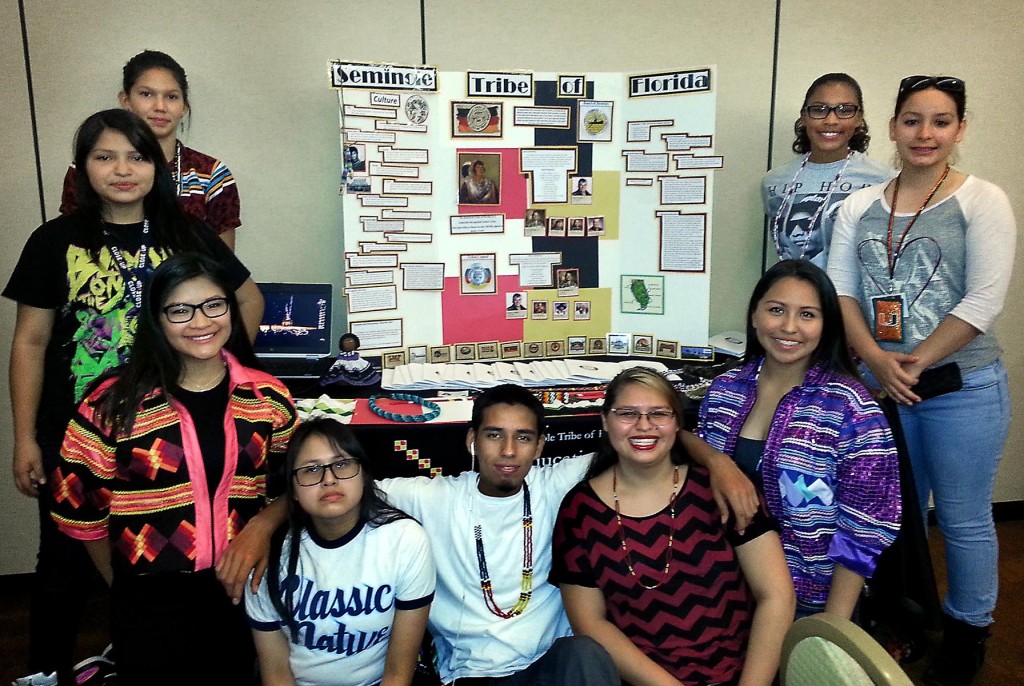 Education adviser Nicole Wilson, of the Tribe’s Education Department, said she was amazed to see for herself the vast amount of art, culture and historical documentation throughout Washington that included Native American people.

“It just proves how entwined Native Americans are in United States government throughout history and now,” Wilson said. “You hear about it but it’s not really ever taught.”

Students from Hollywood, Immokalee, Brighton and Big Cypress Reservations visited historical monuments including the Lincoln Memorial where civil rights leader Martin Luther King Jr. delivered his famous “I Have a Dream” speech. They posed for pictures in front of the White House, watched Congress go to work in the Capitol, and attended lectures by members of the Washington press corps, Congress and other insiders.

Daily schedules were filled with 12 to 15 hours of non-stop learning.

Brighton Education adviser Vickie Stuart said Seminole teens, all with grade point averages of 3.0 or higher, roomed with about 40 other Native American students from Tribes throughout Indian Country.

“The entire week was very educational with sessions that started on day one,” Stuart said. “It was awesome because the students who attended are those who already do so well in school and chose to be out a week. They were willing to make up the school work because the trip was that important to them.”

The week culminated with a visit to USET where leaders from 26 federally recognized Tribes met with White House staff, congress and cabinet departments to bolster Tribal communities and address issues throughout Indian Country.