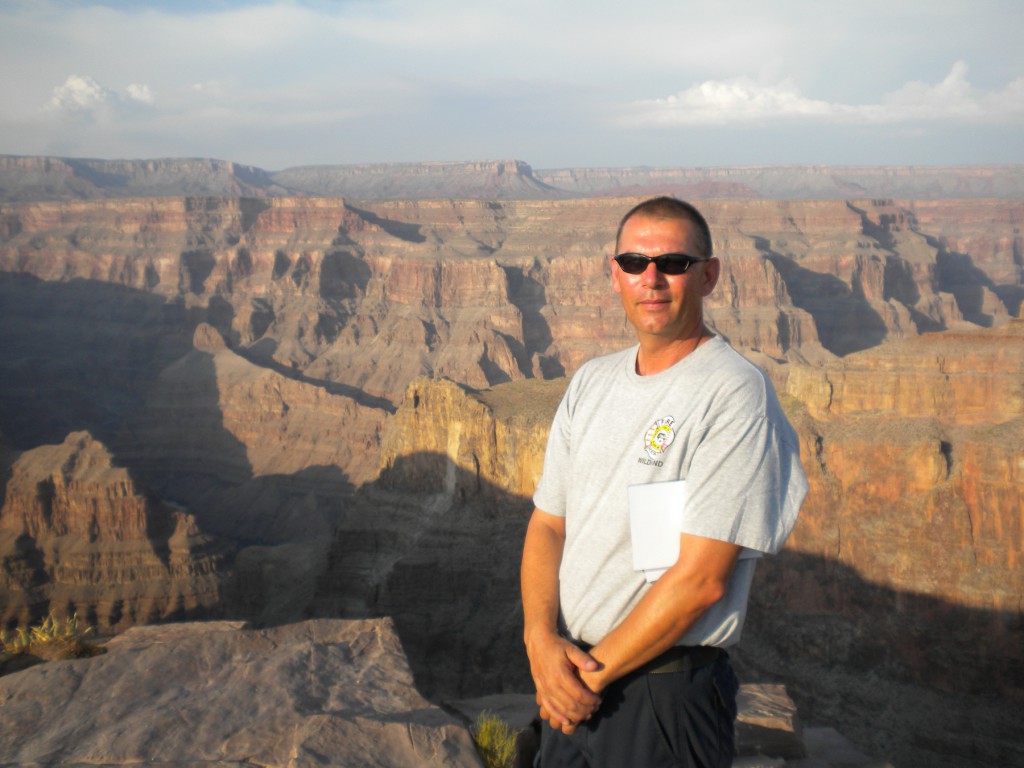 GRAND CANYON — Tragedy struck Yarnell, Ariz. on June 30 when 19 firefighters lost their lives battling a wildfire. Don Mitchell, a Seminole Tribe Fire Rescue wild land firefighter, deployed to Arizona with the Bureau of Indian Affairs to assist the Hualapi Tribe and the Havasupai Tribe of Arizona with a cluster of wildfires that continue to break out because of the state’s drought.

Mitchell, a member of the Eastern Shoshone Tribe, has worked for the Seminole Tribe for seven months and has 24 years of experience with wildfire rescue.

“I’m very honored and proud to be working for the Seminole Tribe of Florida, and I’m thankful that they are still able to let me continue to participate and help other Indian Tribes and reservations with wild land fires and all-risk incidents,” Mitchell said.

The Yarnell wildfire was the deadliest in Arizona history, and according to the National Fire Protection Association website, the last wildfire to kill more firefighters was the 1933 Griffith Park fire in Los Angeles, which killed 29. Sept. 11 claimed the biggest loss of firefighters in U.S. history with 343 lives.

The 19 killed in Arizona were members of a group of firefighters known as the Hotshots called to face the nation’s fiercest wildfires. A change in the direction of the wind, which brought 40-50 mph gusts, trapped the firefighters in the wilderness.

And the threat is not over. Many other wildfires are still being contained along the rim of the Grand Canyon.

“Since the 30th of June, we have had 17 fires ranging from a quarter-acre to 57 acres,” Mitchell said.

Mitchell and his team are making progress with two major fires that broke out on July 2 – one 4,800 acres and the other 1,800 acres.

Tourists were shuttled out of the canyon’s skywalk area as the fire burned within a quarter mile before firefighters could contain it, Mitchell said. It damaged the employees’ living quarters and severely threatened the Hualapi’s tourism industry, which could have been catastrophic for the Tribe as tourism is their main source of income. But, the team of wild land firefighters contained it.

Ninety percent of wildfires are caused by humans, resulting from campfires left unattended, burning debris or discarded cigarettes. The remaining 10 percent are started by lava or lightning. Lightning ignited the blaze in Yarnell.

Even with containment, a wild land firefighter’s work is not finished. Mitchell and his team are now monitoring the area and recording current weather conditions, fuel loading, flame length and rate of spread to ensure the fire remains contained and is eventually extinguished. They also are working with risk assessment, searching out safety zones and escape routes. Fires can take days or even weeks to completely put out.

The conditions are not easy for wild land firefighters. Every day is dangerous as they deal with rugged terrain, steep canyons, extreme temperatures and heavy juniper and ponderosa pines – which are highly flammable – with only the comfort of a tent and some wipes for a shower.

“We are very fortunate to have [Don Mitchell] as part of our team,” said Fire Rescue Chief Donald DiPetrillo. “He has excellent fire credentials and his expertise and experience is much in demand at this time of year when they have wildfires in other parts of the country.”