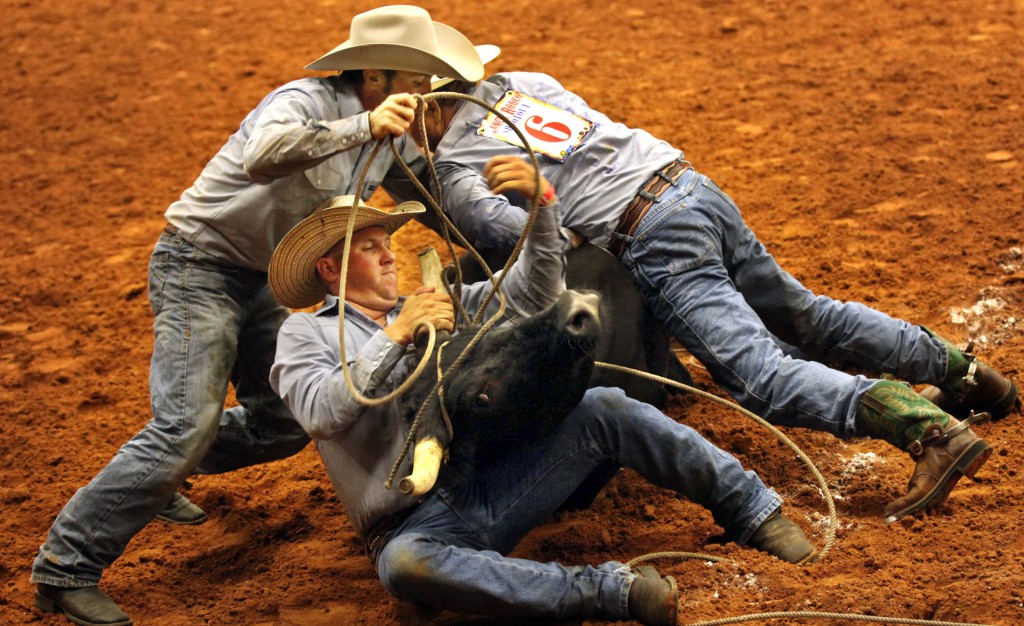 BRIGHTON — Extraordinary cowboys and cowgirls from ranches throughout Florida put talent to the test at the two weekend-long Ranch Rodeo Shootout hosted by Tribal Council and the Okeechobee Cattlemen’s Association.

Two dozen four-person teams of cattle hands, each comprised of at least one female, rode in the event that championed chores performed daily for weekly paychecks.

Ten teams launched the first night of competition Aug. 23 at Fred Smith Rodeo Arena. Ten more teams followed the next night at the Brighton arena for an audience of nearly 300 spectators.

On Aug. 31 and Sept. 1, 20 more teams battled at the Okeechobee Cattlemen’s Arena. The top 10 teams then went head to head for a Labor Day afternoon showdown and a share of $30,000 in prize cash.

Seminole participants were Adam Turtle and Kerwin Miller on the Arrow G team; Alex Johns on the First American team; and Justin Gopher and Leanne Billie on the 7 SL team.

Harris called Turtle “tougher than a box of rocks.”

“I’ve seen Adam Turtle on his feet, on his head and on his feet again. He can’t be kept down,” Harris said.

Jimmy Carter, a professional rodeo emcee based in Fort Meade, said all the cowboys and cowgirls deserved applause.

“Tonight they compete. Tomorrow they’ll be in the saddle working again,” Carter said. “A cowboy’s work is never done.”

Winners of the Ranch Rodeo Shootout: