FORT LAUDERDALE —Artist Elgin Jumper said history comes alive when he puts his paintbrush to canvas. Whether his strokes recreate a bucolic landscape or the pain of war, his use of bold and vivid colors speak loud and sure.

During a live presentation Nov. 6 at the Fort Lauderdale History Center just yards from the New River, Jumper allowed an audience of nearly 50 guests inside his head as he painted from his mind’s eye an emotional interpretation of brutal confrontations with U.S. soldiers that occurred just north of Tampa during the Second and Third Seminole Wars.

“Now, time has allowed us to honor both sides. In Florida, we have become friends and can now preserve the sites. But we still have to remember the past. For me, history comes alive when I paint,” Jumper, of the Otter Clan, said.

The mixed media theatrical performance was held to herald a two-room art exhibit called Artists Seminoli and to celebrate Native American Heritage Month. The center is housed in the historic New River Inn about a mile west of the landmark Stranahan House where Seminoles traded with white settlers in the late 1800s and early 1900s.

“This is the first time for the center to exhibit Native American art in both rooms at the same time,” said Patricia Coyle-Zeiler, the Historical Society’s executive director.

Wareham, who is also a Tribal storyteller, said he and Jumper first performed together in 2007 at a Seminole cultural presentation at Florida State University. Then, Jumper recited a few of his many native-centric poems and Wareham shared traditional stories. Later, Jumper suggested that he paint while Wareham plays the flute.

Jumper said he puts himself into a story, tries to conjure a memory and then paints what he feels. Wareham takes his cues from Jumper.

“I watch Elgin’s paint strokes and follow his rhythm. Every stroke he makes, I feel that energy and convey it to the audience,” Wareham said. “The first time we did it, the room lit up. It was like lightening in a bottle.”

In July, Jumper visited the park and spent four hours painting the legendary Tree of Tears. The massive 300-year-old live oak, now embraced by a surrounding fence, was used to shade dead and wounded soldiers nearly 180 years ago.

“Every time I visit a place like that I think deeply about it all the way home. I have to process it. I have to wind down,” Jumper said.

The painting was his first in a series of Florida battlefield and historic site paintings, according to an August report in The Seminole Tribune. The Tampa painting was his second. Jumper hopes to include Okeechobee, Dade, Ocala, St. Augustine and others in future works. 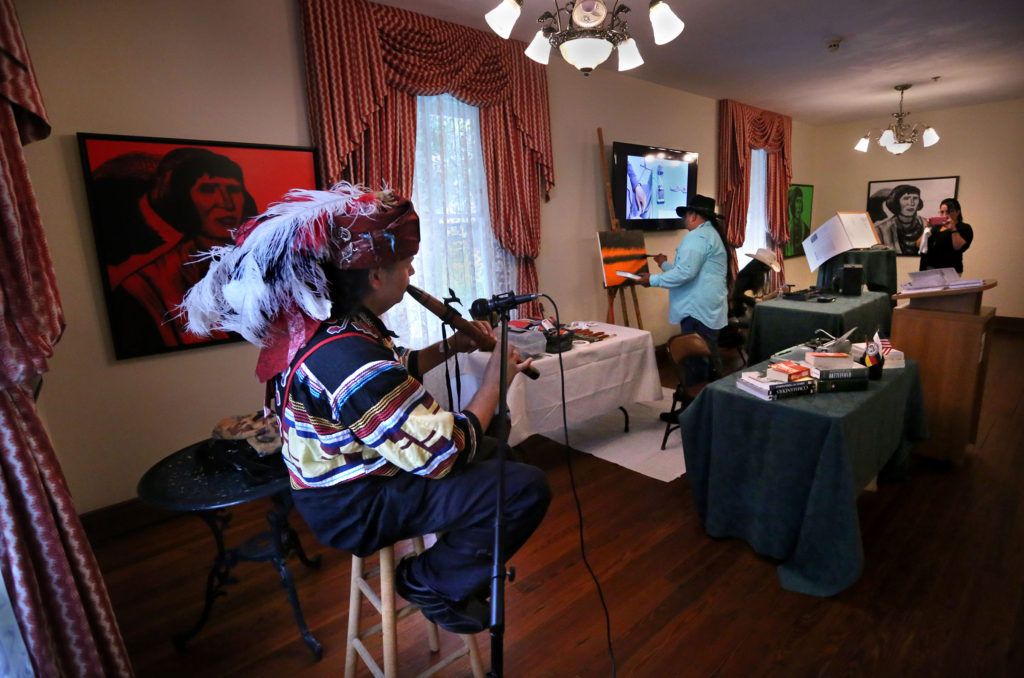 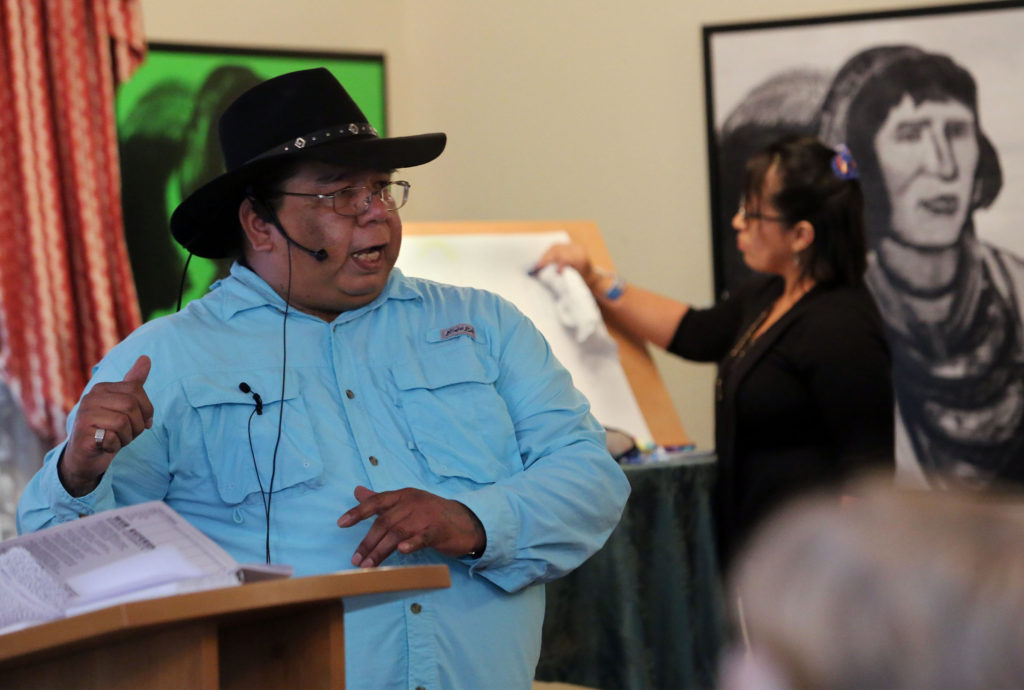 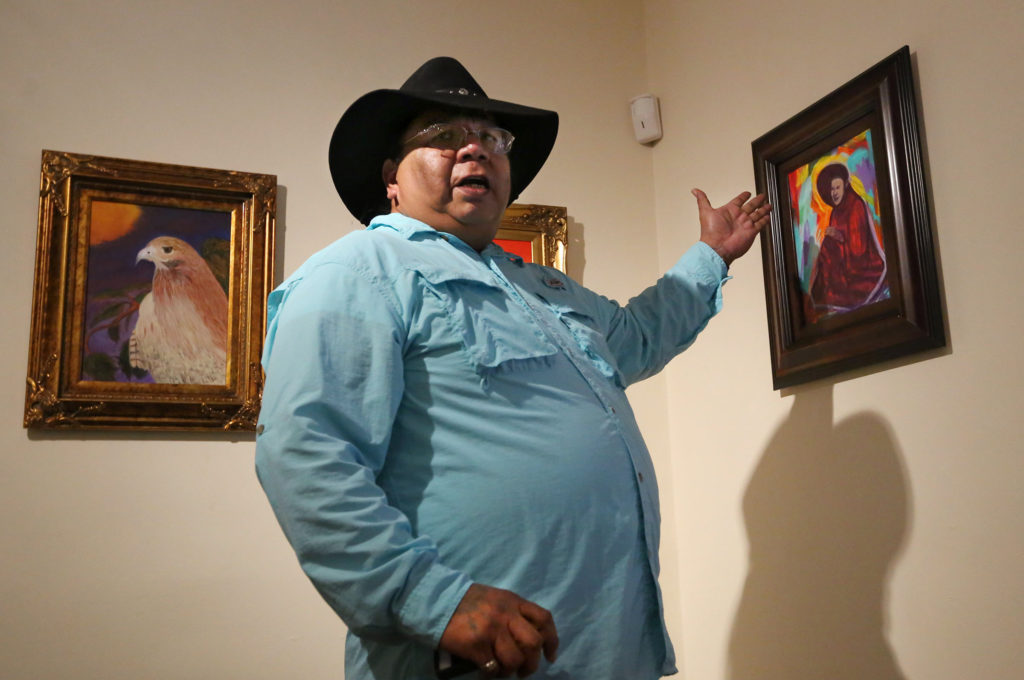 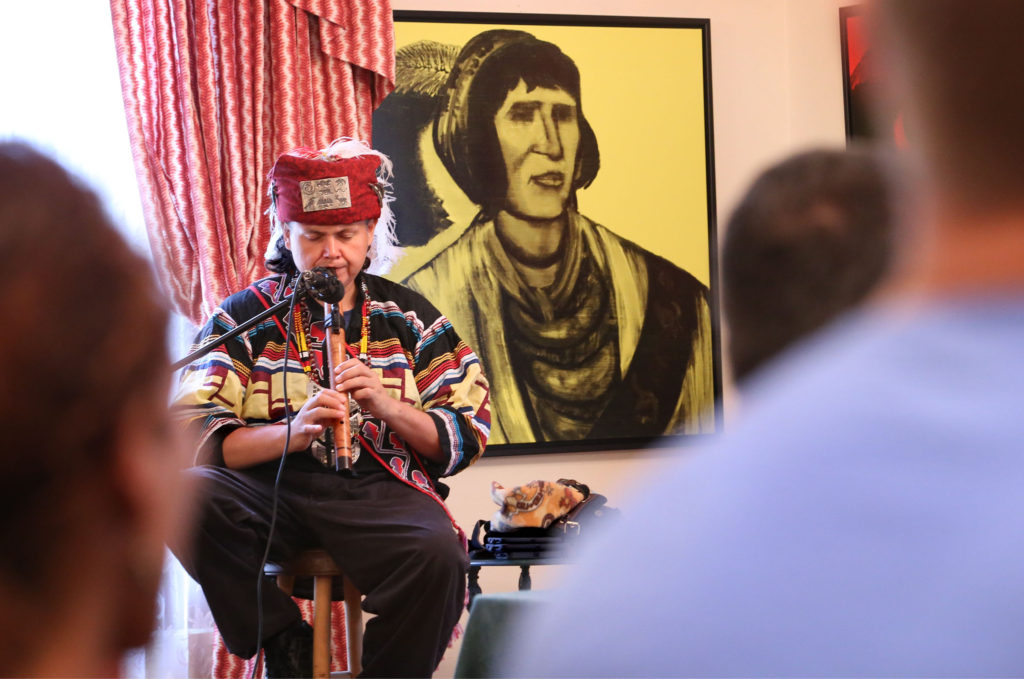 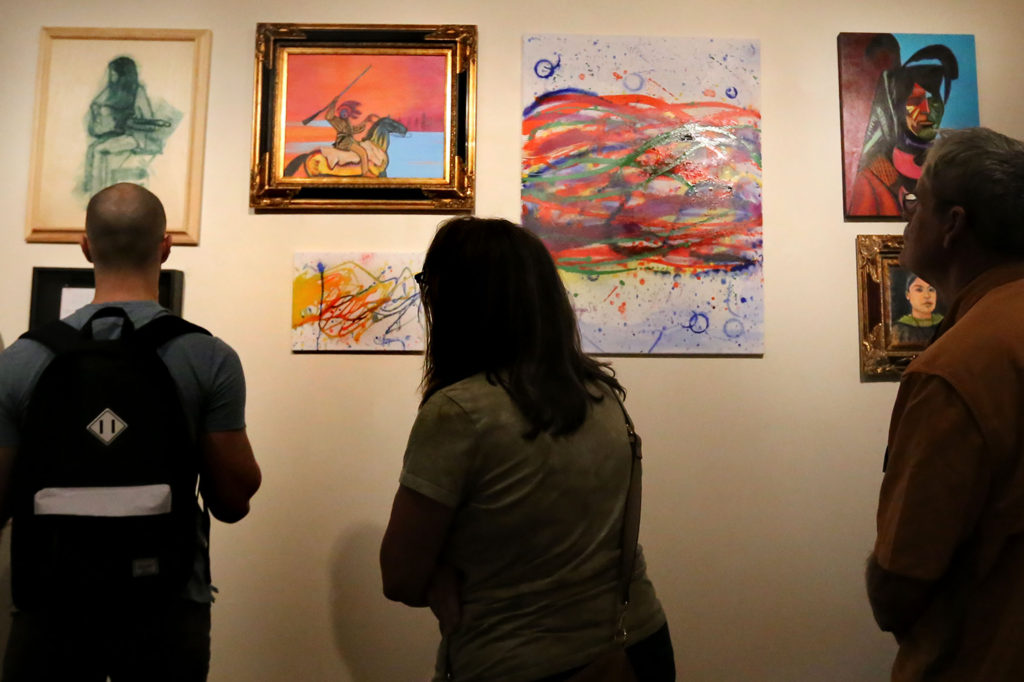